The Caltex Socceroos go into the second leg of their inter-continental World Cup playoff in a good position after an impressive display in a 0-0 draw with Honduras on Saturday (AEDT).

On a sub-standard pitch that was heavy, slow and bumpy, both sides struggled to adapt to the conditions.

Australia were rarely threatened by Honduras whose long ball game failed to cause the visitors any serious problems.

That said, the Caltex Socceroos weren’t able to take advantage of a number of good opportunities to take a lead with them back to Australia.

Overall, Ange Postecoglou's men deserved to win by a goal or two, but a 0-0 is still a handy result.

· A cacophony of noise greeted the teams who walked out at the Stadio Olimpico Metropolitano in San Pedro Sula.

· In the first 10 minutes, the Hondurans got in behind the Socceroos defence with balls through twice - Sainsbury’s perfectly timed tackle keeping Los Catrachos at bay.

· A penalty shout for Australia: Wright collided with the Honduras keeper but after the Italian referee appeared to point to the spot he conferred with his assistant and the decision was a free kick to Honduras.

· 33’ mins: Juric with the best chance of the game: through on goal with a clever flick over his defender the Aussie striker screwed it wide. A bobble on the pitch to blame.

HALF TIME: 0-0: Honduras huffed and puffed but rarely really threatened, opting for long balls over the top. Australia grew into the half with a composed and classy display.

· Two Aussie defenders were yellow carded in the opening two minutes of the second stanza.

· Australia with two excellent chances to take the lead as the pattern of the game continued: the Socceroos spurning good opportunities but looking in control while Honduras trying to hit on the break.

· 81’ mins: Mat Ryan with a strong stop to keep out Honduras. 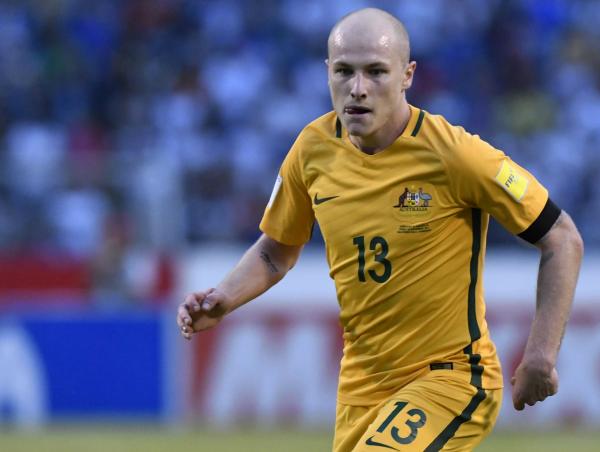 How the football world reacted to Caltex Socceroos v Honduras

The Caltex Socceroos came away unscathed from the first leg of their World Cup play-off against Honduras as a 0-0 away draw set an encouraging platform. Here's the best of the social reaction to a tense morning in San Pedro Sula. 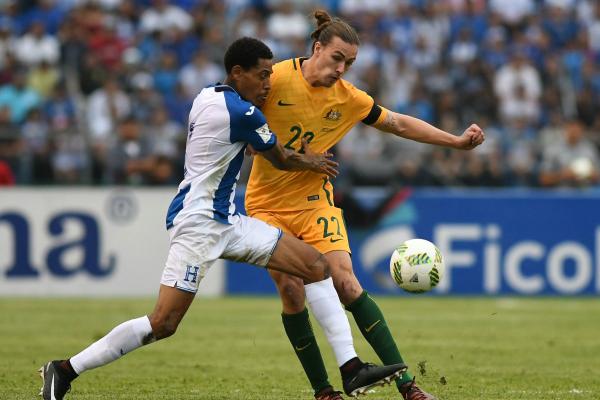 The Caltex Socceroos have it all to play for on home soil after earning a 0-0 draw in the first leg of their World Cup play-off against Honduras. Here's the story of the match in pictures from a noisy Estadio Olimpico Metropolitano. 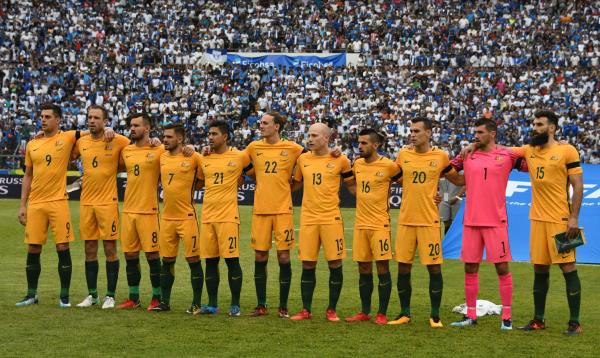 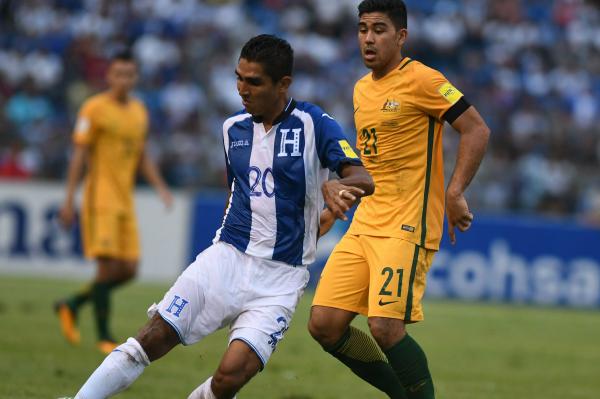 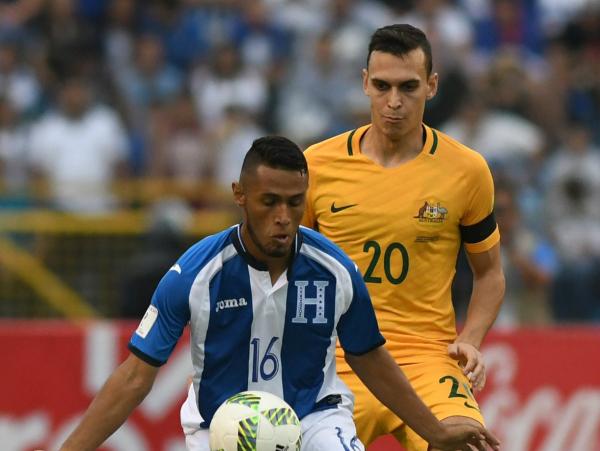 Caltex Socceroos defender Trent Sainsbury was impressed by his side's overall display in the first leg of their inter-continental World Cup playoff with Honduras. 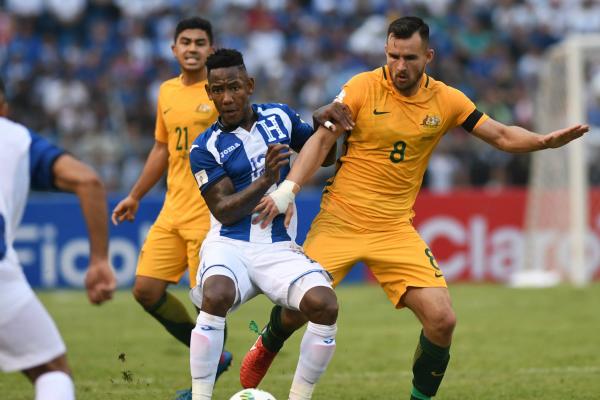 Caltex Socceroos coach Ange Postecoglou says his team took the home crowd out of the match with only poor finishing stopping them from winning the first leg of their inter-continental World Cup playoff with Honduras. Australia is in a strong position heading in to the second l 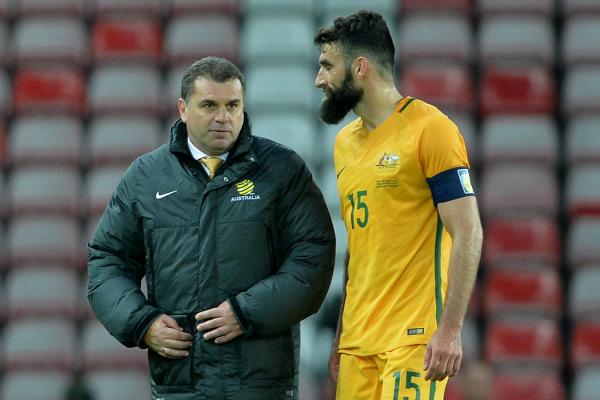 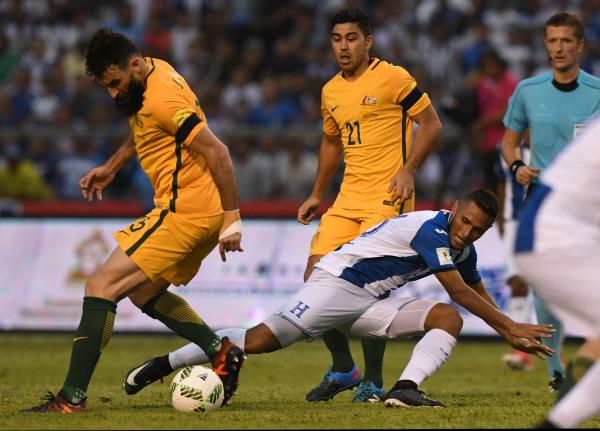 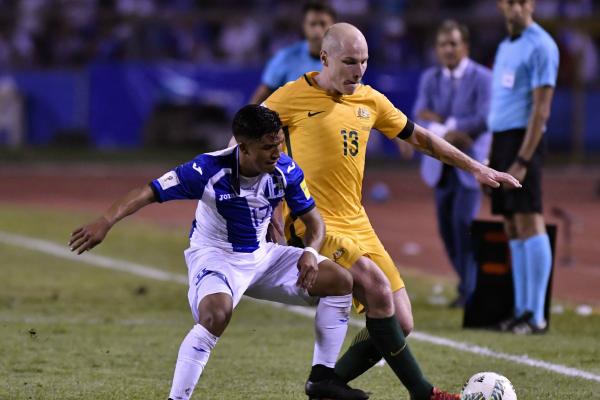 The Caltex Socceroos dominated large periods but couldn't find an elusive goal in a 0-0 draw with Honduras in San Pedro Sula on Saturday (AEDT).  Here's all the key stats and facts from the first leg of the Intercontinental World Cup play-off.  The teams could not be sep 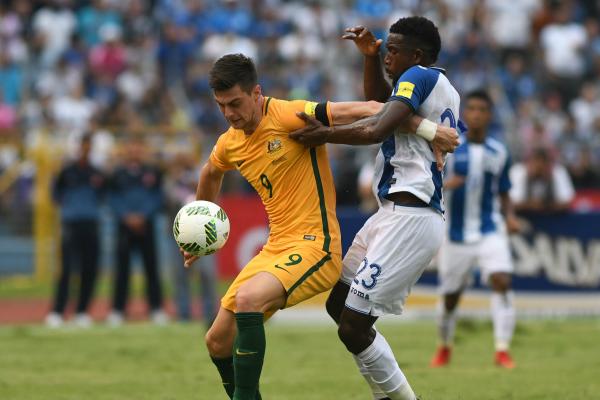 The Caltex Socceroos go into the second leg of their inter-continental World Cup playoff in a good position after an impressive display in a 0-0 draw with Honduras on Saturday (AEDT). On a sub-standard pitch that was heavy, slow and bumpy, both sides struggled to adapt to the 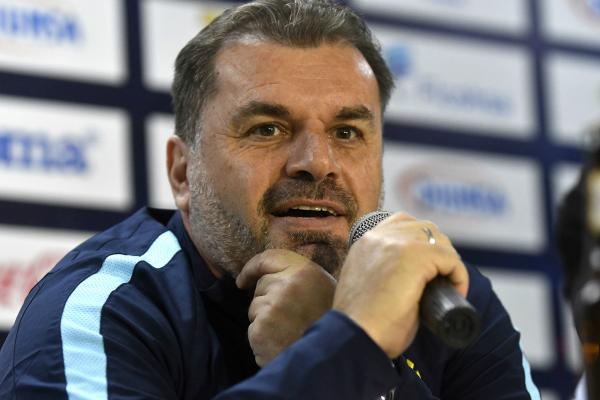 Caltex Socceroos boss Ange Postecoglou is confident his side have the experience and character to thrive in the cauldron of Saturday's (AEDT) crucial World Cup qualifying play-off against Honduras. Australia will confront a sold-out Estadio Olimpico Metropolitano in their bid 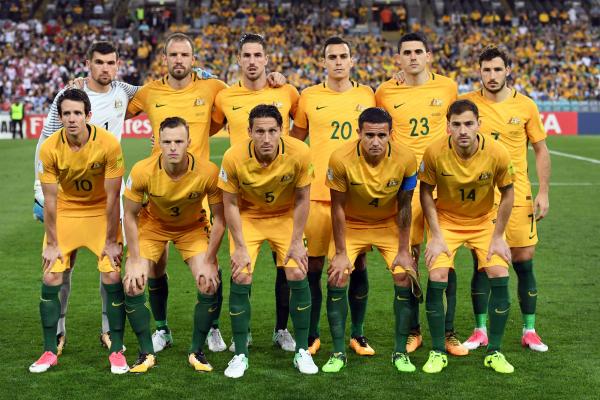 Australia have had crunch clashes and make-or-break matches in World Cup qualification ? now it's winner takes all.