Caltex Socceroos defender Trent Sainsbury was impressed by his side’s overall display in the first leg of their inter-continental World Cup playoff with Honduras.

Australia is in a good position heading in to the second leg in Sydney after an impressive display in a 0-0 draw with Honduras on Saturday (AEDT) at the Stadio Olimpico Metropolitano.

Sainsbury’s early interception inside the first 10 minutes with a perfectly timed tackle summed up his and the team’s defensive performance in San Pedro Sula.

There wasn’t a bad player anywhere on the pitch in gold. And in reality, a win could have - and perhaps should have - been the end result.

“They [Honduras] were there for the taking. I’m disappointed we didn’t come away with a win,” the Chinese-based defender told Fox Sports after the game.

“Anyone who comes in knows the system," added the 25-year-old WA product.

"Bailey [Wright] fitted in flawlessly, ‘Jurms’ [Matt Jurman] does his job, ‘Rizzo’ [Josh Risdon] was fantastic and [Aziz] Behich, what a fantastic performance.

“Our style of play is aggressive, we try to put teams on the back foot and if we can draw teams out and play through them all the better for our attackers.” 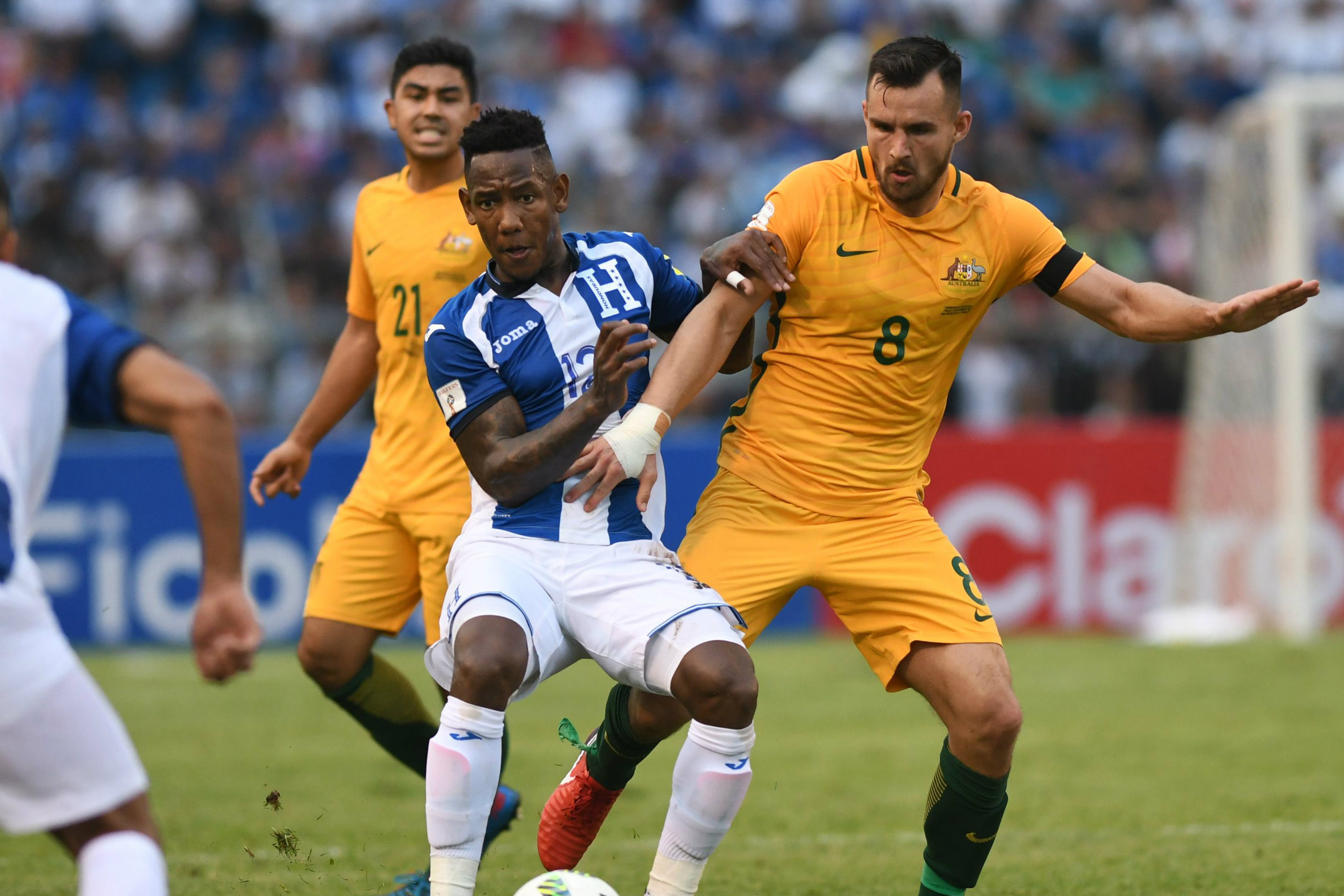 Sainsbury has often starred for the national team despite being short on match fitness at club level.

Now, with regular football for his Chinese Super League side Jiangsu Suning, he’s feeling even better ahead of the second leg next Wednesday night.

“Having 90 minutes in your legs helps and it was nice having the big man [Mile Jedinak] in front of me again," said Sainsbury, who was brilliant all night on a poor pitch.