The Socceroos remain alive at the 2018 FIFA World Cup™ after coming from behind to draw 1-1 with Denmark in Samara on Thursday night.

In another rousing performance in Russia, the Socceroos recovered from falling behind inside seven minutes before showing great resolve to get back into the contest before half-time as skipper Mile Jedinak scored the equaliser via a penalty.

READ: Created in the A-League: Made in Russia

Australia dominated the second-half as they pushed for the winner that would blow Group C wide open but were unable to make their opportunities count.

It means the Socceroos will need to win their final match against Peru next week and hope other results go their way if they are to progress to the knockout phase.

The match started in dramatic fashion with the Danes, taking an early lead through their superstar Christian Eriksen.

A brilliant lay-off from Nikolai Jorgensen saw the Tottenham star blast a fantastic volley high into the net.

Australia eventually found their feet and hit-back eight minutes before the break from the penalty spot.

This time the VAR worked in the Socceroos’ favour, spotting a handball in the box, with Jedinak again making no mistake from the spot to level the scores and send the huge contingent of Aussie fans into raptures.

It was Jedinak’s third goal at a FIFA World Cup™ and was his 12th successful penalty in a row for the Socceroos.

It was end-to-end action in the second-half with the Socceroos creating most of the chances but were either wasteful in their finishing or found Denmark keeper Kasper Schmeichel in excellent form.

2’ CHANCE FOR DENMARK – An early scare for the Socceroos as Pione Sisto’s cross found the head of midfielder Thomas Delaney, but he couldn’t hit the target from close range.

5’ SOCCEROOS GO CLOSE – The Socceroos quickly get into their stride and almost take the lead from a corner. Aaron Mooy’s pinpoint delivery is met by Mathew Leckie but he can’t keep his header down and it flies over the crossbar.

7’ ERIKSEN STRIKES – Australia fails to clear the initial danger with Nikolai Jorgensen getting the ball inside the box, flicking it into the path of Eriksen who volleyed powerfully past a stranded Mat Ryan.

24’ HUGE LET-OFF FOR SOCCEROOS – A sublime cross from the right by Henrik Dalsgaard is right into the danger zone in Australia’s box, with Jorgensen getting on the end of it but he somehow failed to hit the target.

30’ CHANCE FOR AUSTRALIA – Leckie mesmerised the Danish defence down the right with a jinking run, cutting the ball back to Robbie Kruse whose goal-bound shot was blocked by a defender.

37’ PENALTY TO SOCCEROOS – This time the VAR works in Australia’s favour as it spots a handball by Yussuf Poulsen after a header by Leckie. As he did against France, skipper Mile Jedinak made no mistake from the spot to draw Australia level seven minutes before the break.

HALF-TIME 1-1 – After a shaky start – and Trent Sainsbury almost turning the ball into his own net soon after Australia’s equaliser - the Socceroos head to the break all square thanks to the skipper’s excellent spot-kick.

54’ SOCCEROOS CHANCE – A flowing move from Australia ends with Aziz Behich whipping in a dangerous cross from the left, with a Danish defender just getting to it before Leckie was set to slam it in.

68’ AUSTRALIA INCREASE THE PRESSURE – Tom Rogic begins to find space in the middle of the park, while Leckie’s low ball across the face of goal is hacked away by Dalsgaard.

72’ CHANCES FOR SOCCEROOS – With his first touch after coming on, Daniel Arzani finds Mooy in space just outside the box and he lets rip with a thunderbolt which goes just over, before Rogic also tried his luck but Schmeichel was equal to it.

73’ INJURY FOR NABBOUT – An awkward fall from the striker results in Andrew Nabbout picking up a shoulder injury which forced him off, replaced by Tomi Juric.

88’ SCHEMICHEL DENIES AUSTRALIA TWICE – In quick succession, Schmeichel showed his class to keep out efforts from both Arzani and then Leckie soon after. 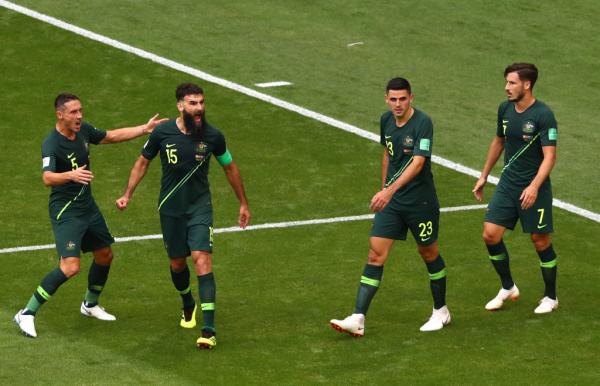 The masterstroke to exploit Denmark in biggest tournament trend

The Socceroos are still alive at the FIFA World Cup?. Bert van Marwijk's side had to get a result out of the Denmark game, and did just that ? earning a 1-1 draw while France topped Peru 1-0 in Group C's other match. It leaves the equation delicately poised and Australia kn 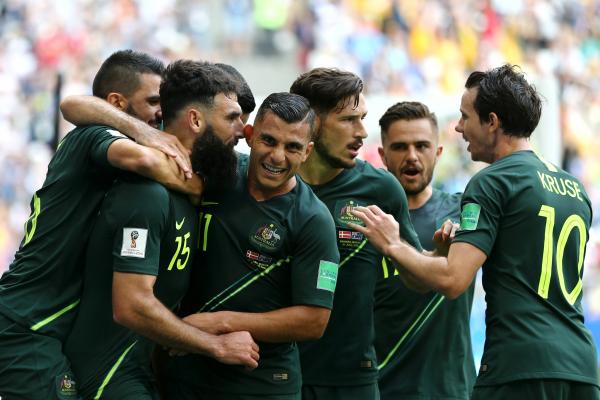 The Socceroos remain alive at the 2018 FIFA World Cup? after coming from behind to draw 1-1 with Denmark in Samara on Thursday night. In another rousing performance in Russia, the Socceroos recovered from falling behind inside seven minutes before showing great resolve to get 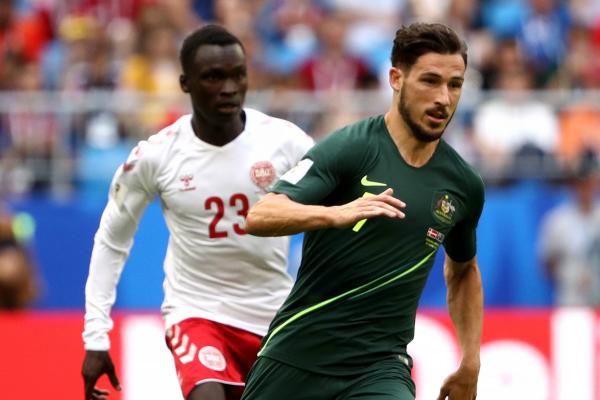 He might play in the Bundesliga and be one of the more experienced players in the Socceroos squad but Mathew Leckie's performance in the draw with Denmark was a real coming-of-age for the winger. While the official FIFA man-of-the-match was Christian Eriksen, the 27-year-old f 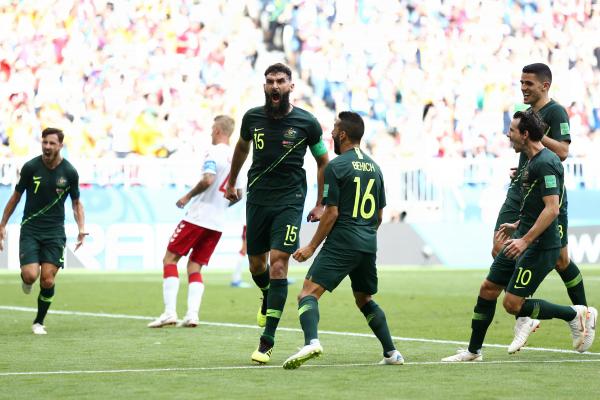 ‘We deserved more’: van Marwijk reacts to draw with Denmark

Bert van Marwijk says he's disappointed the Socceroos didn't take all three points against Denmark, believing they did enough to claim victory in their Group C clash at the FIFA World Cup? on Thursday. Despite falling behind early to a Christian Eriksen stunner, Australia regr 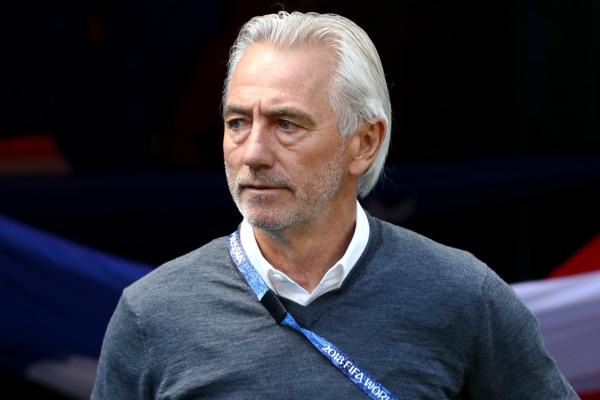 WATCH: van Marwijk’s reaction as Socceroos are held by Denmark 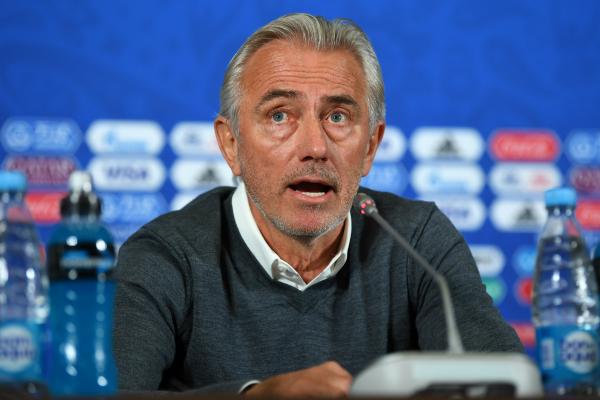 Bert van Marwijk says a repeat of the performance against France is the bare minimum for the Socceroos as they look to keep their FIFA World Cup? hopes alive against Denmark on Thursday night (AEST). Australia takes on Denmark at 10pm on Thursday in Samara ? live on SBS and Op 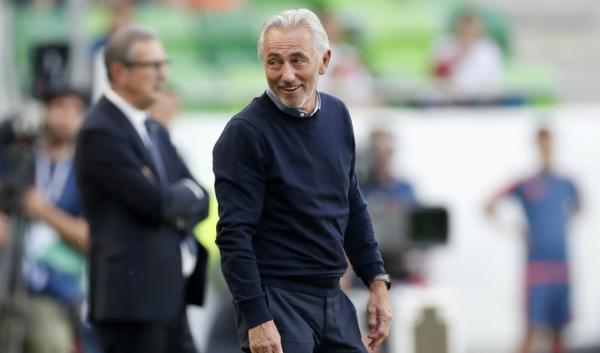 Socceroos boss Bert van Marwijk and Aziz Behich have fronted the official pre-match press conference ahead of Australia's crucial Group C clash against Denmark in Samara on Thursday night (AEST). After a first-up loss to France on the weekend, the Socceroos will be chasing all 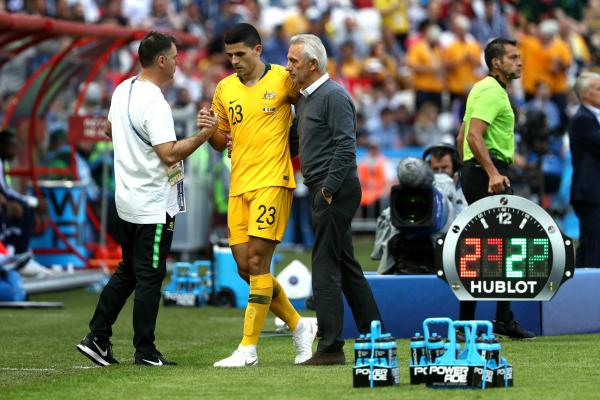 Van Marwijk's change up that could spark decisive Denmark win

The Socceroos will be desperate for all three points when they take on Denmark in their second match at the 2018 FIFA World Cup? on Thursday night (AEST). Bert van Marwijk's men put in a courageous display in going down to heavyweights France on the weekend but will now look t 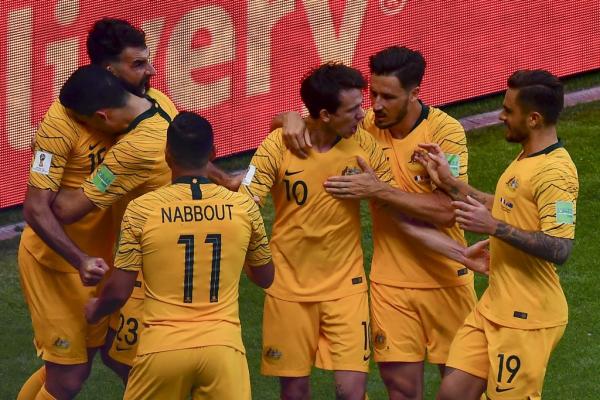 Poll: Vote for your Socceroos XI to take on Denmark

The Socceroos are set to carry a host of selection questions into their clash with Denmark on Thursday evening. An impressive collective performance first up against France may see coach Bert van Marwijk persist with the same line up that were narrowly beaten by Les Bleus on S

Denmark's assistant coach has some unique insights into the Socceroos after working under Bert van Marwijk as one dedicated Peru fan goes to extraordinary lengths to attend the FIFA World Cup?. Plus France's coach speaks about Antoine Griezmann's influence on the team as he lo 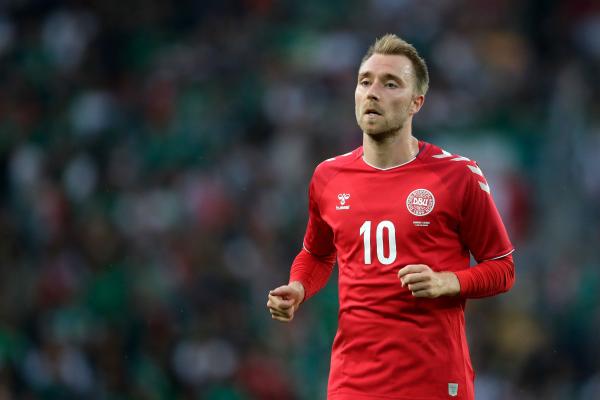 Denmark are the next opponents for the Socceroos in Group C. Having opened their FIFA World Cup? campaign with a 1-0  win over Peru on Sunday morning, the Danes pose a formidable challenge for Australia. With both teams searching for an all important win in a bid to make th 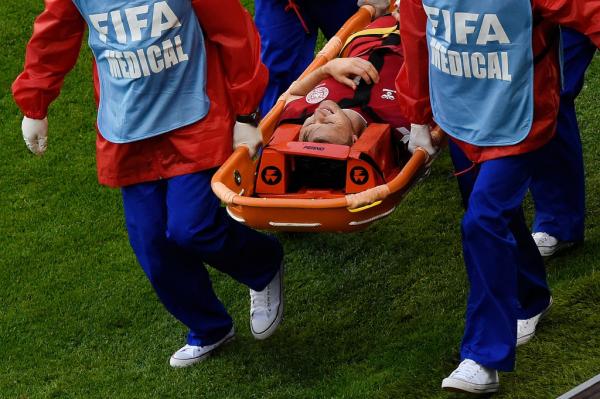 France have played out a difficult training game against an Under-19 club opponent while Denmark have seen one of their key midfielders ruled out of the tournament with an injury. Plus the latest on Peru in this edition of Opponent Watch. DAY 29 WRAP: France game dissected