He might play in the Bundesliga and be one of the more experienced players in the Socceroos squad but Mathew Leckie’s performance in the draw with Denmark was a real coming-of-age for the winger.

While the official FIFA man-of-the-match was Christian Eriksen, the 27-year-old flyer was easily the most dangerous player on the pitch in Samara.

Before the clash with Denmark coach Bert van Marwijk implored his side to create more chances.

Leckie certainly played his part in a brilliant 90 minutes. At his best he was almost impossible to deal with for the Danish defence.

His impact started inside the first five minutes, almost opening the scorer with a header which flew over the crossbar.

But aside from his tireless work-rate up and down the flank, the Hertha Berlin star was most effective with the ball at his feet. 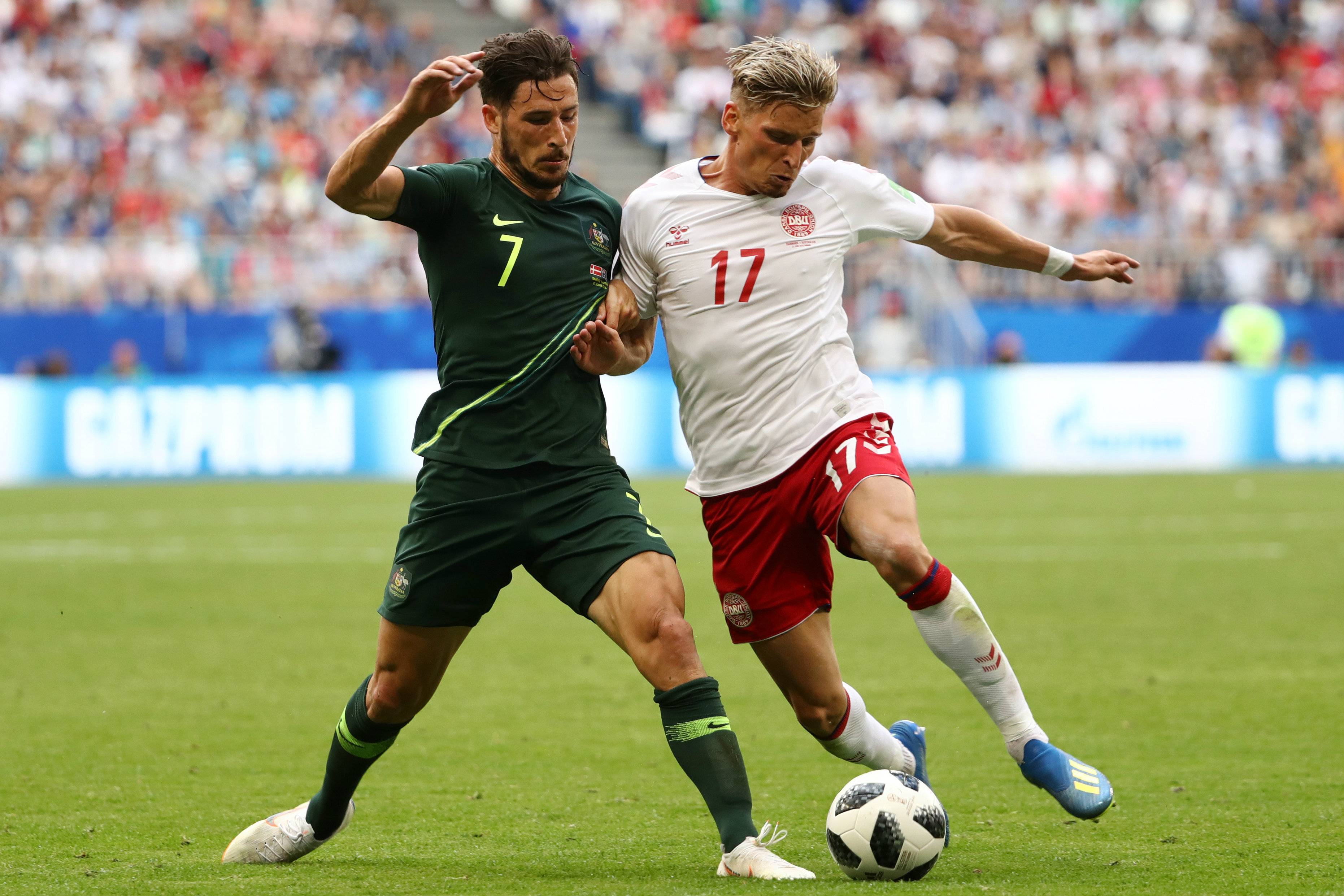 He almost set up a goal for Robbie Kruse in the first-half, weaving in and out of defenders on the right before cutting back for his fellow winger whose shot was blocked.

And then Leckie was involved in the decisive moment for the Socceroos 10 minutes before the break.

It was his goalward header that struck the arm of Yussuf Poulsen and earned Australia a penalty, which skipper Mile Jedinak converted to level the scores.

Leckie was just as dangerous after the break, almost getting on the end of an Aziz Behich cross for what would have been a simple tap-in if not for the intervention of a Danish defender.

READ: What's next for the Socceroos?

Perhaps the most impressive feature of Leckie’s display was his composure on the ball, a sure sign of his growing maturity in the green and gold.

If he can back up his performance in the final match against Peru, it might just inspire Australia to get the win that could catapult them into the knockout phase.

Here's how social media reacted to Leckie’s performance against Denmark…