The Socceroos secured six-straight international victories for the first time in 20 years as they maintained their perfect record in Qatar 2022 FIFA World Cup™ Qualifying with a 5-1 victory over Chinese Taipei on Tuesday morning (AEST).

You can watch the full match highlights in the player above.

After a couple of early chances floated narrowly wide from Brandon Borrello and Genreau, the Socceroos opened the scoring against Chinese Taipei through a familiar source.

Harry Souttar, who scored a brace last time these nations met, rose highest off a Riley McGree corner to nod home the first goal of the evening inside 11 minutes.

15 minutes later, another player whose last international goal came against Chinese Taipei doubled Australia's advantage from the spot as Jamie Maclaren was brought down in the area and hammered home his subsequent spot kick.

The Socceroos so nearly doubled their advantage immediately, striking the woodwork twice in a minute through McGree and Borrello.

They did find their third in the 41st minute, as another corner from the Birmingham City midfielder this time fell to captain Sainsbury, who headed home at the far post.

Less than 30 seconds into the second half, Australia found their fourth as debutant Genreau linked up nicely with Borrello, who lofted in a threatening delivery for Duke to flick home at the front post.

The away side pulled one back after 61 minutes, as a well-orchestrated cut-back towards debutant Gao Wei-Jie was rocketed into the top right corner - leaving Danny Vukovic with no chance.

But with five minutes to play, Australia capped off a solid performance with Duke's second and their fifth, as the Western Sydney Wanderers striker latched onto a Nikita Rukavystya lay-off to tap home into an empty net.

The Socceroos will be in action again on Saturday morning (AEST) against Nepal - kick-off will be at 2am (AEST).

Socceroos legend Tim Cahill made a special virtual appearance in camp to present caps #610, #611 and #612 to recent debutants Denis Genreau, Connor Metcalfe and Ruon Tongyik.  You can watch the powerful presentation in the player above.  The Socceroos legend is no stranger 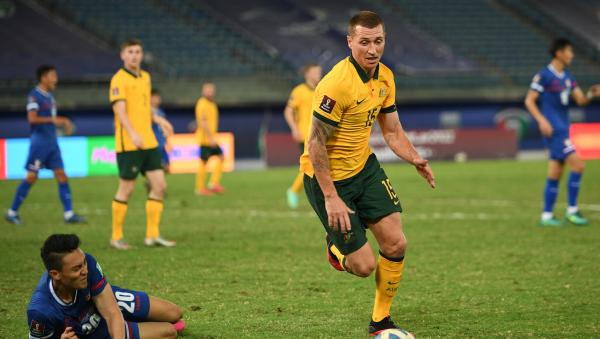 Socceroos forward Mitchell Duke says achieving anything less than maximum points from two remaining Qatar 2022 FIFA World Cup? qualifiers would be considered a disappointment for a highly motivated Green and Gold squad with a five-point lead at the top of Group B. Australia ca 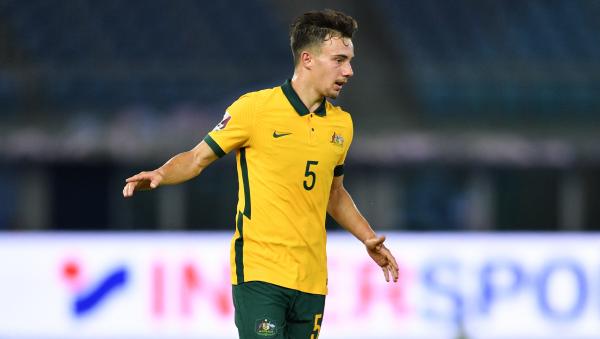 Denis Genreau made history in more ways than one when he became Socceroo cap #610 against Chinese Taipei on Tuesday morning (AEST).  The 22-year-old is not only now the first man to play for the national team while representing Macarthur FC, but he also became the first French 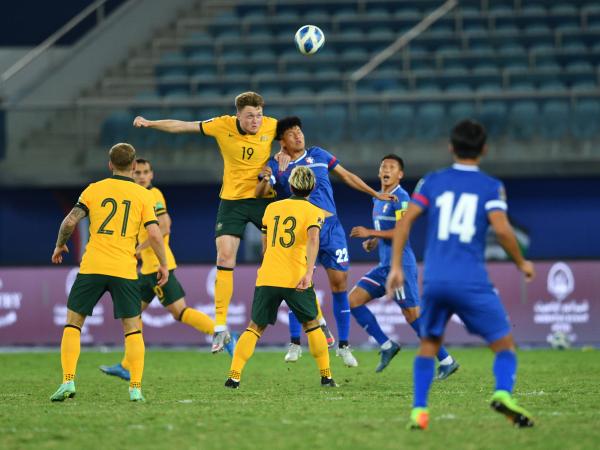 The Socceroos have officially embarked on their best winning streak in 20 years, after claiming a sixth consecutive victory in Qatar 2022 FIFA World Cup? qualifying with a 5-1 victory over Chinese Taipei on Tuesday morning (AEST).  The last time the men's national team went on 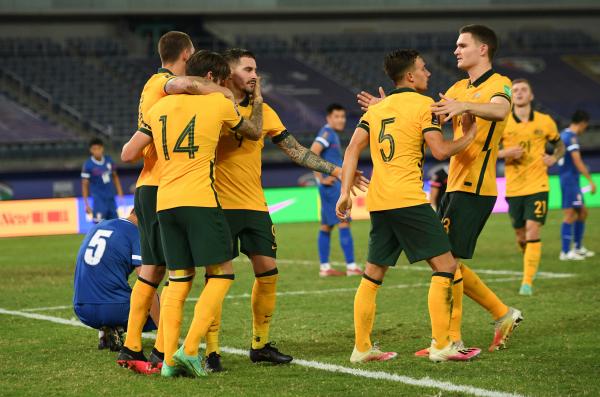 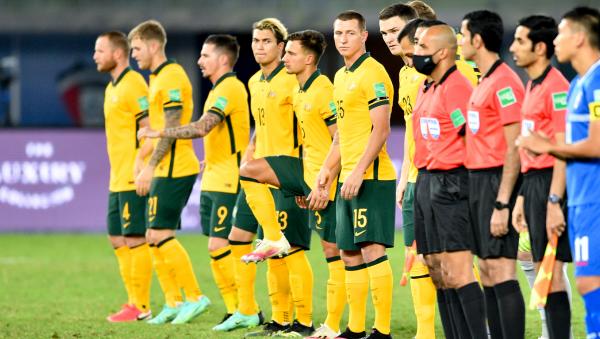 During Australia's FIFA World Cup Qualifying match against Chinese Taipei, the Socceroos wore black armbands to honour a number of significant contributors to Australian football who have sadly passed in the time between November 2019 and this current window. In the 18 months 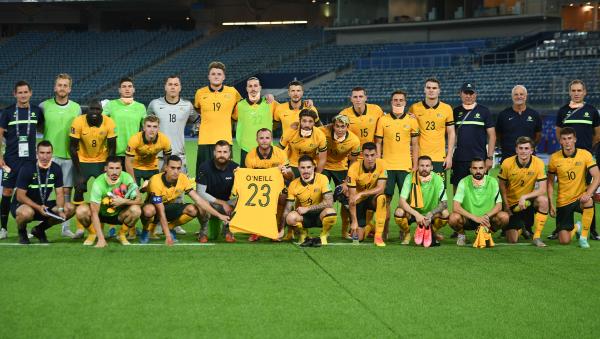 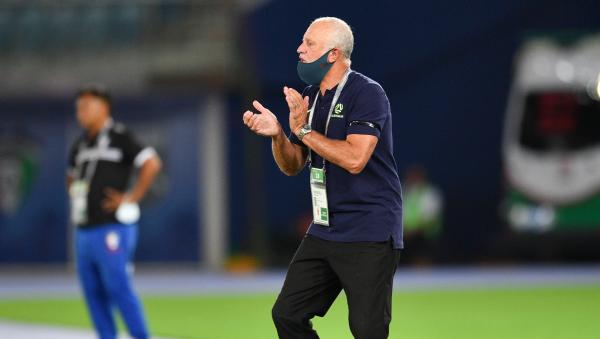 Socceroos head coach Graham Arnold was pleased with what he saw as his new-look Australia side enjoyed a 5-1 victory over Chinese Taipei on Tuesday morning (AEST).  Captain in Kuwait City Trent Sainsbury entered the match with 48 international caps to his name - while the rest

The Socceroos secured six-straight international victories for the first time in 20 years as they maintained their perfect record in Qatar 2022 FIFA World Cup? Qualifying with a 5-1 victory over Chinese Taipei on Tuesday morning (AEST).  You can watch the full match highlights 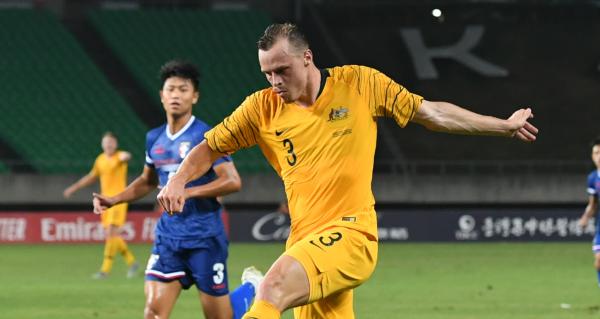 Brad Smith ruled out of Socceroos’ qualifiers in Kuwait

Defender Brad Smith has been ruled out of the Socceroos' forthcoming FIFA World Cup Qatar 2022?? & AFC Asian Cup China 2023?? ? Preliminary Joint Qualification Round 2 fixtures due to injury. Smith sustained a minor niggle in camp and while it is not anticipated that the injur 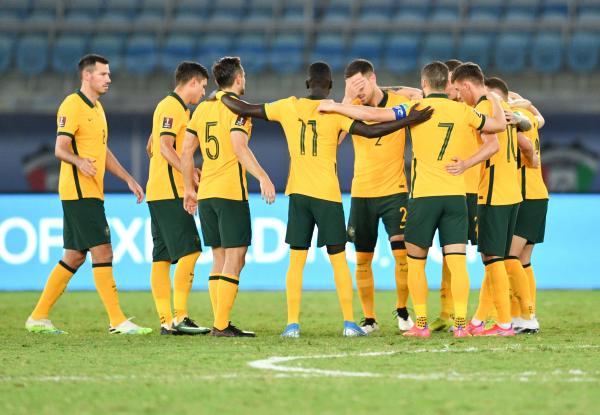 The Socceroos return to action on Tuesday morning (AEST) as they gear up for their FIFA World Cup Qualifier against Chinese Taipei. Australia made their long-awaited return to action in style last week, comfortably seeing off Kuwait 3-0 after a 567 day hiatus. Graham Arnold 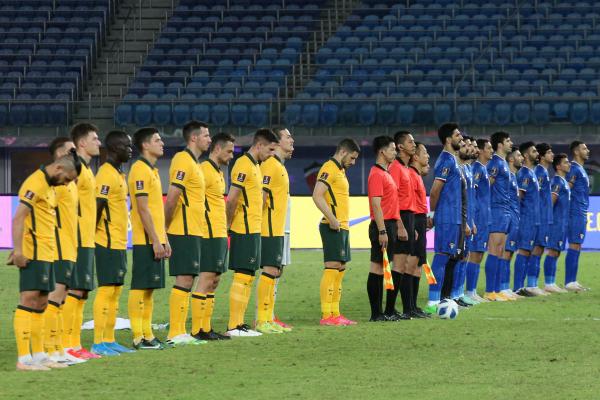