The Socceroos return to action on Tuesday morning (AEST) as they gear up for their FIFA World Cup Qualifier against Chinese Taipei.

Australia made their long-awaited return to action in style last week, comfortably seeing off Kuwait 3-0 after a 567 day hiatus.

Graham Arnold's side wasted no time against Kuwait with Mathew Leckie getting on the scoresheet after 53 seconds, before a Jackson Irvine tap-in and pinpoint free kick from Ajdin Hrustic wrapped up the victory.

The three points was saw the Green and Gold reinforce their position at the top of Group B, extending their lead to five points with three matches left to play.

Australia and Chinese Taipei last met on October 15, 2019, when the Socceroos raced to a 7-1 triumph at Taipei Municipal Stadium, with Adam Taggart, Jackson Irvine and Harry Souttar all helping themselves to a brace while Jamie Maclaren also got in on the action with one of his own.

Arnold’s men will no doubt be hoping for a similar performance as they go head to head with a Taipei side who are sitting bottom of the group and most recently fell 2-0 to Nepal.

RECAP AND HIGHLIGHTS: The Socceroos overcome Kuwait on international return

Check out more details on how to watch here. 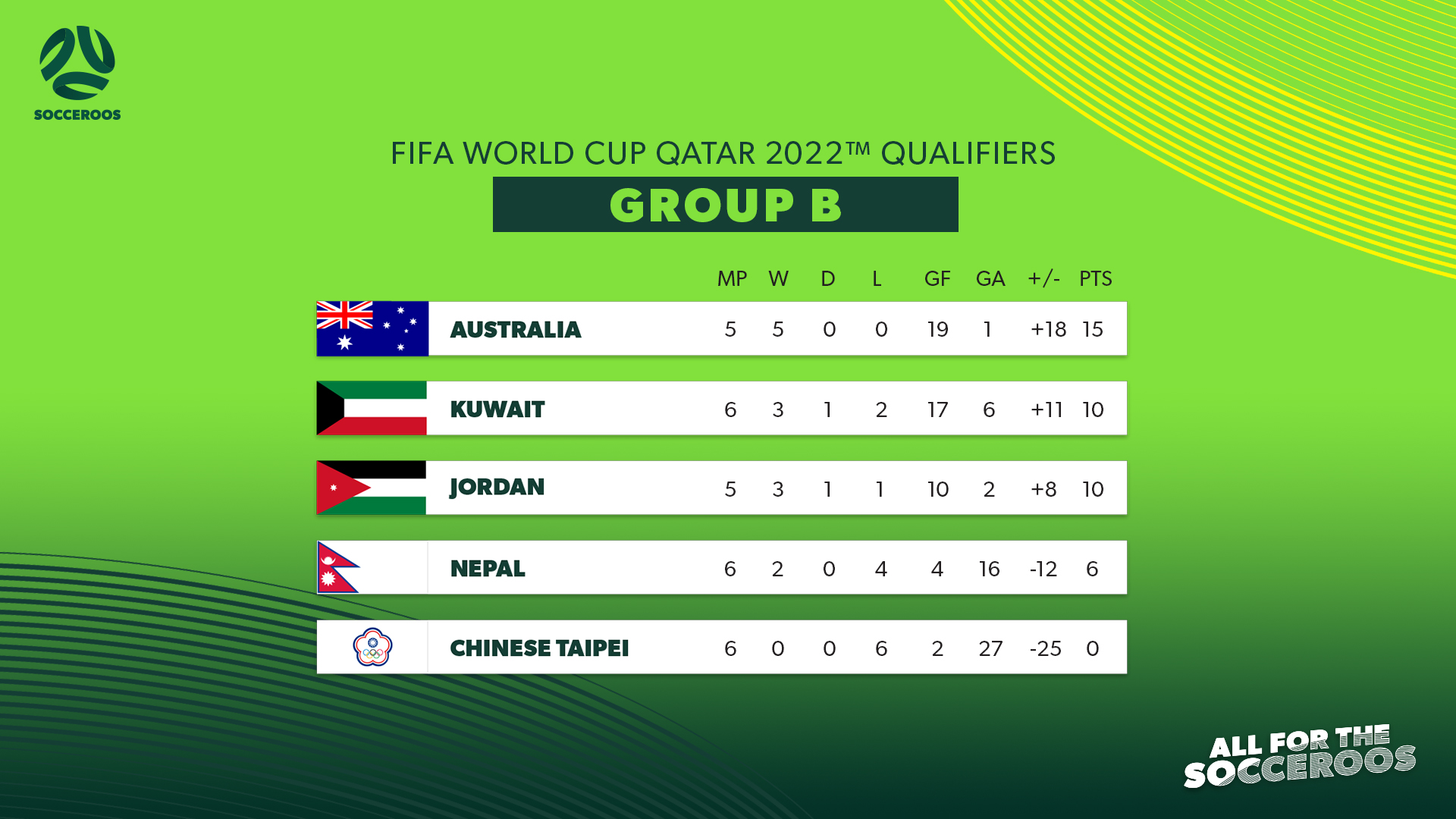 On rotating the squad:

"We still have a few players to look at but the plan is to freshen up the squad. The boys did a great job against Kuwait and I expect an even better performance tomorrow night."

On integrating the late arrivals into the squad:

"The late arrivals have only been here for four or five days and every day is important for them to be connected to the family. We will have a good training session, but I think you can expect a few A-League players to play... they're more than ready."

On Trent Sainsbury and Harry Souttar's chances of playing:

"The intention is for those two to start tomorrow night. So they're recovered quite well, they trained great last night - their energy was fantastic.

On the fitness of Apostolos Giannou:

"He still has a slight injury in the rib, but we have plenty of depth in that position and I'm not going to throw anyone on the field that is not 100% fit. He's getting better and better and we'll take one step at a time with him."

Areas to improve on from the Kuwait game:

On making attacking changes to the lineup:

"Jamie (Maclaren) at this moment will start tomorrow night. He's got great confidence, great belief at the moment and he'll bring that in with a Socceroos jersey tomorrow night."