It seems only fitting that Tim Cahill’s final hour as a Caltex Socceroos player should arrive at the scene of so many fantastic memories with the national team.

But of the countless moments that Cahill has helped etch into Australian footballing folklore, the 38-year-old says his match-winning double against Syria in 2017 ranks among his favourite hometown memories.

“It’s definitely up there in the top five in my career for the Socceroos because of the meaning of the game, what it meant to win,” Cahill told www.socceroos.com.au.

“It was a time as well personally that I wasn’t playing for my team for weeks and then called upon for the Socceroos to play 120 minutes.

“It was so special because it was the first goal from a Lecks [Mathew Leckie] cross and the second one from an Aaron Mooy through ball and then Krusey [Robbie Kruse] left foot cross… it was just amazing because when that ball hit the back of the net I knew that in that time we’d pretty much won the game.

“With Lecks and Krusey assisting as well, it was special because I’ve got a real close affinity with them and when we play together there seems to be magic all the time happening on the pitch and that was a magical moment for me in my career.”

Cahill has tallied six goals in the Harbour City throughout his international tenure, but none were more important than that brace against the Middle East nation.

The Caltex Socceroos would go on to defeat Honduras 3-1 on aggregate in a FIFA World Cup™ World Cup qualifier to secure their fourth consecutive appearance at the tournament.

Cahill’s Syria heroics stand as his final goals in Australian green and gold – but he will have the chance to add one more to that tally when the Caltex Socceroos host Lebanon on November 17.

He says he can’t wait to wear the Australian badge one more time.

“Wearing the jersey is a badge of honour. You’re representing 24 million plus Australians across Australia and around the world,” he said.

“I knew early what it meant to play for my country. I knew that it was more than a game and a chance to go and fly the flag for all the young children that look up to me.

“The only way I make examples is by doing it physically on the pitch and that was my motivation and drive, regardless of any noises off the pitch.” 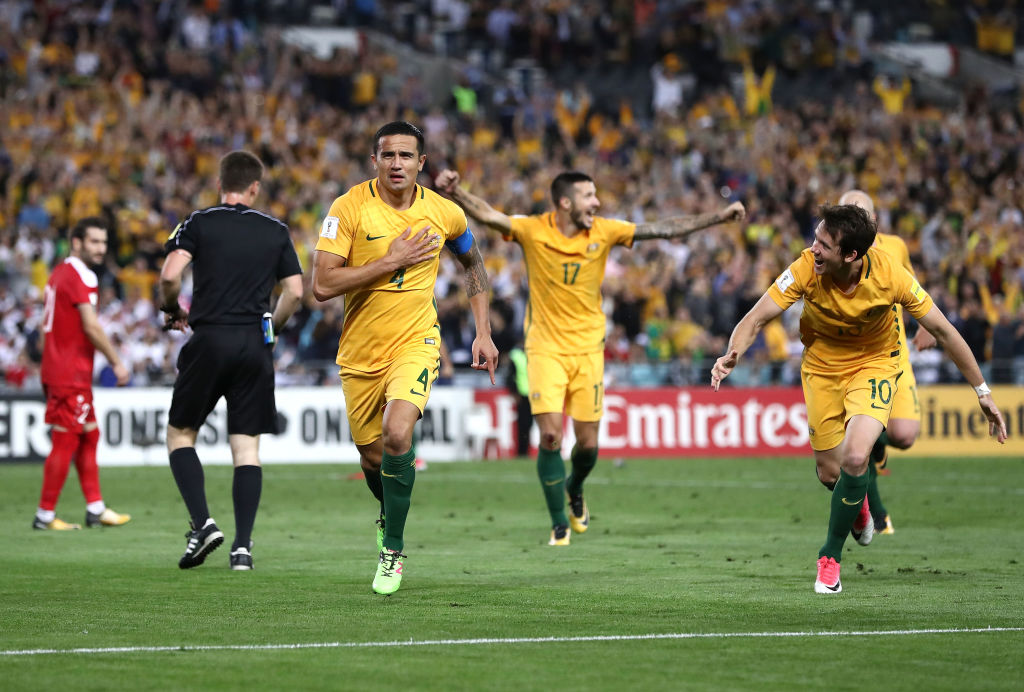