He may be one of the most experienced players in the current Caltex Socceroos squad but goalkeeper Brad Jones is excited by the pool of young talent coming through to shape a new era for the team.

Since taking the reins of the national team after June’s FIFA World Cup, coach Graham Arnold has called a cluster of youngsters into his training camps in both Turkey last month and now in Dubai.

And there could be as many as four debutants in next Tuesday’s (AEDT) friendly against Kuwait, with the likes of Awer Mabil, Denis Genreau, Thomas Deng and Kenny Dougall all pushing for selection.

A stalwart of the Australian team, Jones admits the injection of fresh faces proves the depth in the national team is improving all the time.

“There’s a few additions with the younger boys coming in which is good. We got to see a few of them last month in Turkey and they performed well and hence the reason why there’s still a few of them here now,” Jones told www.socceroos.com.au.

“They showed what they can do, they are performing for their clubs as well and that’s a bonus for the country to have these young guys being able to step in and perform at this level.

“It’s important and shows the pool is there to be able to bring these players through.”

With Mat Ryan missing this international window through injury, Jones is one of three keepers in the squad hoping to start against Kuwait, alongside Danny Vukovic and Mitch Langerak.

All three have been in superb form for their clubs making it tough for Arnold to choose his number 1, with Jones admitting the trio are pushing each other hard to get the nod.

“We have a great group of ‘keepers and the training level is always high because it is natural that you are competing against the guys in training,” said the 36-year-old, who plays for Al Nassr in Saudi Arabia. 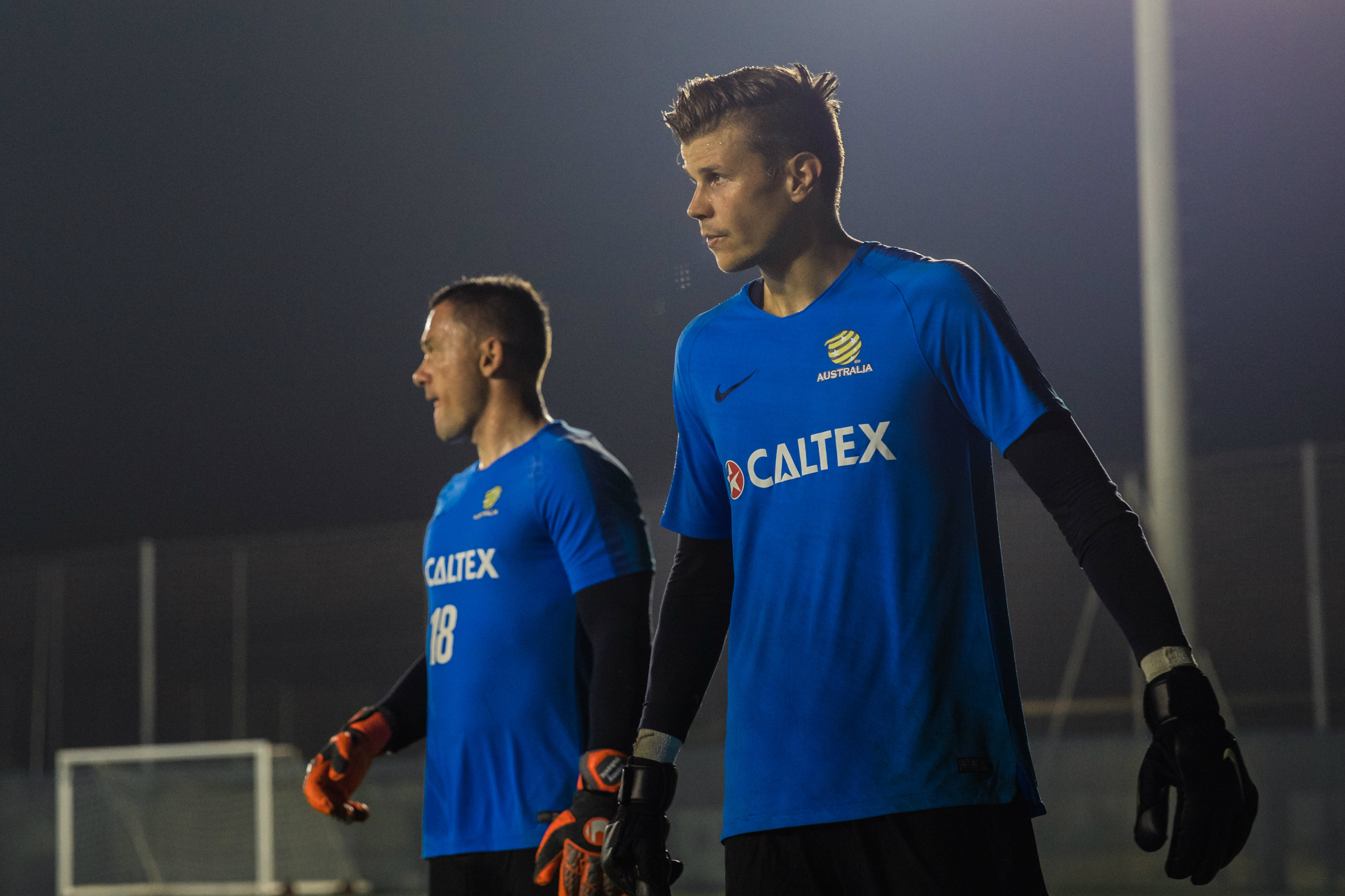 “But we get along well off the pitch as well, which I would say is an important factor. You want whoever is playing to do well.

“We are in there working towards one goal. It is enjoyable to come in and train hard.

“You want to come in and push as hard as you can, and these guys are constantly doing that as well, so I think it is perfect both on an individual level and a team level.”

Jones is hoping to go to a third AFC Asian Cup tournament in January after he was a part of Australia’s AFC Asian Cup squads in both 2007 and 2011.

“They were two great experiences and times that you definitely learn from,” Jones said.

GALLERY: Caltex Socceroos down to business in Dubai

“The boys definitely put it on the map in the last one [winning in 2015] and performed unbelievably at home and we want to try and replicate that.

“It’s an important time for us coming so soon after the [FIFA] World Cup and with the changes, Arnie coming in and wanting to implement his way on how we’re going to play.

“It’s a big time to look forward to and something I would definitely relish.”