Awer Mabil believes the Caltex Socceroos are ready to open the attacking floodgates in next Tuesday morning’s (AEDT) friendly with Kuwait.

Australian footballing fans will get their first chance to view Australia under Graham Arnold when the team clash with the Middle Eastern nation in a crucial pre-AFC Asian Cup hit-out.

MUCH MORE THAN RAW PACE: Mabil reveals how Europe has changed him as a player
PROGRESS REPORT: Awer Mabil
WELL PREPARED: No stone unturned for Caltex Socceroos ahead of Kuwait clash

The 23-year-old says the Caltex Socceroos are eagerly awaiting the opportunity to put Arnold’s principles into practice and showcase their new brand of attacking football to the country.

“It’s quite exciting, from the last camp you could see in training what we did will be quite exciting for the fans,” Mabil told media on Tuesday afternoon.

“Hopefully when they see our game they will start to see what we are working on in training.

“It’s really exciting to be involved and seeing the style of coaching and the way we want to score goals, because a lot of people are talking about who’s going to score the goals now. 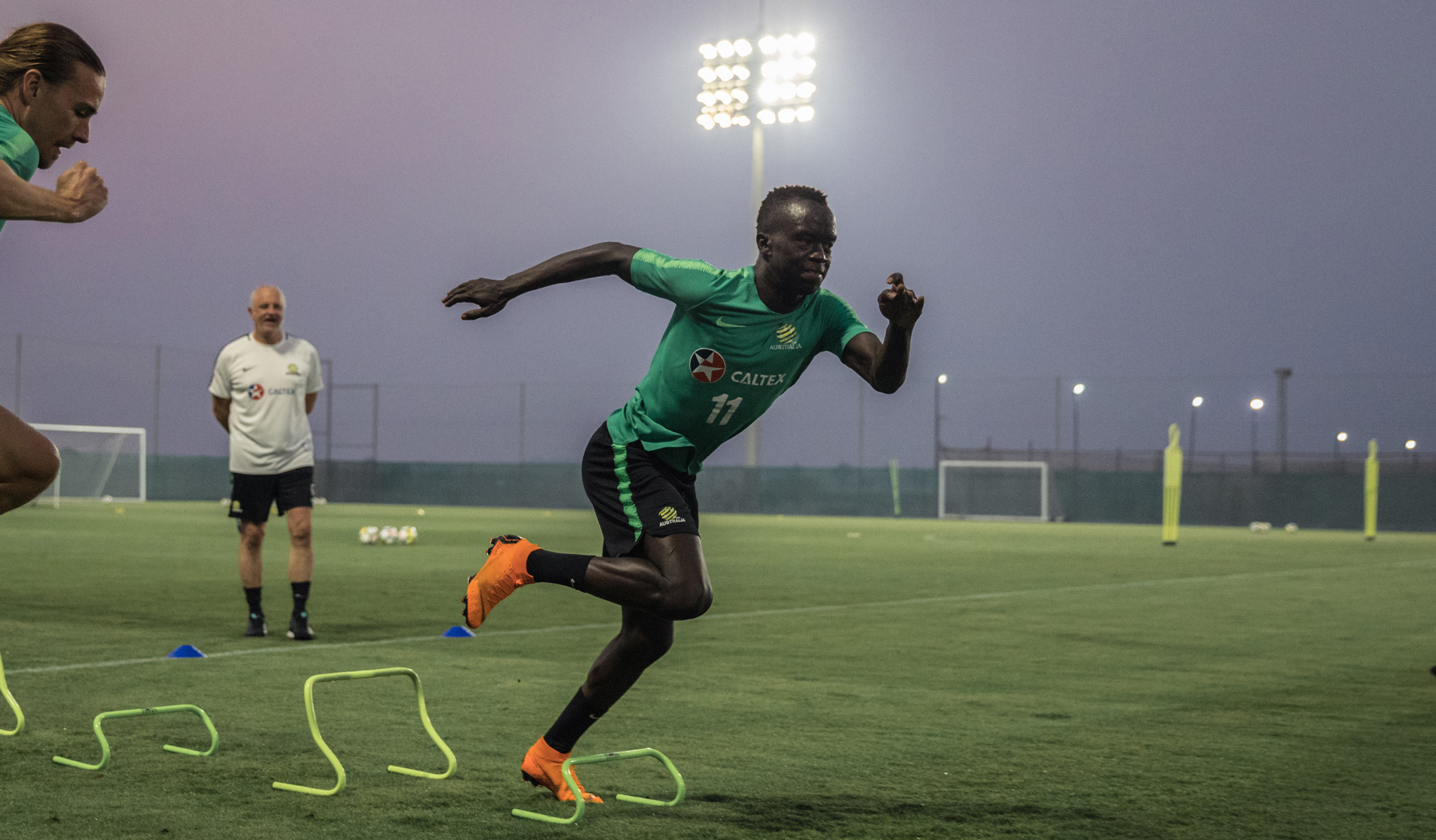 After receiving his first senior Australia call-up in August, Mabil will be one of three players in line for their maiden Caltex Socceroos cap when the Arnold era commences on the pitch in a week’s time.

That would be a thoroughly merited reward for the Kenyan-born flyer’s dedication to honing his craft after moving to Danish powerhouse FC Midtjylland in July 2015.

Mabil has hit the best form of his Midtjylland career of late and with four assists and a debut goal in the Danish Superliga he is now firmly in the first-team plans of coach Jess Thorup.

The former Adelaide United winger is hoping to do the same thing on the national stage, where he could prove to be a key figure in fronting Australia’s new attacking mentality.

“I just have to work hard and then if I’m part of the plan I will do everything to the best of my ability to make sure that in attack or in midfield or wherever I play I give the best for the country,” he said. 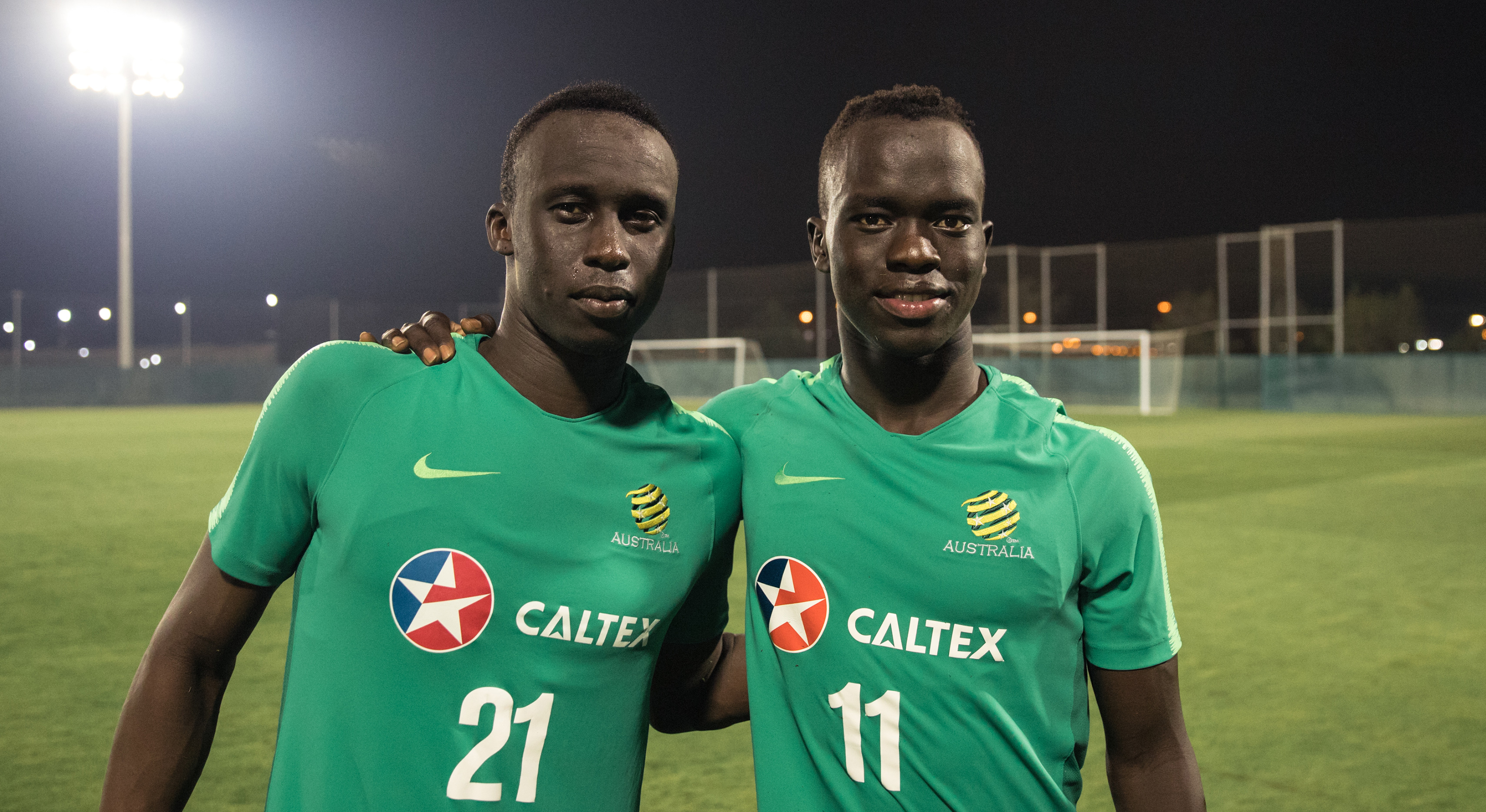