Graham Arnold’s men are aiming to rebound from a narrow defeat to Jordan in last weekend’s tournament opener and have set their sights on a stronger showing at Rashid Stadium.

Palestine later drew 0-0 with Syria as important positions in Group B were left very much up for grabs.

Get the full lowdown with your comprehensive guide to the Friday night feature!

Three points and an improved performance will be top of the agenda following the 1-0 loss to Jordan.

Australia pressed and probed without reward in Al Ain as Anas Bani Yaseen’s first-half header made the difference in a match of fine margins.

Mat Ryan, Milos Degenek and Rhyan Grant have all since spoken about taking the positives and moving forward and the date with Palestine is an opportunity to demonstrate resilience.

Young wingers Chris Ikonomidis and Awer Mabil were among the more impressive performers last time out in an encouraging sign of how the squad’s relative newcomers are taking to the challenge.

The next step for the group is to turn promise into a result that could prove the launching pad for the rest of the tournament.

Playmaker Tom Rogic is expected to be good to go despite suffering a hand injury in the clash with Jordan.

The Celtic star has taken part in training this week and is expected to be available. 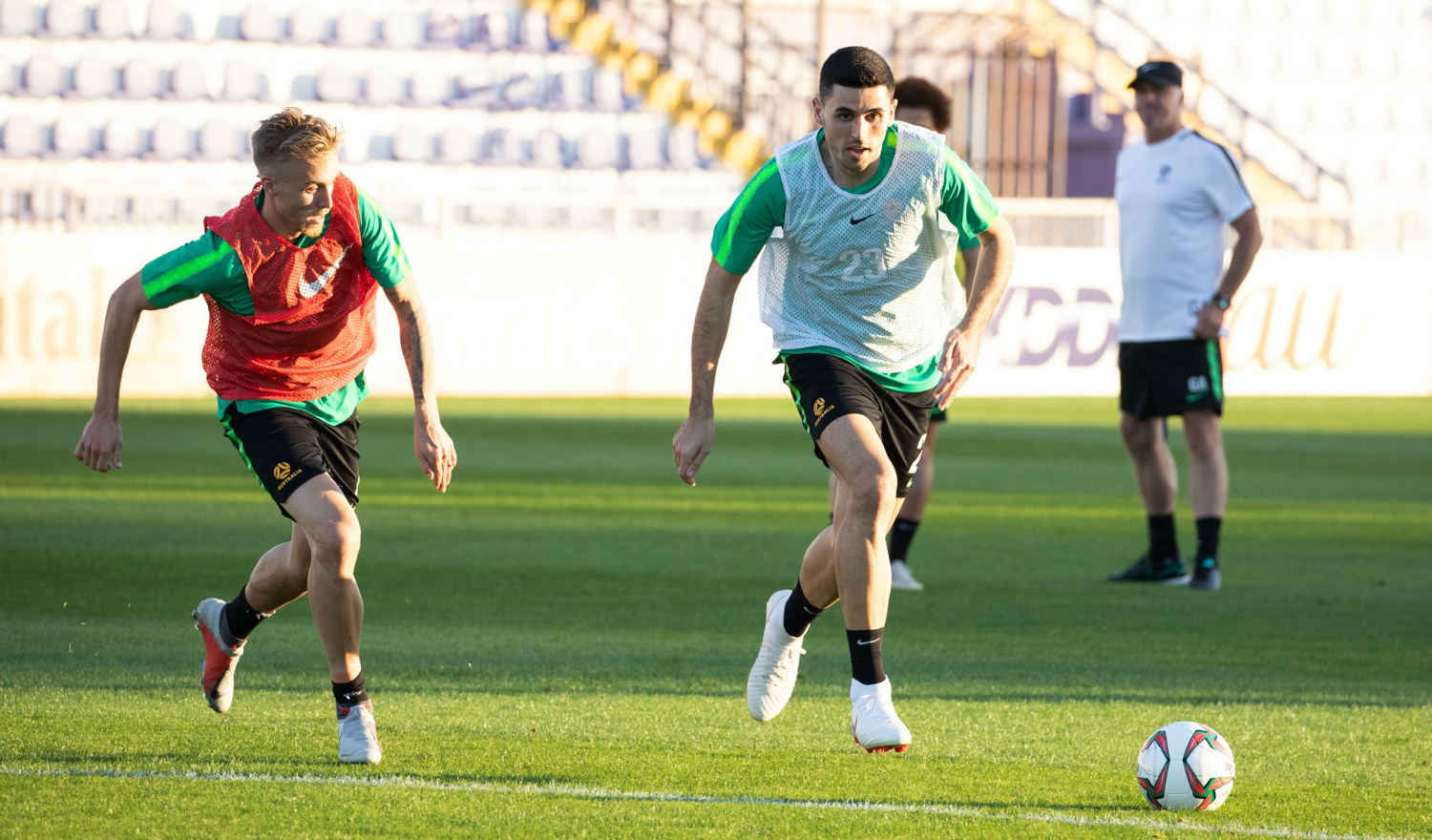 After missing the Jordan game with a groin problem, striker Andrew Nabbout is working his way back to full fitness and has been running and working with the ball during sessions.

Right-back Josh Risdon has been restricted to light duties and the encounter with Palestine may come a little too soon for the Western Sydney Wanderers defender, although Arnold will give him right until game day to prove his fitness.

“Straight away the focus has turned to how we’re going to right those wrongs and rectify where we went wrong and improve the areas we could have done better.

“I have no doubt we are going to come back in this next game and make the country proud again with our performance and the result.”

“We’re going to have a lot of the ball and the most important thing is to use that well, to be patient, to keep the quality, to keep the speed of play and then eventually open them up and then be clinical when the chances present themselves.

“If you look at the three months that we’ve been working and friendly games we’ve played, we set out in a very clear way of how we want to play and the players have responded tremendously well.

“We pressed, we created chances we scored a lot of goals, [but] this is a completely different challenge.”

Tune into FOX SPORTS 505 at 10:00pm AEDT tonight to watch all the action live.

You can also follow updates from the crunch clash with Palestine and keep up to date with all the latest news and information from the Socceroos at www.socceroos.com.au and by following @Socceroos on Twitter.