The stats that show how Cahill punched above his weight

Rarely has a footballer punched well above their weight as consistently as Tim Cahill.

On Tuesday, Cahill brought the curtain down on an international career that provided so many highlights and goals.

READ: 'A career second to none': Australia reacts to Cahill's retirement

READ: Cahill: A look back at a career like no other

Cahill left Australia in search of a professional career in England back in 1997 and signed with Millwall.

Everton signed Cahill in 2004 for the meagre sum of 1.5 million pounds. Eight years later, he left as one of the club's all-time favourite sons.

The Goodison Park faithful were enamoured to Cahill for several reasons. Firstly, the Australian arrived during a period of financial difficulty for the David Moyes-led club.

Cahill and Everton were a perfect marriage in this regard as both player and club had proved they could prosper with limited resources. 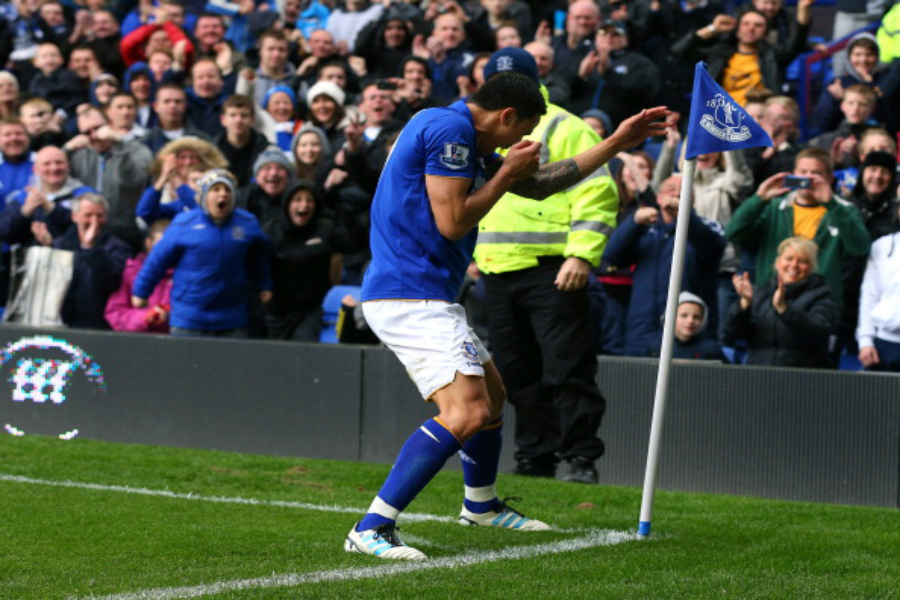 It did not take long for Everton to realise that Cahill was a player who wore his heart on his sleeve, and tore around the pitch with all the underdog hunger and verve that Toffees' fans, who had lived long in the shadows of rivals' Liverpool, value so dearly.

However, it was Cahill's unique ability to rise to the big occasion and score crucial goals that may have endeared him to Everton fans the most.

Cahill netted 56 goals in 226 matches in the Premier League for Everton, and 18 of them proved to be match-winners.

Nothing highlights Cahill's love and effectiveness on the big stage than his Merseyside derby record. Cahill has scored five goals in total against Everton's fierce rivals, making him the most prolific goalscorer in Mersyside derbies in the post-war era. 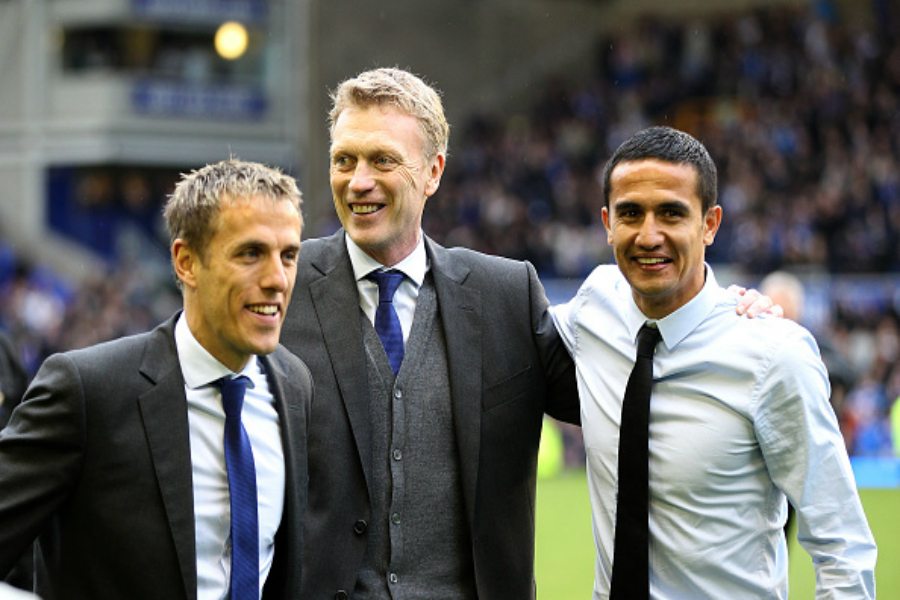 Cahill's mark on Everton and the English game is made more memorable by what is arguably the Socceroo icon's most lethal quality - his aerial ability.

22 of Cahill's 56 Everton goals were headers, and this ranks him among Premier League royalty when it comes to the best headers of the ball seen in England's top tier.

The 5 foot 10 Sydney local is dwarfed by 6 foot 7 forward Peter Crouch who has netted the most headed goals in Premier League history and holds a record of 0.11 headed goals per game.

Cahill may not have scored as many goals as the likes of Shearer, Wayne Rooney and Thierry Henry, but has still managed to carve his own unique spot in English footballing folklore.

Cahill's iconic leap and header has become as much as a trademark as Shearer's thunderous drive or Henry's delicate curling finish over the years, and this legacy is yet to be matched. 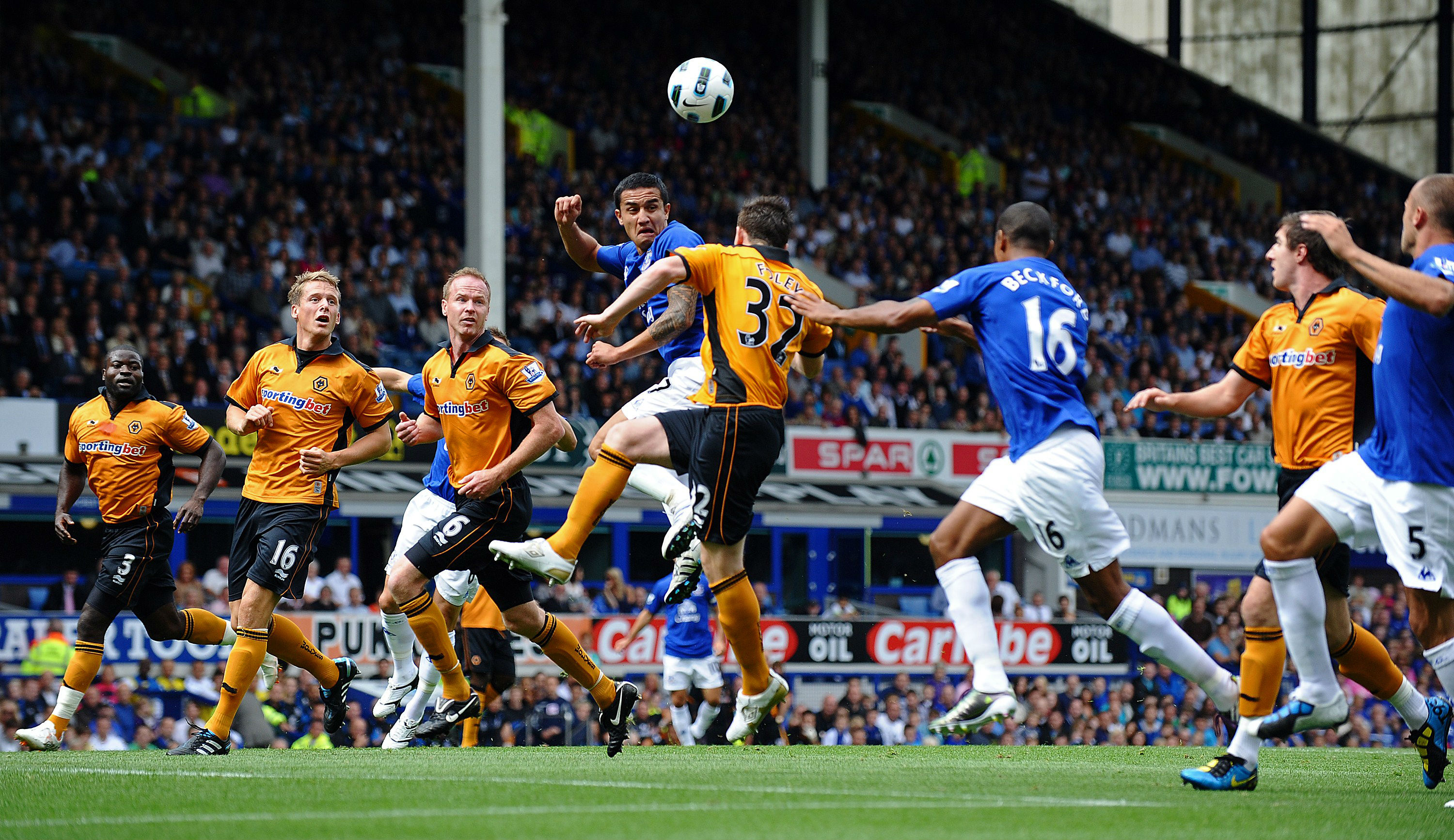 Cahill's reputation as a match winner and difference maker on the biggest stage was also evident during his long and storied tenure in the national side.

The late brace against Japan in 2006, the volley against the Netherlands in 2014 and the overhead kick against China in the 2015 Asian Cup remain just a sampling of Cahill's contribution to the Socceroos.

Since making his international debut back in 2004, Cahill has scored 50 Socceroos goals in 107 appearances, an impressive strike rate of nearly one in two.

He's also scored against 28 different nations throughout his international career and registered 5 of Australia's 13 goals at the FIFA World Cup™. 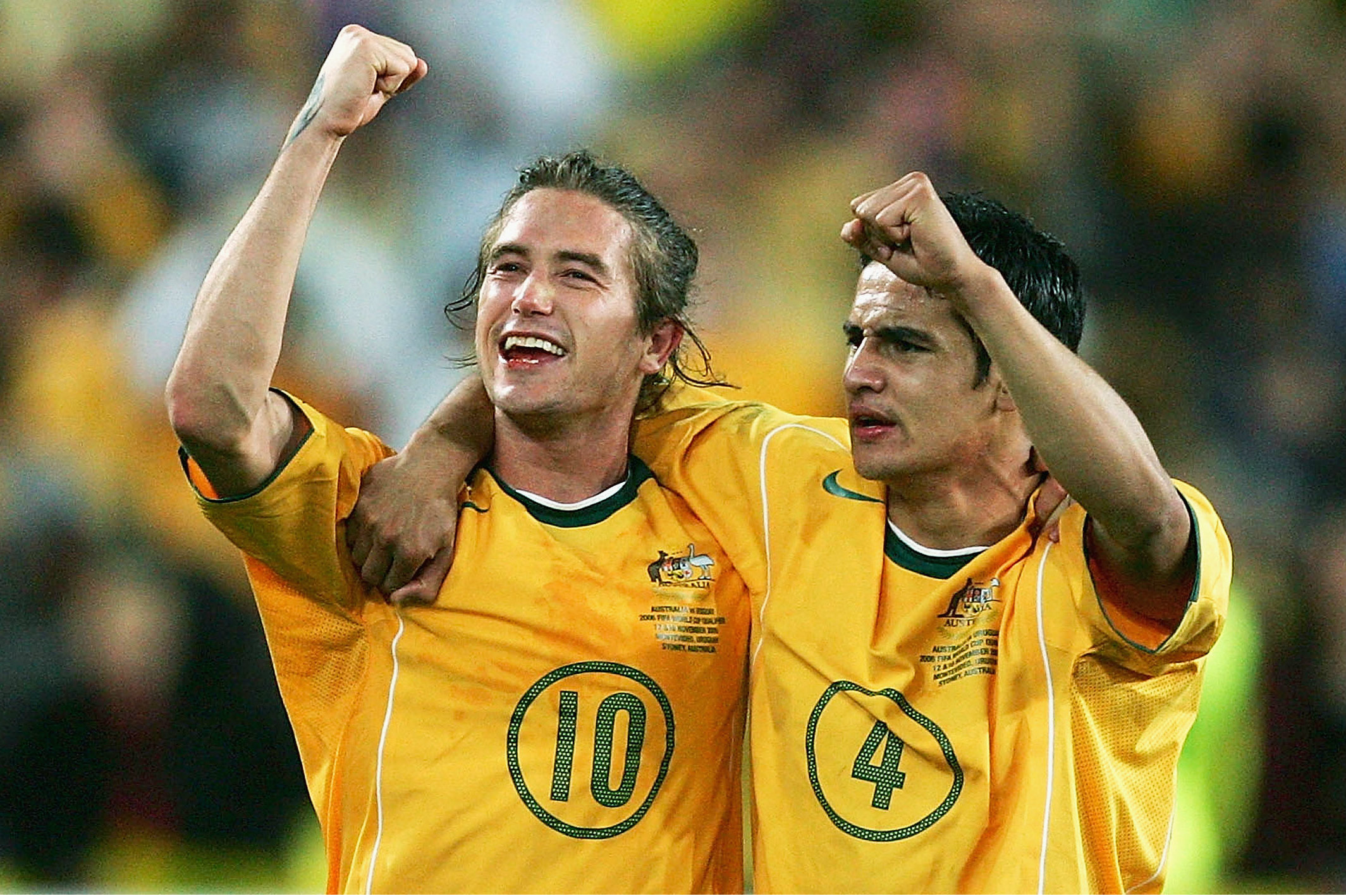