Despite two valiant displays from Iran and Morocco, Spain and Portugal were overnight victors in Group B, while Luis Suarez got off the mark in Uruguay's win over Saudi Arabia.

Here's our wrap of the overnight action:

Spain notched their first win of the tournament - but only just after a fortunate Diego Costa goal saw off an intrepid display from Iran, in what was a frenetic contest at the Kazan Arena.

The Atletico striker grabbed his third goal of the competition shortly after the half time interval when Iran fullback Ramin Rezaeian's clearance bounced back off Costa's shin and past keeper Alireza Beiranvand.

Moments before Costa's winner, Iran had come closest to breaking the deadlock through Karim Ansarifard, who lashed a great effort from outside the box into the side netting.

Carlos Queiroz's side thought they'd pulled off an equaliser via Saeid Ezatolahi six minutes later, only for the referee to deny the strike after consultation with the Video Assistant Referee. It didn't deter the Iranian side: Spain were hanging on as Queiroz's men pushed to restore parity and nearly did so when Mehdi Taremi flashed a bullet header over the bar late on.

Team Melli pulled out every trick in the book to scramble what would have been a merited equaliser, but the 2010 Champions held on to collect their first three points in Russia.

A fourth minute header from Cristiano Ronaldo was enough for Portugal to edge Morocco in another nervy Group B affair in Moscow.

Ronaldo clinched his fourth goal of the tournament after steering Joao Moutinho's cross home, breaking Ferenc Puskas' record for the most international goals by a European player in the process.

The Real Madrid forward now has 85 goals to his name, ousting the Hungarian great, and moving within sight of Ali Daei, whose 109 goals for Iran is the record for players across all continents. 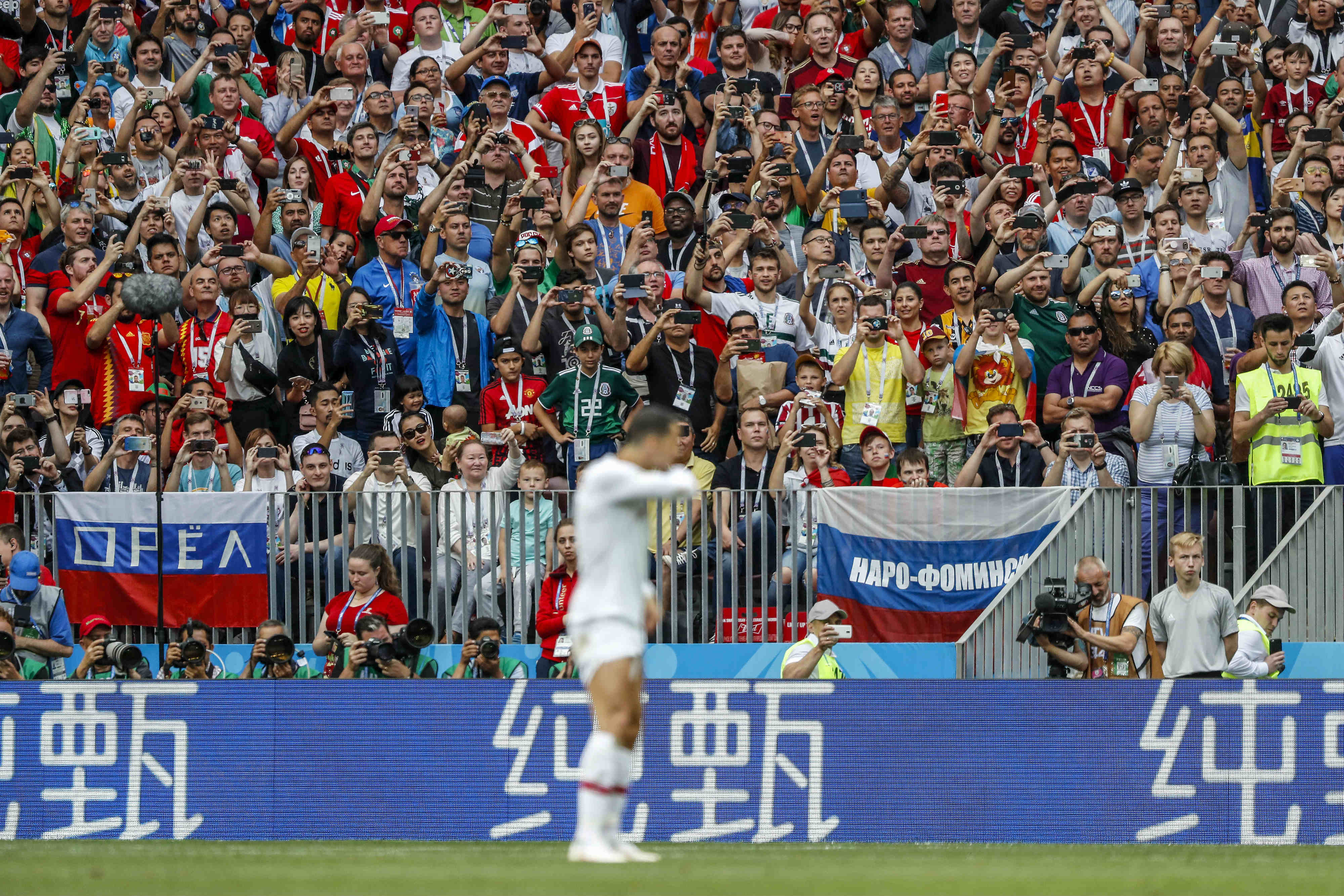 "He knows how to refine his capacity and age well. He is a constantly evolving, contrary to regular players."

Ronaldo was once again the difference for the reigning European champions against a Morocco side once again devoid of fortune as they bowed out of the tournament.

The North Africans cultivated a series of chances but failed to take any, as they did in their opening day loss to Iran, and now cannot progress to the second round.

Luis Suarez grabbed a goal on his 100th appearance for Uruguay as the South Americans beat Saudi Arabia 1-0 in their Group A affair in Rostov.

Suarez's strike seals Uruguay's progression into the round of 16 alongside Russia, while eliminating the Saudis and Egypt.

The Barcelona forward swept home a Carlos Sanchez corner after Saudi keeper Mohammed al-Owais was caught in no-mans land, ensuring back to back 1-0 wins for the South Americans.

Uruguay boss Óscar Tabárez said he was pleased with the performance of Suarez, who guilty of several missed chances in the side's win over Egypt last week.

“Today Suárez was better than in the first game," he said.

"He worked for the team, made the goal and is a player who is very generous with the team in his work ethic. He assumes the pressure with which he lives permanently and that makes him different.”

Tabárez added: "We never thought that it would be easy. This is the World Cup and every team is strong. The game against Russia is now a very important test to try to see an improvement in the team."

Uruguay will take on the hosts next Tuesday morning. 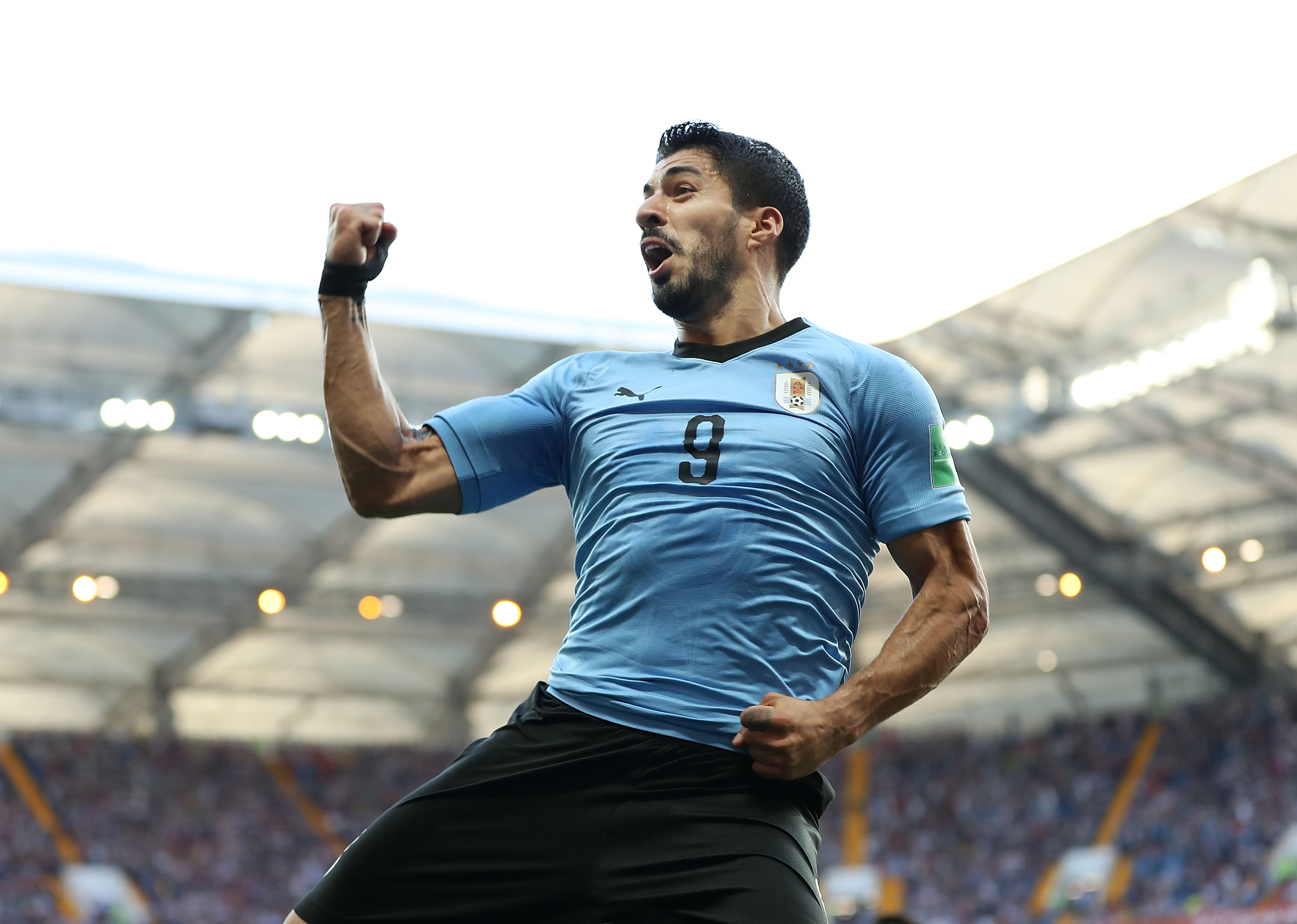