Two group heavyweights, massive regional rivals, star players from the EPL on show all with the tantalising prospect of potentially sealing automatic World Cup qualification at one of the great venues of Asia, Saitama Stadium in Tokyo.

THE STORY SO FAR

It doesn’t get any bigger than this.

Tonight, the two nations will be gripped with tension when the latest chapter in the Japan-Australia rivalry plays out in front of what will surely be a cauldron of (largely) Samurai Blue fans but plenty of travelling support too.

This is the penultimate match in the group for both nations. A win for either and they're through to Russia 2018. A draw and the final matches in the group next week will be decisive.

Here is the current group table...

THINGS YOU NEED TO KNOW

• Saudi Arabia have now played nine games. Their shock loss to UAE on Wednesday morning (AEST) has opened up some tantalising possibilities – a win for either Japan or Australia and they will progress to the next World Cup as automatic qualifiers.

• Following this clash, the Caltex Socceroos return to Melbourne to play Thailand on Tuesday evening while Japan visit Saudi Arabia.

• The last time Australia played Japan was in October in Melbourne, when a second-half Mile Jedinak penalty earned the Caltex Socceroos a 1-1 draw after the concession of a fifth-minute goal.

• Australia haven't beaten Japan since June 2009, when two Tim Cahill goals gave the Caltex Socceroos a 2-1 win in a World Cup qualifier at the MCG.

• Weather in Tokyo is set to be 22 degrees and rainy.

• There’s been club movement with Jackson Irvine and Mitch Langerak moving to new teams in recent days. Langerak to Levante in Spain, Irvine to Hull in the Championship.

• As well as Mabil, Mustafa Amini, Brad Smith and Matthew Spiranovic are in the 23, having missed selection for June's Confederations Cup. That quartet replaces Dylan McGowan, James Jeggo, Aziz Behich and Ajdin Hrustic who all went to Russia.

• There are three Hyundai A-League players included with the Victory pair of Mark Milligan and James Troisi joined by Melbourne City's Tim Cahill. 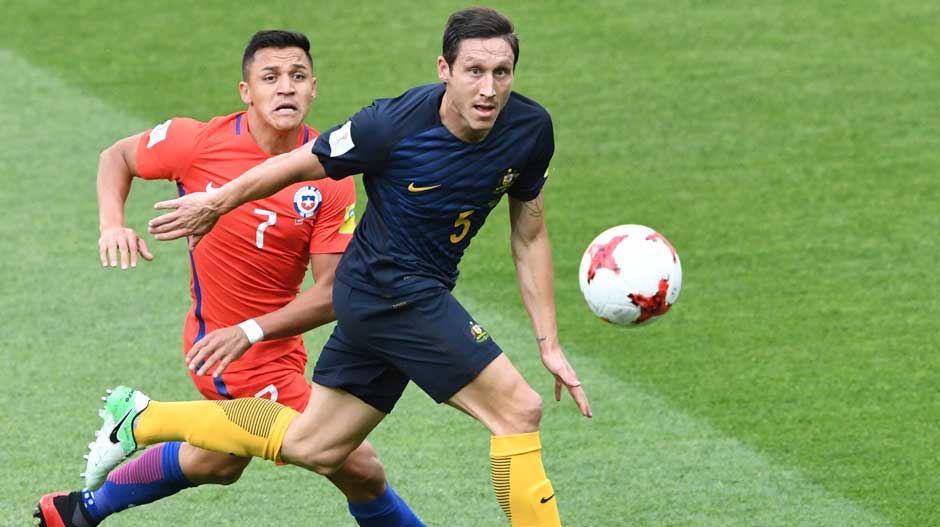 It's impossible to understate the importance of this game.

A win for the Caltex Socceroos would ensure the goal of Russia 2018 is achieved, while a loss would severely dent their chances of automatic qualification.

At the very least, Ange Postecoglou's side must take a point from the match ahead of a home tie (their final in the group) against Thailand.

Whichever way you look at it, these 90 minutes in Saitama on Thursday evening could well define Australia's current World Cup cycle.

It will be a nail-biting night for both sets of fans.

But I'm quietly confident this Australian side will leave Tokyo happy with the result.