With his ticket to Tokyo now secured, Connor Metcalfe is happy to admit that the challenge of winning a place in the Olympic squad has been driving him forward all season.

The Melbourne City midfielder built on a breakout A-League season in 2019/20 to deliver an outstanding string of performances for the double-winning club.

A maiden Socceroos call-up would follow, where he debuted off the bench against Chinese Taipei earlier this month before making his first international start during Australia's 3-0 win over Nepal.

As kick-off against Argentina on July 22 draws closer for the Olyroos, read more about Metcalfe's plan to carry his form garnered over a stellar season for both club and country into the Olympic Games as socceroos.com.au provides you with a chance to get to know every member of Graham Arnold's squad that little bit better.

Did you know? Connor Metcalfe's 24 appearances for Melbourne City this season equals the 24 in total the young midfielder accrued throughout his first three seasons of A-League football.

Metcalfe featured 18 times for City under Erick Mombaerts in 2019/20 after making five appearances in 2018/19 and just one five-minute cameo in the season prior.

After a 2020/21 season cluttered with commitments at international and club level, Metcalfe's attention can finally fixate purely on Tokyo 2020.

After featuring more times for City in 2020/21 than any of his previous campaigns combined and making his Socceroos debut in June, Metcalfe can finally put his Olympics vision at the forefront of his thinking as he attacks an exciting opportunity with gusto.

"I got told at the Socceroos camp that we were going to continue on and fly to Dubai and then to Japan," Metcalfe said.

"My family and my friends and are all stoked for me, it’s a very proud moment for me, and I am very excited.

"Realising that it is a small squad so my main goal this season was to get selected."

He's now ready to carry that momentum into the Olyroos set-up - where he will link up with plenty of familiar faces.

"I am looking forward to it. I am pretty excited to see what the team is and how good it is going to be.

"It will be great. I haven’t seen them in a while so it will be good to catch up and hopefully win a medal with the boys.

"I think even when we are not playing together all year we have still got a bit of a bond, because the majority of us still speak when we are not together. But it will be really good to get some games in the legs and really play together and get the chemistry up."

With the Men's Football Tournament just weeks away, Metcalfe and his fellow Olyroos are eager to end an 18-month wait to feature in the tournament they sealed qualification for back in January, 2020.

Metcalfe was part of Graham Arnold's squad at the AFC U-23 Championship in Thailand that triumphed over Uzbekistan in a 1-0 third-place playoff win to seal a spot at Tokyo 2020.

After featuring two times at the AFC U-23 Championships in 2020, Metcalfe treasures the moments immediately after qualification was sealed, and hopes his recent success earning Socceroos cap #611 will help make a big contribution to the Olyroos' Olympic Games campaign 18 months in the making.

"My memories are just that final whistle and realising that we actually have qualified for the Olympics and running out onto the pitch and … someone was laying on the floor and I just ran to them and hugged them and it was just a great feeling."

Metcalfe continued: "being with the senior squad, learning from (those) players, I feel like I have got to bring that experience into the team and hopefully it helps the team get us a close to a medal." 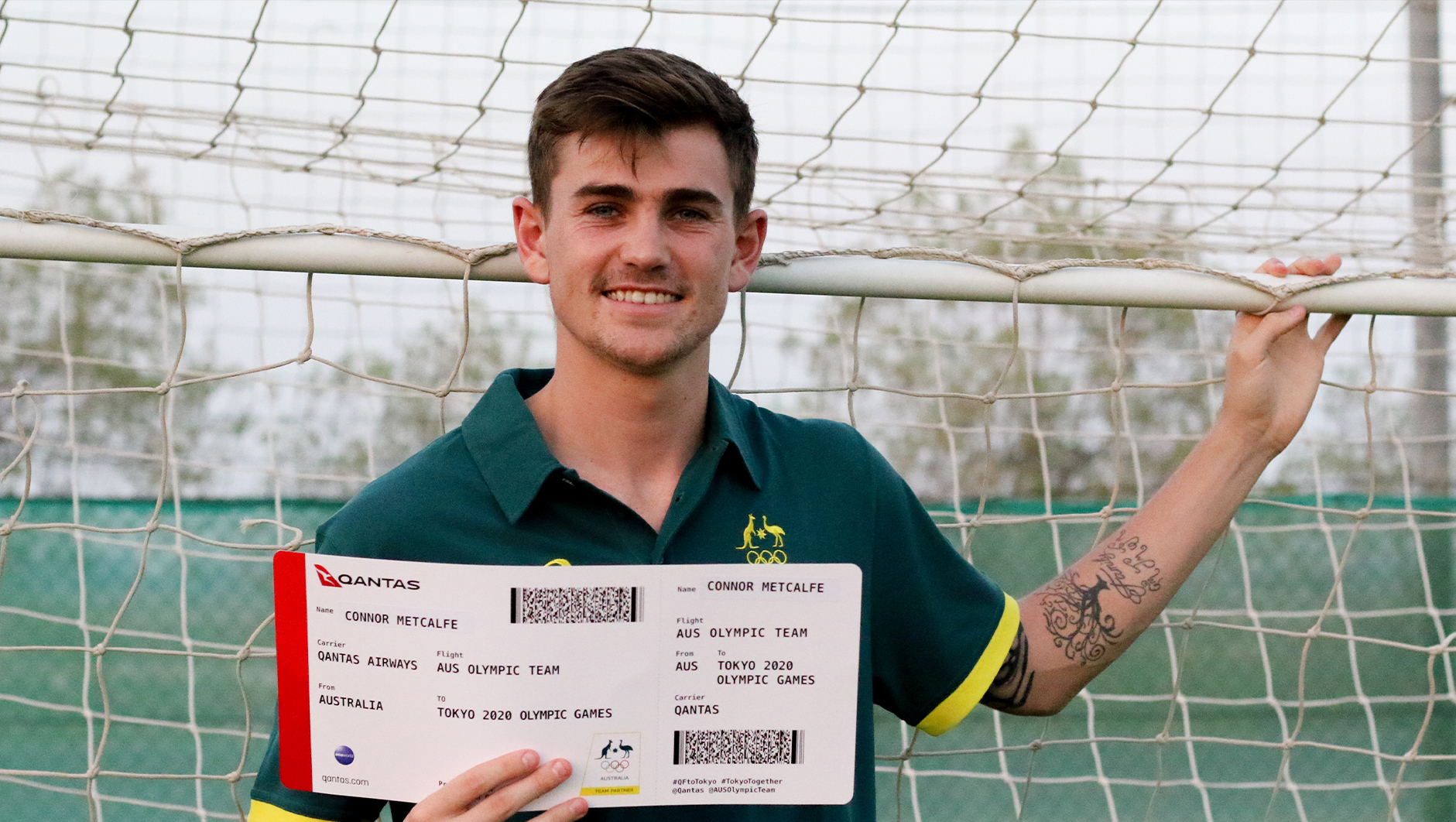