He already has one FIFA World Cup under his belt, and now Daniel Arzani is set to represent Australia at another one of sport's premier events: the Olympic Games.

The wide-man, currently signed by Manchester City FC, has endured a difficult few years a club level but enters the squad following a solid showing for the Australia U23s select side during their recent Marbella friendlies.

With the countdown to kick off against Argentina on July 22 ramping up, find out more about Arzani's as Socceroos.com.au provides you with a chance to get to know every member of Graham Arnold's squad that little bit better.

Arzani says that part of the creative flair in his game originated from playing street football in Iran as a child.

Read on below for more on Daniel's story plus reaction to the news he will be representing Australia at the Olympics from him and coach Graham Arnold... 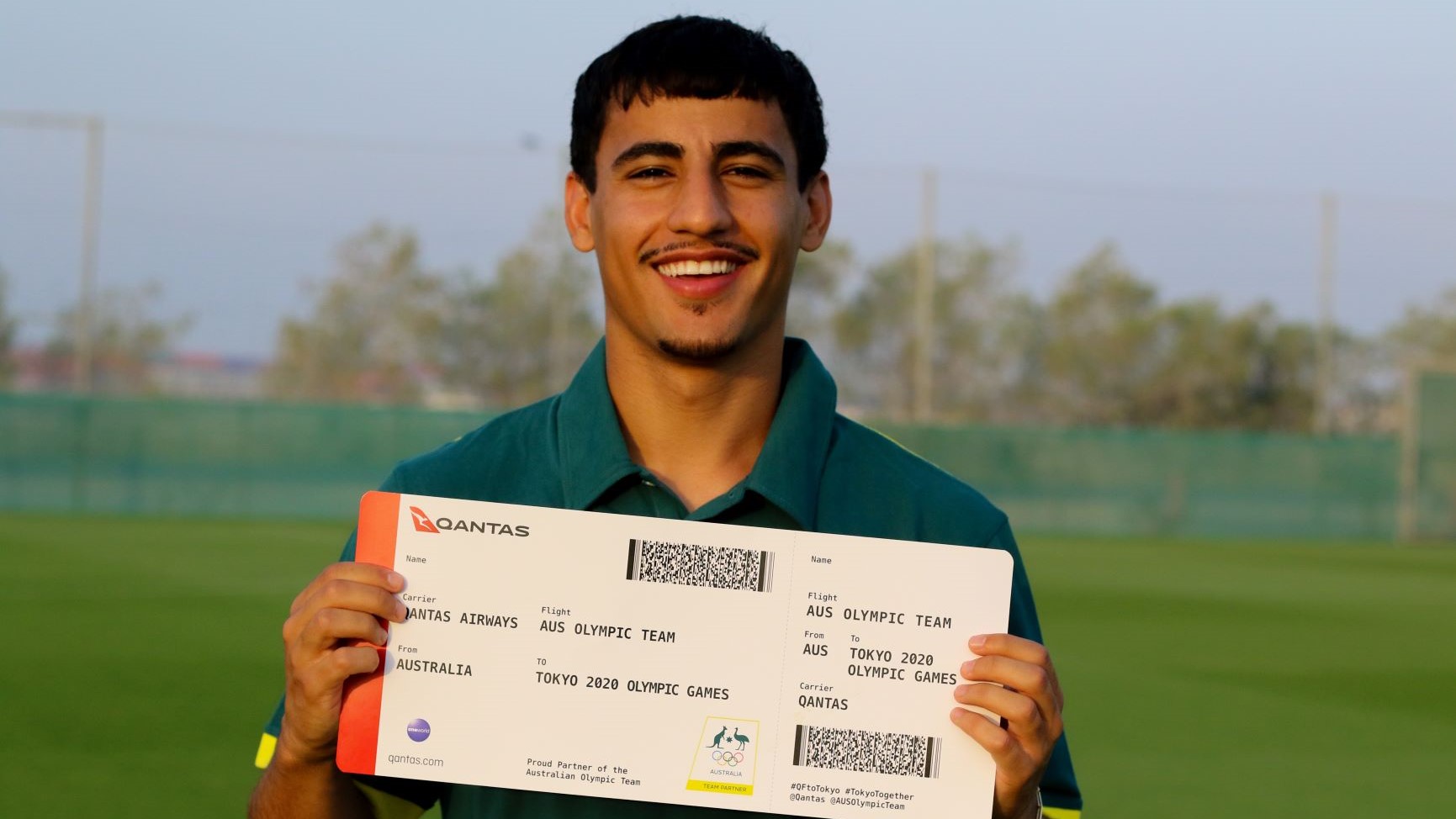 From bursting onto the A-League scene to catching the eye as the Socceroos' standout bolter at the 2018 FIFA World Cup, a teenage Daniel Arzani had the world at his feet.

But a matter of months after his breakout tournament in Russia and dream European move, the tricky winger's senior career hit its first major obstacle: a serious knee injury suffering during his Celtic debut.

Since then, it has been a long way back for the 22-year-old, who took the long road to recovery and has since plied his trade in the Netherlands and most recently Denmark.

Arzani was determined to impress after receiving a call-up to the Australia U23 select side that assembled in Marbella, Spain this month. He did exactly that - most notably, scoring a brace in the side's final friendly against Mexico.

The revival of form was enough to earn a ticket to Tokyo 2020, where he will be yet again looking to inject his creativity and flair to boost Australia on the international stage.

"For me honestly it is such a special feeling – for me and for my family," reflected Arzani on the opportunity to represent his nation at the Games.

"I am really proud to be Australian and to be able to represent Australia at the Olympics, that is something in and of itself that is just so special, and it’s a joy really."

Being told the exciting news

Following camp in Marbella, Arzani linked up with the Australian coaching staff in Dubai knowing that he was in contention for the final 18-man squad.

However despite his high hopes, hearing absolute confirmation of his selection still turned out to be an incredibly surreal moment.

"It was kind of impromptu," recalled Arzani.

"We were just having a little player meeting with Arnie and he kind of just sprung it on us and all the boys that are here in Dubai. He said to us ‘obviously you guys are in the squad’. and we said ‘woah, wait a second, we didn’t know we were in’.

It was good, I was buzzing, and my family was buzzing when they heard the news as well."

"I saw in the media that he (Arnold) called it the ‘Group of Dreams’," said Arzani. "For me, I think it is the ‘Group of Opportunity’."

Like many Australians of his generation, Arzani's first Olympic memories intstantly gravitate to Usain Bolt's heroics at Beijing 2008.

"For me the single greatest Olympics memory that I have is of Usain Bolt doing the clean sweep, I think it was the 100-metres, the 200, and the 400, and he just annihilated the competition," recounts Arzani. "That was something to see, that’s for sure."

But come July, Arzani and his teammates will be out to create lasting Olympic memories of their own.

And with that, beckons the opportunity for the talented youngster to reignite his personal rise to stardom.

Arnold: Daniel is a great talent

Speaking after the squad was revealed, coach Graham Arnold spoke about why Arzani has earned his chance to impress during the Olympic Men's Football Tournament.

“I think that sitting down with Daniel, he looks extremely fit, he looks really well,” he said.

“Things haven’t gone his way over the last couple of years. I think that after those high expectations after Russia in 2018 and some cameos off the bench at Melbourne City, it hasn’t gone the way that he wanted.

“I think that Daniel is a great talent. He’s one that we want to help resurrect his career, put him on the world stage and move the kid forward.

“I watched all the (Marbella Friendly) games back after Kuwait and those few players that have been selected from that camp showed that that camp was extremely worthwhile — they were standouts.

“Daniel scored two goals in the last game against Mexico, did extremely well.”

Stay tuned to Socceroos.com.au and the Socceroos' social pages for more in-depth profiles of Australia's Men's Football Team at Tokyo 2020. You can check out all of our exclusive pre-Olympic content here.