Check out the talented youngsters, and one overage marksman, that will be looking to fire in the final third this month.

Born in Melbourne to an Italian father and a Maltese mother, Reno Piscopo began his football career in his hometown before travelling to Italy to join the esteemed Inter Milan youth academy.

Piscopo remained in Milan for six years and earned multiple selections to the Italian youth sides before joining fellow Italian side Torino in 2017.

In search of wider opportunities to gain first team football action, Piscopo left Torino the same year to join Renate, a team playing in the lower divisions of Italian football. After making his league debut as a substitute in a 3-0 home victory, Piscopo became a recurring face in the Renate first team setup.

In 2019, Piscopo announced a return to the A-League, with the now 23-year-old joining the Wellington Phoenix. From New Zealand, Piscopo has earned multiple call-ups to the Australian youth teams.

And now in preparations for Tokyo 2020, Piscopo will be looking to add another memorable chapter to his wide-ranging youth international career.

Nicholas D’Agostino signed his first professional contract with A-League club Brisbane Roar in 2016, with the striker earning occasional game time in Queensland before signing with Perth Glory in 2019.

In Western Australia, D’Agostino looked to seize a stronger role in a first team environment.

Last year D'Agostino was chosen to partake in the Asian U23 Championship qualifiers against South Korea, where he scored two goals to help Australia advance to the finals of the competition.

In the competitions’ finals, D’Agostino emerged as the talisman for the Australian side. The forward scored three goals in the competition, including the decisive strike against Uzbekistan in the bronze medal match to clinch his nation a spot at the Olympic Games.

The 23-year-old will make his Olympic debut at the Tokyo Games, as a member of Australia's Olyroos.

Mitchell Duke began his career at the Parramatta Eagles Football Club before earning a transfer to the Central Coast Mariners youth team. In 2011, Duke made his A-League debut and scored a goal for the Mariners in a 3-1 victory against Gold Coast United.

The next year, Duke signed his first professional contract with the Mariners.

After four seasons in Gosford, Duke announced in 2015 that he was leaving Australia to join Japanese side Shimizu S-Pulse. Duke returned to Australia after four seasons in the J-League to join hometown club Western Sydney Wanderers, where he was quickly given the captaincy of the senior side. 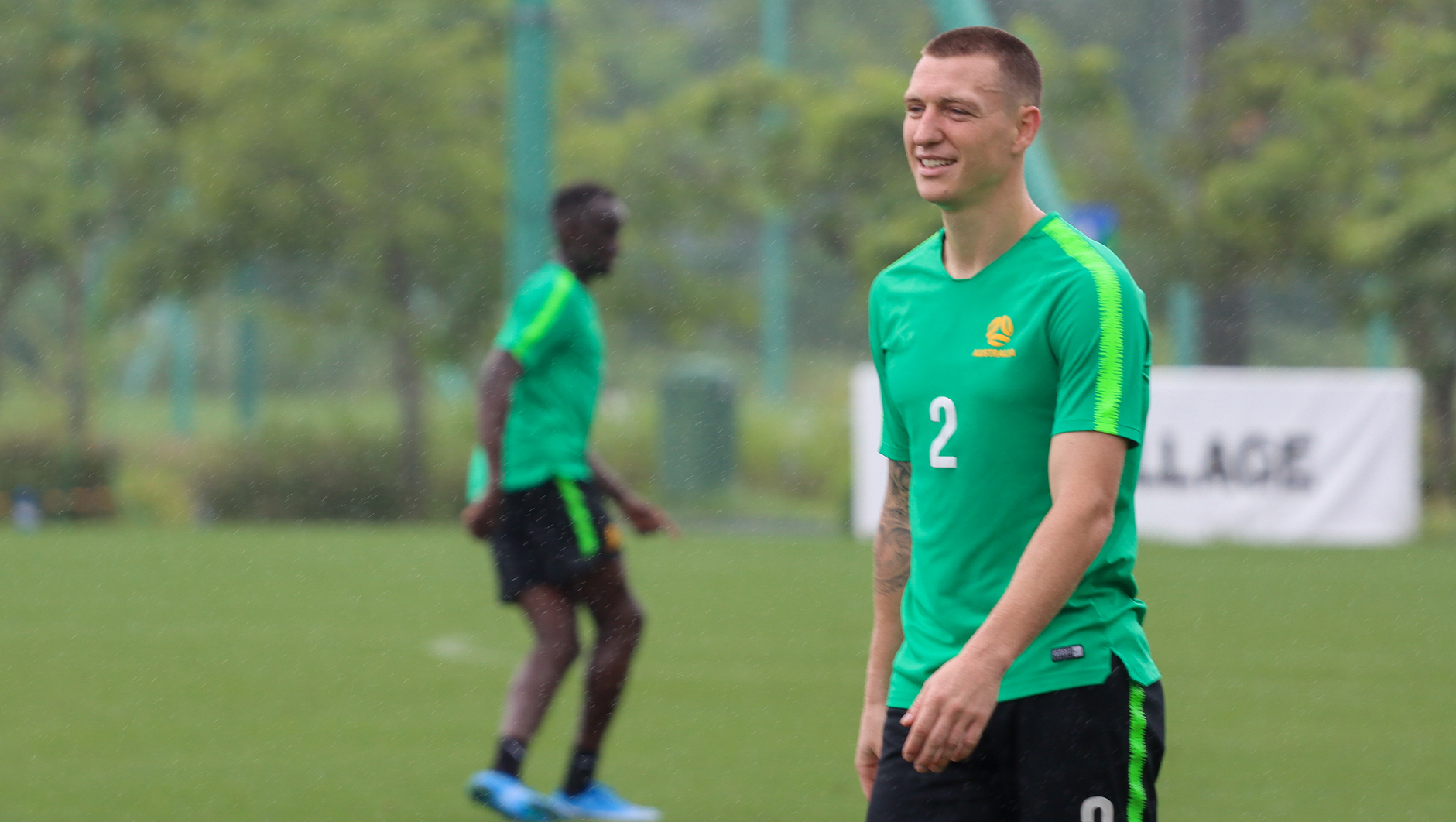 The following year Duke again travelled overseas and signed a contract with Saudi Arabian club Al-Taawoun. After a strong start, Duke was soon sent on loan back to Western Sydney where he finished the 2020/21 season.

Duke made his debut for the Australian senior team in 2013 at the East Asian Cup tournament in a match against South Korea, while scoring his first international goal in the following match against Japan.

The 30-year-old will make his Olympic debut at the Tokyo Games, as a member of the Olyroos.

At only 19-years-old, Melbourne FC’s Marco Tilio will make his Olympic debut as the youngest member of the Australian Olympic Men’s Football Team.

Named to the Young Socceroos in 2019, Tilio was just seventeen when he travelled to Vietnam to compete for Australia in the AFF U18 Youth Championship. He was instrumental in the team’s success, scoring a hat trick in the team’s second match. Australia were victorious at the tournament, securing the final 1-0 over Malaysia to be crowned champions in Ho Chi Minh City.

Marco made his A-League debut in the group stage of the 2019 AFC Champions League for Sydney FC, when he was just 17-years-old. Less than a year later, he was recruited to their first-team squad.

Tilio made his A-League debut against the Central Coast Mariners, in which he scored a goal in the 89th minute before aiding teammate Van Der Saag to another goal two minutes later to secure a decisive 3-0 victory.

Sydney were crowned champions of the 2019-2020 A-League after defeating Melbourne FC to clinch the title. Marco was awarded the Golden Boot Award at the conclusion of the season, in which he produced 11 goals from 9 matches.

The right winger joined Melbournce FC in September of 2020, after being recruited from Sydney FC. He has since won a second A-League Championships, defeating old squad and defending champions Sydney FC 3-1 in the grand final to lift the trophy. In their semi-final match against Macarthur FC, Tilio scored the team’s second goal to advance to the final.

Marco has appeared in 39 matches and has produced eight goals across his time at the Sydney National Premier Leagues Club, the Sydney FC A-League Squad and now Melbourne FC.

Terrigal-born forward Lachlan Wales will make his Olympic debut at Tokyo 2020 as a forward for the Socceroos, where they will take on a sixteen-strong field.

Wales played for the Central Coast U21 Academy, where he advanced through to their A-League team for the 2018-19 season after 84 appearances and 16 goals across four years.

Lachlan transferred to Melbourne City FC after signing a two-year deal with the club, making his debut against Melbourne Victory where he played 85 minutes on the field. His debut took place at the Melbourne Derby, in which City FC took the series 2-1.

For the 2020-21 season, Wales moved to Western United with a two-year contract, making 24 appearances and 4 goals. They finished tenth at the conclusion of the season.

In the lead up to Tokyo, Lachlan was a member of the U-24 international friendly match between Australia and New Zealand at ZA Oripri Stadium in Japan.

READ MORE & LISTEN: Lachlan Wales' journey from the beach to the big smoke

Daniel Arzani burst onto the Australian football scene in 2018, after starring for A-League outfit Melbourne City. In a string of top-quality performances as both a substitute and a starter, Daniel won the competition’s Player of the Month award for January.

At the conclusion of the season, Arzani was named the A-League’s Young Player of the Year and was also included in the Team of the Season.

Arzani was rewarded for his performances in May 2018 when he was selected for the Australian side for the 2018 World Cup, with the now 22-year-old making his senior international debut as a substitute against the Czech Republic.

In Russia, Arzani became the youngest ever Australian at a World Cup and the youngest player in the tournament. Arzani scored his first international goal in a World Cup warmup match against Hungary in June 2018.

At the World Cup, Arzani appeared for Australia as a substitute in all three matches against France, Denmark and Peru.

After finishing his World Cup campaign, Arzani was sold to English side Manchester City, and has since enjoyed loans to Scottish side Celtic, Dutch team Utrecht and has spent 2021 in Denmark with Aarhus Gymnastikforening (AGF).

Arzani moved to Sydney from Iran as a child with his family before beginning his professional career in Melbourne. Daniel will make his Olympic debut at the Tokyo Games, as a member of Australia's Olyroos.

WATCH: Be Their Champion - Support the Olyroos at Tokyo 2020