From the Socceroos' unlikely goalscoring hero Harry Souttar to versatile wing-backs Nathaniel Atkinson and Dylan Pierias, this edition covers all of the Olyroos who could play at the back when Group C action starts up this week.

Dylan Pierias made his A-League debut for Melbourne City at age 16 in a clash against Brisbane Roar in February 2017, making him the first player in the competition’s history to have been born in the 21st century.

After seeing only occasional stints of game time with City, Pierias made the crosstown move to fellow Melbourne-based club Western United, where he has become an integral part of the club.

In the 2020/21 season, Pierias’ second season with United, the 21-year-old scored six goals in 17 appearances while playing in multiple positions on the pitch, displaying the sort of versatility that can become crucial in a gruelling Olympic tournament.

After the exploits of his 2020/21 campaign, Pierias was rewarded with a two-year contract extension at United.

And now with his Olympic debut on the horizon, Pierias will be hoping to continue his season’s performances at the Tokyo Games.

Born in Scotland to an Australian mother, Harry Souttar debuted for the Socceroos in 2019 and has not looked back since.

The 22-year-old made his professional debut for Dundee United against Partick Thistle in the Scottish Premiership in 2016, and scored his first goal against Kilmarnock four days later.

Just over a year later, Souttar left Dundee for English club Stoke City, and made his debut in April 2017 in a 4-0 victory over Rochdale in a League Cup clash.

Throughout his tenure at Stoke, Souttar has enjoyed loan spells with Scottish side Ross County and English club Fleetwood Town.

In the 2020/21 season, Souttar established himself as a key member of Stoke’s first-team, with the defender being named the club’s Player of the Month for October 2020, and was later rewarded with a new contract in February this year.

Souttar made his debut for the Australian senior team in October 2019 as part of a 5-0 Socceroos’ win against Nepal. In the clash, Souttar scored twice, and added two more in his second national side appearance; a 7-1 victory over Chinese Taipei.

Standing at 6’6”, Souttar has been won over by the Australian public for his tall frame and aerial proficiency in front of goals. He stands as the tallest outfield player to put on a Socceroos’ jersey.

Growing up on the Gold Coast, Jay Rich-Baghuelou has always dreamed of playing football for Australia. The 21-year-old will soon realise this dream in Tokyo, where he is set to make his Olympic debut with the Olyroos.

Jay started his career as a striker with Gold Coast City. Still in his teens, Jay decided to move to England where he initially signed with non-league team Dulwich Hamlet before moving to National League South side Welling United, where he signed an 18-month deal.

In 2020, Jay signed with Crystal Palace Football Club's U23s team and recently helped them earn promotion to the Premier League 2.

A year later, Jay made his National Team debut in a three-game tournament held in Spain. The 1.96m tall centre-back started all three of those games.

WATCH: Be Their Champion - Support the Olyroos at Tokyo 2020

As a graduate of the Sydney FC Youth Academy, Joel King made his senior debut in the final stages of the 2018/19 season. Later that year, King signed his first professional contract to ink with his boyhood club for the 2019/20 season.

King quickly became a regular fixture in Sydney’s starting eleven, as he started in 25 of his side’s 26 regular season games. The now 20-year-old played a critical role for his team, as they defeated Melbourne City in the Grand Final to claim the A-League Championship last year.

Now ahead of Tokyo 2020, King has enjoyed another year of regular first-team football with Sydney and will be fixated on displaying his prowess on the Olympic stage.

Kye Rowles debuted with the Australian U17 team for the 2015 U17 FIFA World Cup. A year later, he begun his professional football career after signing with Brisbane Roar in a two year contract.

Kye made two A-League appearances with Brisbane Roar, making his first start at the AFC Champions League in early 2017 in a match against Ulsan Hyundai.

The 23-year-old moved to the Central Coast Mariners in June 2017, signing a one-year deal with the team. In 2020, Kye was called up to the U23 Australian Team for regular friendly matches against A-League sides.

Kye is set to make his Olympic debut with the Olyroos at the Tokyo 2020 Games. 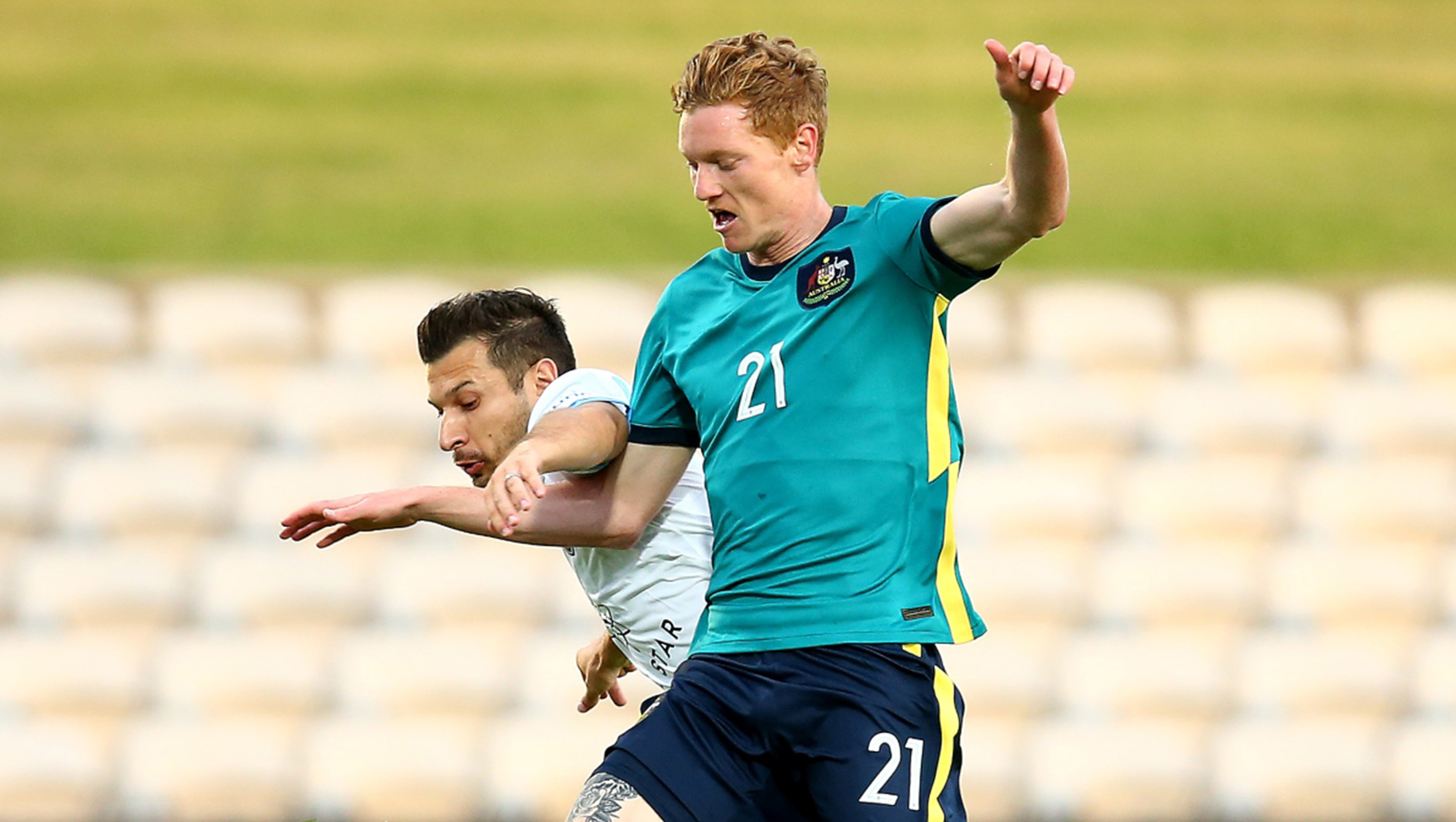 Atkinson is the only Tasmanian-born player in Australia's Men's and Women's Football Tournament squads for Tokyo 2020.

After trialling with Melbourne City in 2016, Tasmania native Nathaniel Atkinson joined the A-League outfit’s academy side, where he was often featured in the reserves team, with occasional training appearances in the first team.

In the 2017/18 season, Atkinson made his professional debut and quickly became a permanent fixture in Melbourne City’s first team setup, with the now 22-year-old signing a two-year contract extension in January 2018.

In the 2020/21 season Atkinson was a key piece to the Melbourne City team, who won both the A-League Premiership and Championship, with the academy graduate scoring a crucial goal in his side’s 3-1 Grand Final victory against Sydney FC.

Nathaniel will make his Olympic debut at the Tokyo Games, as a member of Australia's Olyroos.

Thomas Deng was born in Nairobi, Kenya. At the age of six, Deng and his four older siblings, and mother fled the Sudanese conflict. His family were granted refugee status in Australia and settled in WA.

He was around seven-years-old when he started playing football, and had followed his brother into the sport. His brother is also a talent in the game, and has represented South Sudan on the international stage.

Growing up in Australia, Deng found that playing football was the best way to make friends, especially whilst getting to know a new country. His first club was the Adelaide Blue Eagles, two years later he joined Green Gully, where he was noticed by Melbourne Victory.

In 2011 Deng moved to Victoria to further his football. It wasn’t long before he was playing for Melbourne Victory's U21’s side and in 2015 he was elevated up into the Melbourne Victory side.

Deng made his Hyundai A-League debut against Melbourne City during Round 2 of the Melbourne Derby in 2015/16. Shortly after this Deng went on loan for the 2016 season to PSV U21s in Holland, returning to Melbourne Victory in 2017.

As he progressed in the Australian Olyroos, his defensive brilliance and leadership not only cemented his status in the team, but also his role as captain.

In October 2018, Deng made his Socceroos debut in Kuwait City alongside fellow Sudanese refugee and school-friend Awer Mabil. This was a big moment for the two Aussies and their success was seen as an homage to the broader refugee community.

Deng bid farewell to Melbourne Victory and moved to the J1 League in 2020 where he now plays for the Urawa Red Diamonds.