‘Just keep doing what you are doing’. That’s the message from Caltex Socceroos striker Tomi Juric to the youngsters and fresh faces in Graham Arnold’s squad.

The new Caltex Socceroos boss has called a number of in-form young players into his squad for a training camp in Dubai this week, with four of them hoping to win a first cap in next Tuesday’s (AEDT) friendly against Kuwait.

The likes of Awer Mabil, Denis Genreau, Kenny Dougall and Thomas Deng have been doing great things for their clubs to get their shot to impress Arnold in the Middle East.

Still just 27, Juric is now one of the senior members of the Australian side and likely to play a key role heading towards January’s AFC Asian Cup. 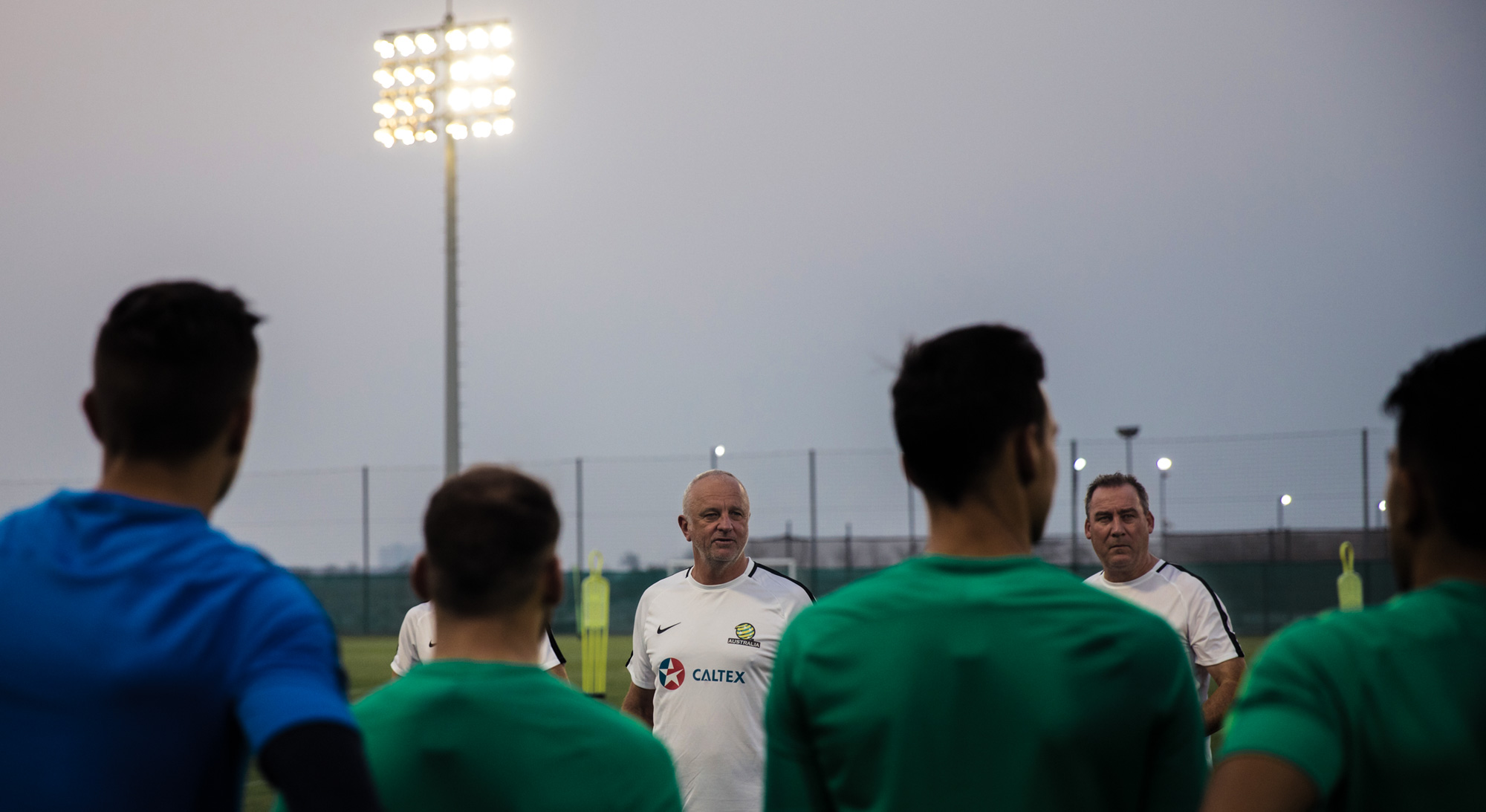 While delighted to be back in camp with the national team himself, the hard-working striker has been impressed by the quality and confidence of the new brigade in the squad.

“I remember my first few camps I just had to keep my head down and work hard and make sure I was doing what I was doing at my club, coming [into camp] and trying to make an impression,” Juric told www.socceroos.com.au.

“That’s the best advice you can give to the youngsters, just keep doing what you are doing at your clubs.

“As long as they build on that while they are here, I’m sure they can make an imprint on this national team.”

Which is something Juric has set his sights on heading towards Australia’s AFC Asian Cup defence in January.

The FC Luzern striker, who has scored eight goals in 38 games for the national team, was a part of the team that won a historic Asian Cup title on home soil in 2015.

It was easily one of the highlights of his career but Juric wants more and feels the best is yet to come in his career in the green and gold. 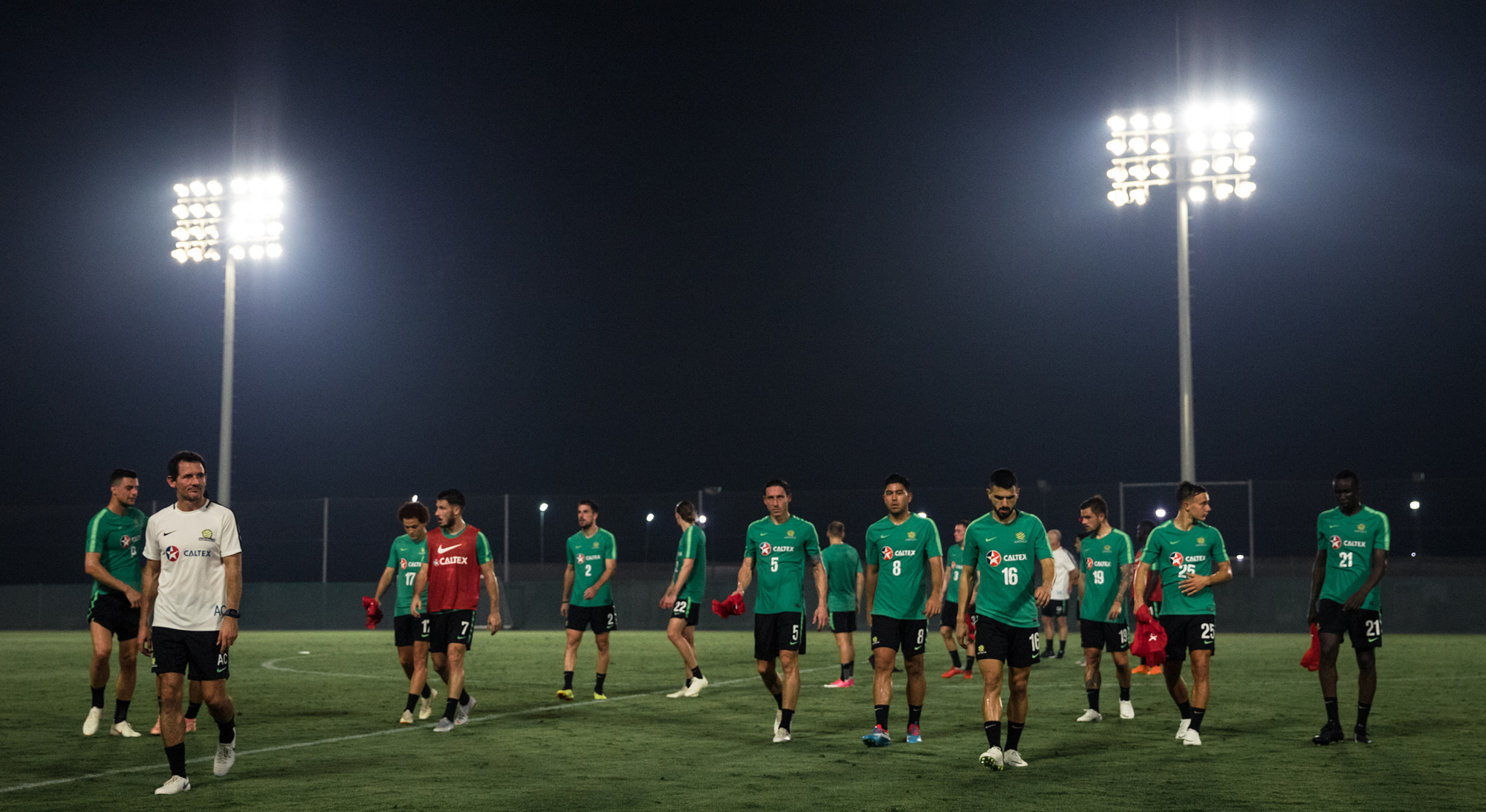 “Up until now things have been going quite well. An Asian Cup and an Asian Champions League [with Western Sydney Wanderers] to my name which is something I’m very proud of,” Juric said.

“I’m definitely looking forward to going into this Asian Cup in the UAE to make an impact and go all the way to the final. That’s definitely our goal and mine personally as well.

“I still think there’s a lot for me to give in the future. Hopefully I can build on what I have been doing at my club now and just a step at a time, see where it takes me.”

READ MORE: 'It would mean the world to me': Deng eyeing Caltex Socceroos debut

Asked about the challenge of playing Kuwait, Juric said: “At the moment we don’t know too much about them but we will get familiar with them throughout the week.

“They will definitely give us a difficult game. They are more used to this kind of climate than we are and we can definitely expect them to try and come and play and give us a tough time on the pitch.

“But we’re going to try and go out there and do what we have been doing on the training park from what the boys worked on in the last camp in Turkey and hopefully this one we’ll touch up on a few things and put that into practice.”