Juric hits the net in Switzerland

Tomi Juric will bring goal-scoring form into the Caltex Socceroos after his side's draw in the Swiss Super League overnight.

The Aussie front-man converted an early penalty for his side Luzern to earn them a 1-1 draw at home to Zurich.

This was the former Wanderers striker's seventh goal in all competitions.

Juric is now flying to Japan to link up with the Caltex Socceroos ahead of Thursday night's crucial World Cup qualifier in Saitama, hoping to add to his seven international goals in 26 appearances. 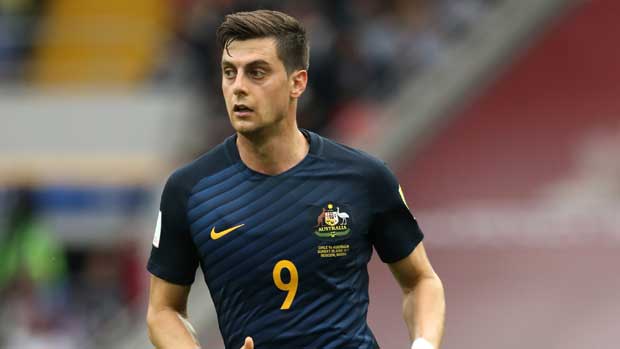 Australia then return to Melbourne for their final group match against Thailand on Tuesday September 5.