Clayton Taylor’s goal kept Australia in the hunt for a 2019 AFF U-15 Championship Semi Final place as the Joeys and hosts Thailand drew 1-1.

Taylor gave Trevor Morgan’s side a dream start after only five minutes of their fourth match at the AFF U-15 Championship in Chonburi.

HOW TO WATCH: Watch the Joeys at the 2019 AFF U15 Championships
MATCH ONE: Joeys make winning start in Thailand

The Sydney FC forward broke through the Thailand defence and showed good composure to slot Australia into a one-goal lead.

Minutes before the interval, the host nation hit back when captain Theekawin Chansri slotted in a free-kick and the sides remained locked at 1-1 at full-time. 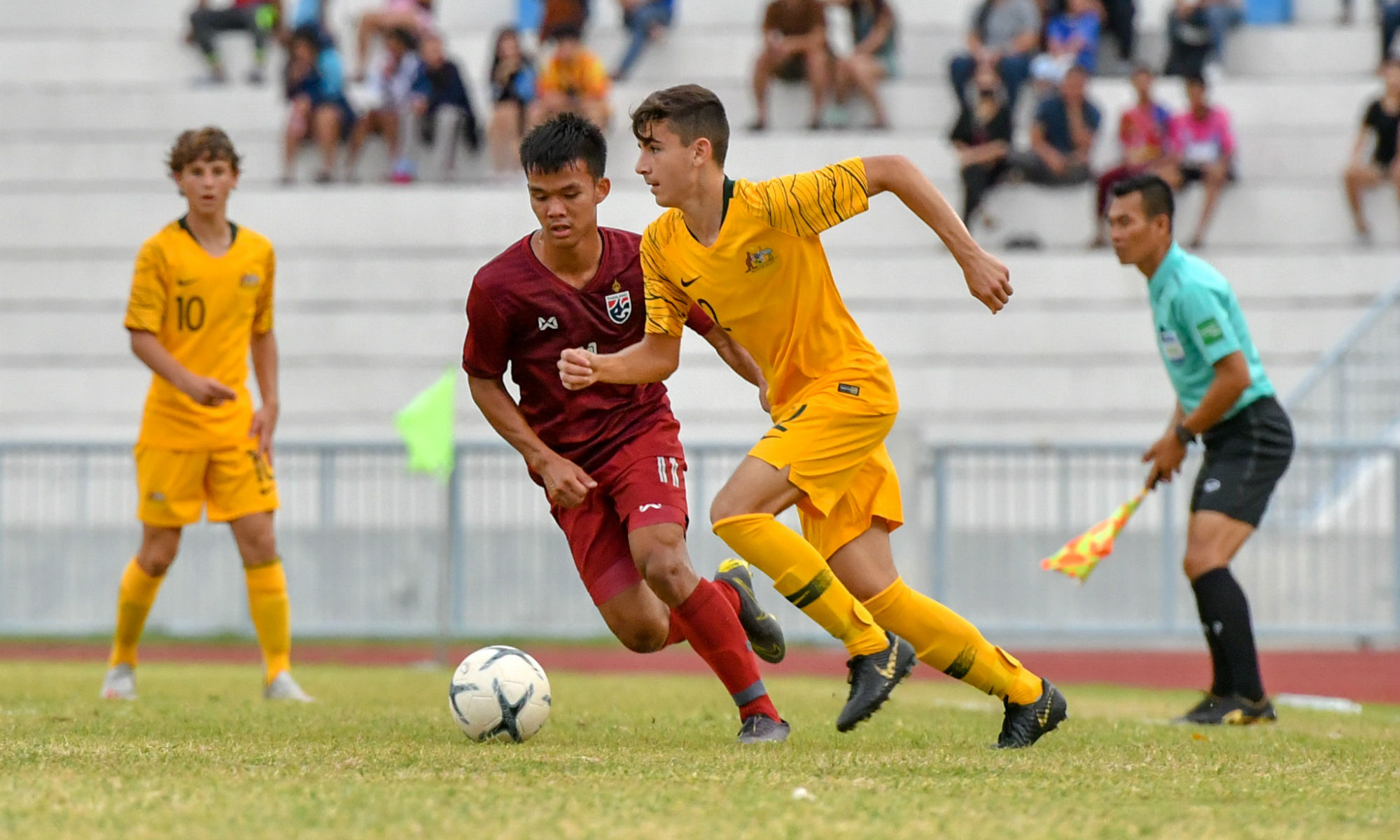 MATCH TWO: Joeys ease to impressive win over Laos
MATCH THREE: Joeys beaten by Malaysia at the AFF U-15 Championship

Morgan's side had kicked off their campaign with a 3-1 victory against Cambodia and backed up that performance with a 3-0 triumph against Laos, before going down 3-0 at the hands of Malaysia.

With seven points on the board, the Joeys lie third in Group B, three points behind Malaysia and Thailand as first and second prepare to face off in the final round of matches.

If either team take three points from that clash, Australia will need a big victory in their last group match against bottom of the ladder Brunei Darussalam to stand a chance of progressing to the final four.