Joeys beaten by Malaysia at the AFF U-15 Championship

The Joeys have lost their first game at the 2019 AFF U-15 Championship in Chonburi, Thailand, going down 3-0 to Group B opponents Malaysia on Thursday night (AEST).

Trevor Morgan's side entered the clash top of Group B after strong wins over Cambodia (3-1) and Laos (3-0) but it wasn't to be for the young Australians at the IPE Chonburi Stadium 1 against a clinical Malaysia performance.

Morgan's side looked to muster a response and enjoyed some good build-up play in front of goal with forwards Francesco Pusateri and Daniel Helweh looking threatening, while Adrian Segecic showed his class in midfield. 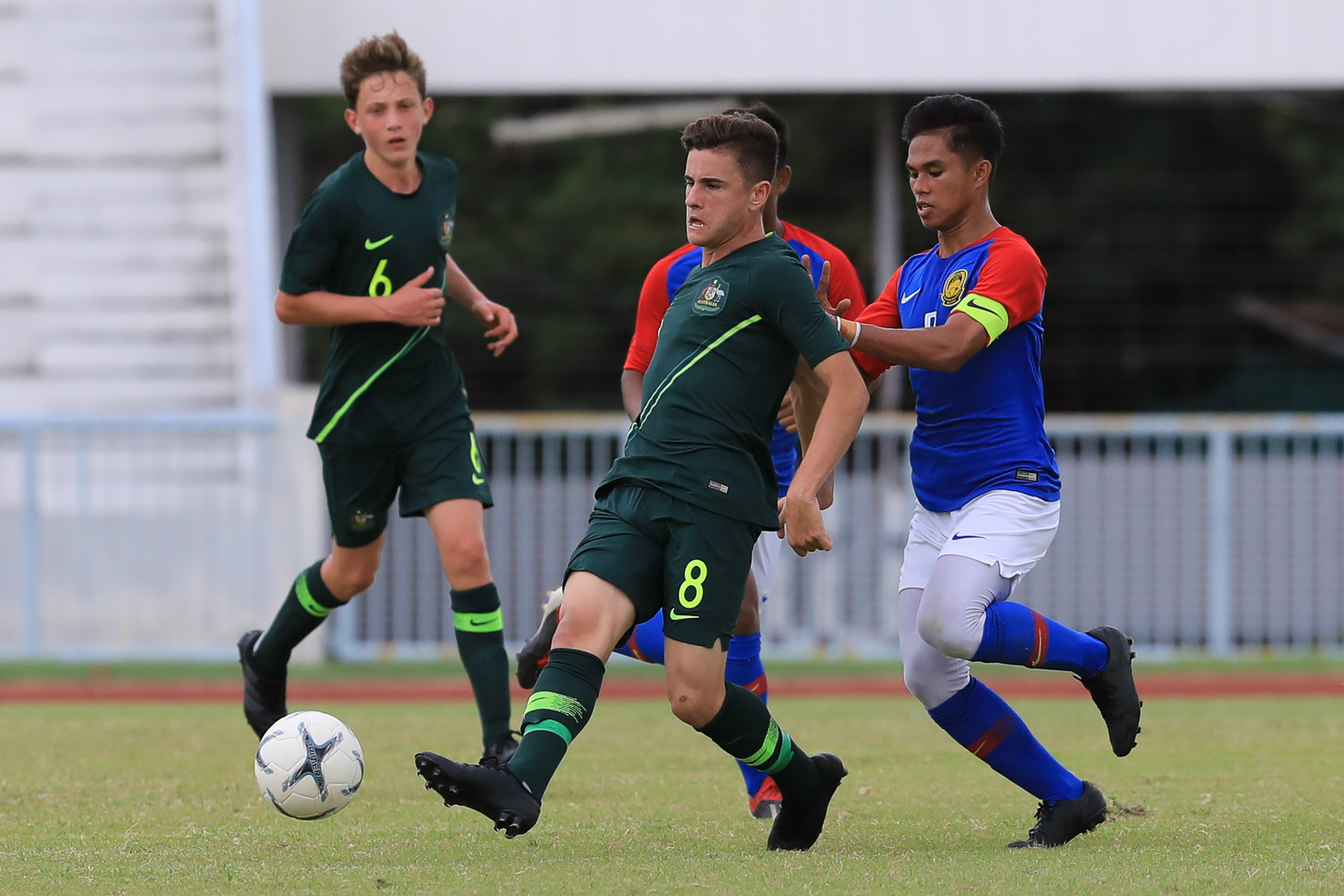 However, Malaysia would double their advantage via Muhammad Nabil Qayyum Bin Zainuddin, who fired past Nieuwenhuizen at the back post following a dangerous ball across the face of goal from by Adam Farhan Bin Mohd Faizal.

Despite promises of an Australian rally in the second stanza, Malaysia added their third in the 70th minute when Muhammad Izrin Bin Ibrahim smartly tucked away a cutback after Nabil Qayyum's driving run.