Both James Jeggo and Rhyan Grant made their Socceroos debuts when Australia faced Lebanon in November 2018.

However the start of their relationship spans back much further, as opponents at youth level nearly a decade earlier.

As the Sydney FC fullback prepares to reach the impressive milestone of 200 A-League appearances, Jeggo provided an insight into how he has witnessed Grant's progression over the years.

Jeggo, who is currently enjoying a strong season with Greek Super League side Aris Thessaloniki, shared his first memories of Grant when he was making his mark for the Australian Institute of Sport.

"I remember the first time I watched Rhyan play I was about 14 or 15," Jeggo told The Socceroos Podcast.

"I remember watching him play there, he was playing as a number six and he had the long hair and look of a surfer boy, and I remember thinking he was a really good player."

While the pair have never played together at club level, Jeggo always respected Grant as a fierce opponent during his A-League stints with Melbourne Victory and Adelaide United.

"You watch what he's done year in year out and Rhyan, as much as anyone, has had his injuries and setbacks," he said.

"But he's always been so consistent and what's been so impressive is not just the amount of games he's played but also you know, in a very good Sydney team he's always been one of the key players, scoring in Grand Finals and that type of thing."

Since uniting within Socceroos camp, the two have developed a strong friendship.

While he may appear easy-going in nature, Jeggo believes Grant's competitive spirit has fuelled his achievements to date.

"Meeting him through the Socceroos you see he's such a laid back, friendly guy," said Jeggo, "But there's a steely determination under that - when he plays he's brave, he wants the ball and he wants to make things happen. 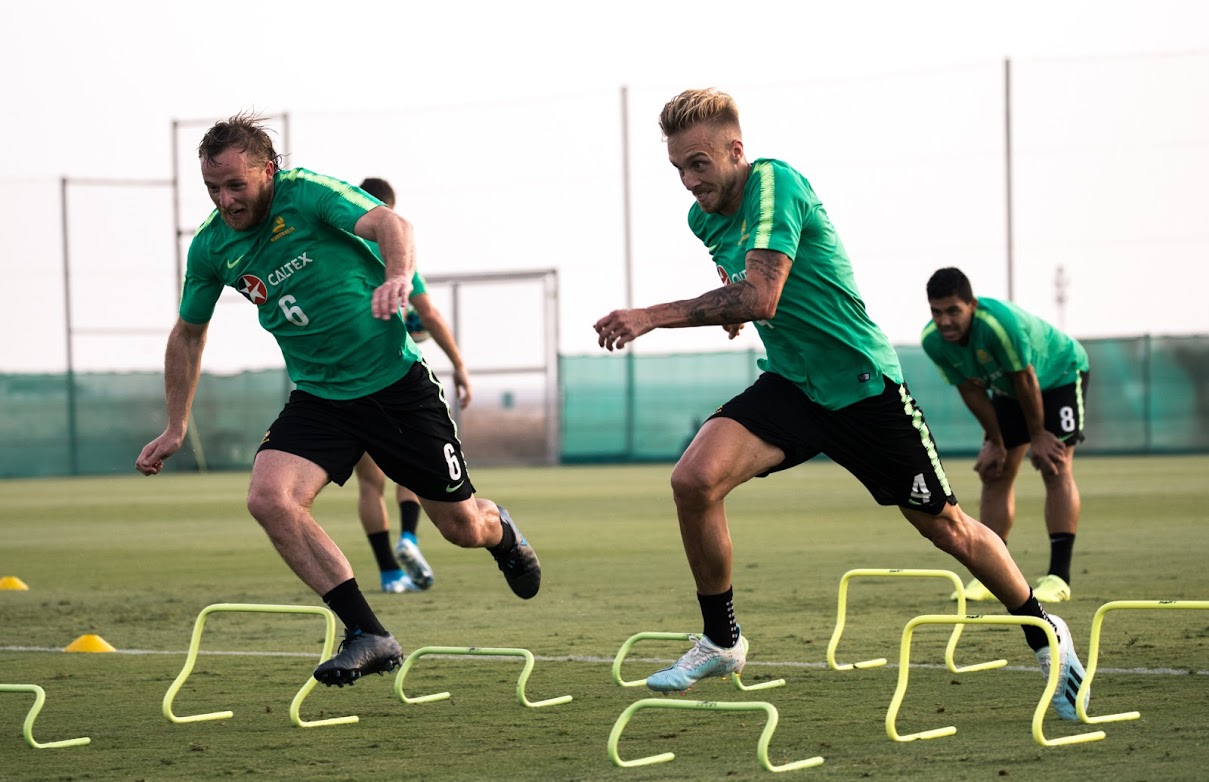 "In the Asian Cup he got thrown in after the second game, which was a big deal for him and obviously it's a pressure situation - watching him deal with that as if it was nothing was really impressive.

"I think that's why he has been able to be so successful and so consistent and also deal with those setbacks and not let them get to him."

Grant is set to bring up the double-century for Sydney FC on Wednesday night, as they look to turn around a couple of frustrating results at home to Western United.

“I feel very humbled and privileged to have played so many games for this club and to have represented in the A-League so many times,” Grant told Sydney FC.

“I will also feel very proud when I walk out on Wednesday night but the main thing is winning the match."