Socceroos supporters will be able to get up close and personal with the squad next month when the team holds a Fan Day at HBF Park just three sleeps before Australia’s FIFA World Cup Qatar 2022™ qualifier against Kuwait.

On Monday, 23 March 2020, Graham Arnold’s charges will train at HBF Park from 5.00pm local time, with the session open to the public in its entirety.

From approximately 5.45pm, there will be range of activities which will include the opportunity to get photographs and autographs with squad members.

The free event – which will conclude at approximately 6.30pm local time – proved to be a hit in Canberra last October when over 700 local football fans ventured to Deakin Stadium to engage with the squad just days before Australia’s 5-0 FIFA World Cup qualification win over Nepal.

TICKETS: Book your seat at HBF Park for Socceroos v Kuwait
ONE MONTH TO GO: Don't miss out as we kick off 2020 in style! 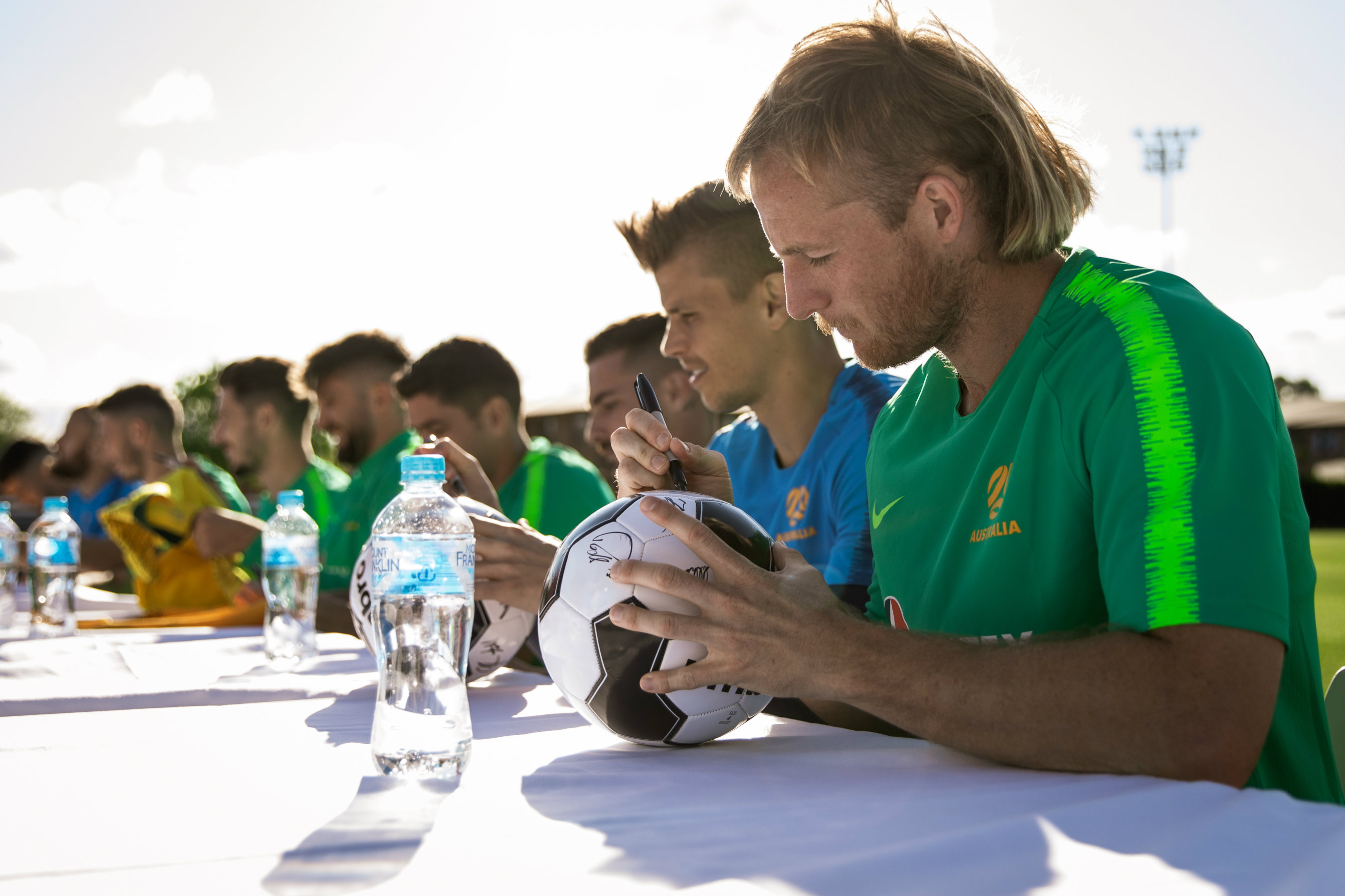 Socceroos Head Coach Graham Arnold will be in Perth on Wednesday to coincide with the announcement of the Fan Day, as well as to recognise the one-month-to-go milestone ahead of Australia’s clash with Kuwait.

“2020 is a huge year for the Socceroos with the squad set to compete in at least fourteen (14) matches from March to November,” Arnold said.

“It will be great to commence that journey, which includes important FIFA World Cup Qatar 2022™ qualifiers as well as our historic participation at the Copa America, here in Perth.

“We will potentially have a strong Western Australian flavour in our squad when the group plays here in a month’s time, with Adam Taggart, Josh Risdon, Nikita Rukavytsya, Trent Sainsbury, Jamie Maclaren, Harry Souttar, and Nicholas D’Agostino among the players with links to Western Australia in contention to feature in our squad.

“What I can promise the Perth public is that we will be selecting a strong squad for our match at HBF Park, and we look forward to their support in the days leading up to the game and on matchday,” he said.

Australia’s encounter with Kuwait will be played at HBF Park on Thursday, 26 March 2020, with kick-off at 6.00pm WST.

Australia has recorded four wins from as many fixtures in its first phase of FIFA World Cup Qatar 2022™ qualification, amassing an impressive sixteen (16) goals in the quest to Qatar so far.

Tickets for the fixture are on sale now via www.socceroos.com.au.

REDMAYNE FEATURE: 'I was told I wasn't good enough for the A-League'
AUSSIES ABROAD: Amini closes out win for AGF in Danish Superliga
AUSSIES ABROAD: Rogic starts and rallies Celtic for comeback over Kilmarnock
NEWS: Vukovic nears the end of ‘a long road’ to recovery from ruptured Achilles