Josh Risdon paid tribute to his Western United teammates for helping him rediscover his form and earn a recall to the Caltex Socceroos squad.

Risdon, who has 14 Caltex Socceroos caps, last turned out for Graham Arnold’s side in the AFC Asian Cup opener on January 6, 2019, when an groin injury ended his tournament prematurely.

He played only one more Hyundai A-League game for Western Sydney Wanderers in February before the injury forced him to shut down the rest of his 2018/19 campaign.

After more than six months rehabbing, Risdon returned to the field with his new club Western United and helped them make history by starring in their first five competitive fixtures.

Risdon’s performances in green and black attracted the attention of Arnold and the 27-year-old received his first international call-up in almost 12 months.

But the Western Australian says he could not have done it without the efforts of his club teammates, who have collected 10 points to sit second in the Hyundai A-League ladder.

“It’s really good to be back involved in camp,” Risdon said.

“It’s been a while since I’ve been here but it’s always a privilege to come in to the national team set up and I’m really enjoying it.

“We’ve got off to a pretty decent start and I’m really enjoying it at Western United.

“The club is really good, we’ve got a great bunch of boys in the team.

“We’ve started off really well. It’s early doors, we’ve still got a lot to improve on but we’ve started on the right foot and hopefully we can keep going.

“We’ve got off to a really good start and that’s probably helped me a lot in these first five games to get back into the squad.”

Risdon has joined up with the Caltex Socceroos ahead of their fourth FIFA World Cup qualifier against Jordan on Friday, 15 November AEDT.

It’s in Amman that he will reignite his battle with Sydney FC flyer Rhyan Grant over the starting right-back spot in Arnold’s plans.

“That’s really healthy to have competition for places in the team,” he said.

“Rhyan [Grant] has done really well over the last year or so.

“I’m coming back in now to put some pressure on him and just do well and make that healthy environment of competition for places in the squad.”

Ahead of the arrival of the rest of his international teammates, Risdon paired up with Grant to attend a football camp for underprivileged kids at the Jordan Football Association’s headquarters.

The community program helps young boys and girls between the ages of 10 and 14 to play football three times a week. Grant and Risdon were special guests at the session, held in association with the Australian Embassy in Jordan.

“It’s great,” Risdon added. “We’ve done a lot of this stuff in Australia and to do it overseas is pretty cool.

“To get out to the communities and see these kids that have got a lot of talent, these ones especially.

“It’s always great to get out and amongst it and have a smile on your face. It takes you back to doing this sort of stuff for fun.” 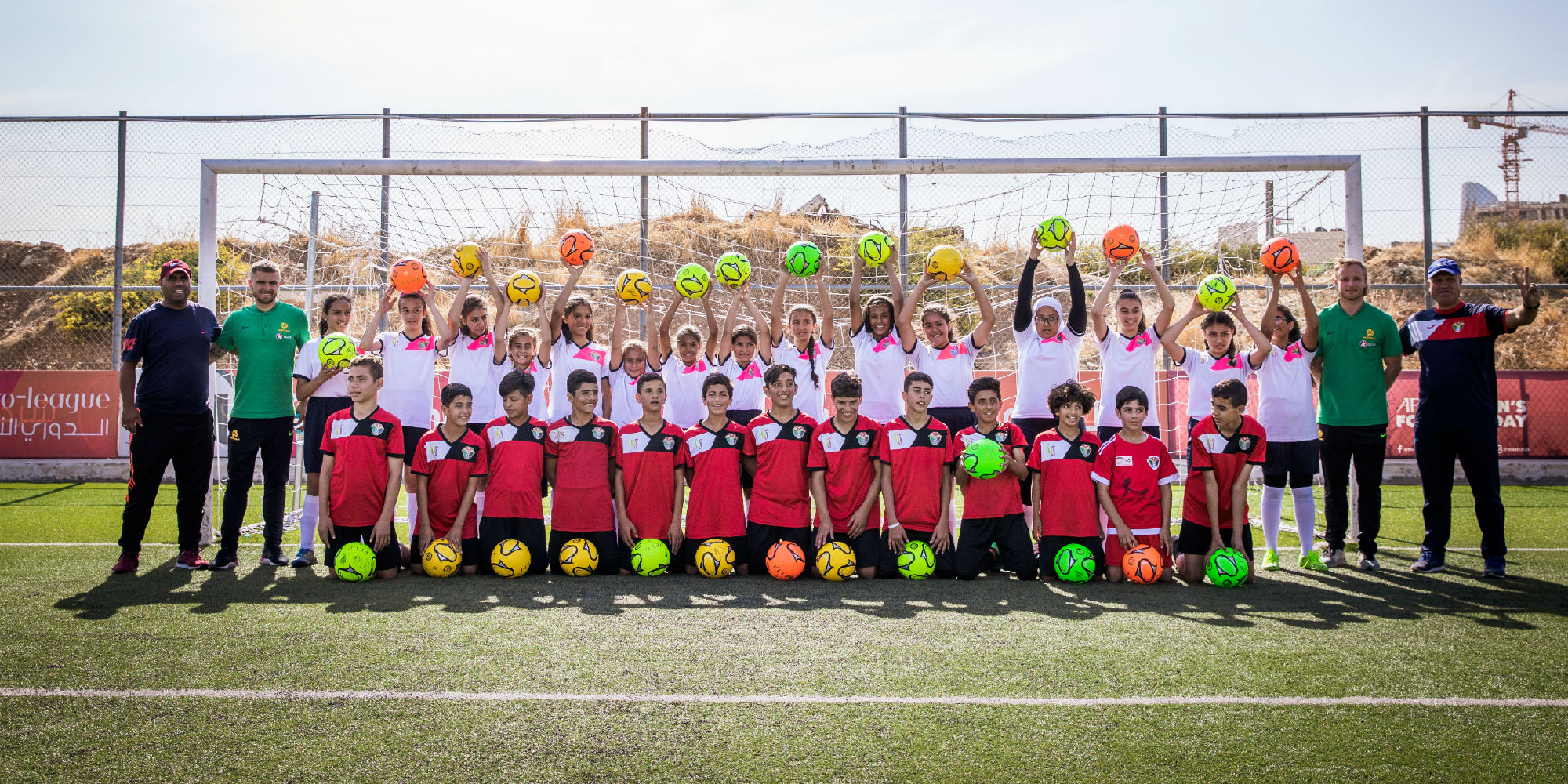