The Caltex Socceroos' opponents next Tuesday night in Melbourne have squeezed past Iraq in dramatic fashion in FIFA World Cup qualifying action overnight.

Substitute Hotaru Yamaguchi struck a dramatic stoppage-time winner as Japan snatched a 2-1 victory over the Iraqis.
It looked as though Iraq, who had lost both of their previous Group B fixtures, would get off the mark when Saad Abdulameer headed home an equaliser on the hour mark in Saitama.

The visitors may have felt a point was just reward for their efforts, especially given the nature of Japan's opener midway through the first half, with Hiroshi Kiyotake seemingly a couple of yards offside before his cross was cheekily converted by Genki Haraguchi's flicked finish.

Vahid Halilhodzic's side were well shackled in their efforts to force a winner following Abdulameer's equaliser, although Keisuke Honda went agonisingly close with a header against the outside of the post.

But in time added on, a free-kick from the left was headed clear and Yamaguchi thumped a superb first-time volley through a crowded penalty area from 25 yards to spark wild celebrations from the hosts.

Japan - who have reached each of the past five World Cups - now have six points from three matches. They meet Australia next Tuesday in Melbourne.
The Caltex Socceroos have seven points along with fellow group leader Saudi Arabia after the two nations drew 2-2 in Jeddah. 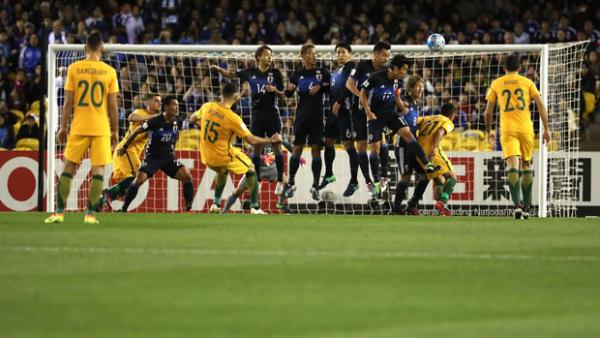 The intense rivalry between Australia and Japan continued on Tuesday night with both teams forced to settle for a 1-1 draw after an absorbing contest at Docklands. 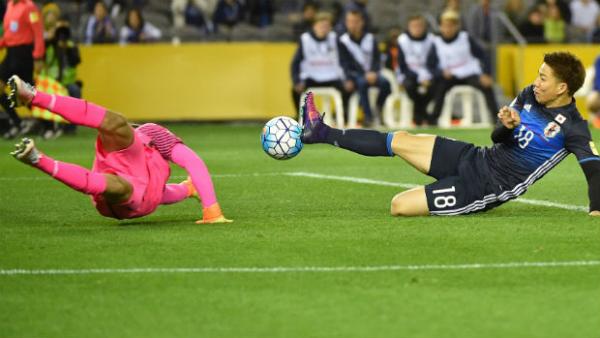 It was a world-class save to preserve a point for the Caltex Socceroos but Mat Ryan played down his heroics in Tuesday night's draw against Japan but he conceded the Socceroos were clearly not their usual lively selves. 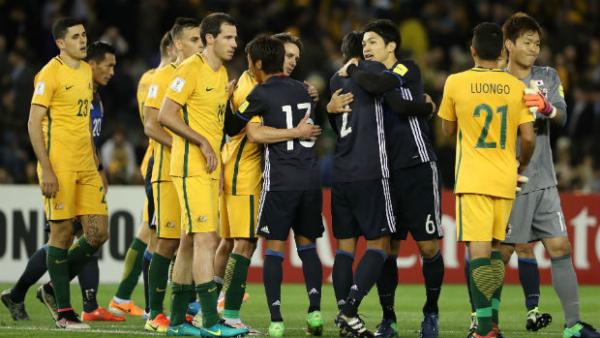 Saudi Arabia have gone clear at the top of Group B following a thumping win while the Caltex Socceroos are in second spot after a huge MD 4 on Tuesday night. 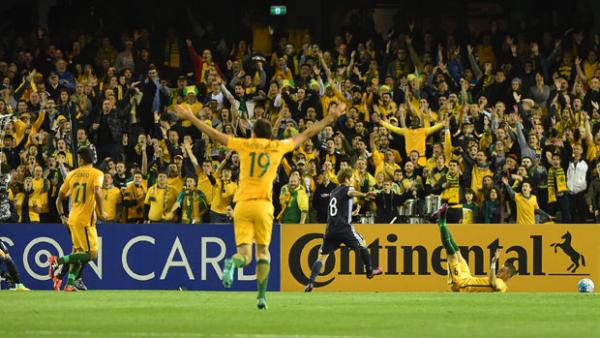 Australia were frustrated by Japan in Melbourne but earned a vital point on the road to Russia 2018. See the best pics from the match here! 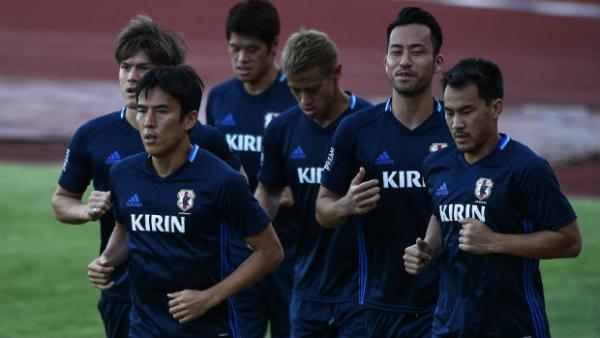 Ange's admiration for J-League and respect for Japan

He'll be doing his best to put a dent into their FIFA World Cup hopes tonight but Caltex Socceroos boss Ange Postecoglou has also revealed his huge regard for Japanese football. 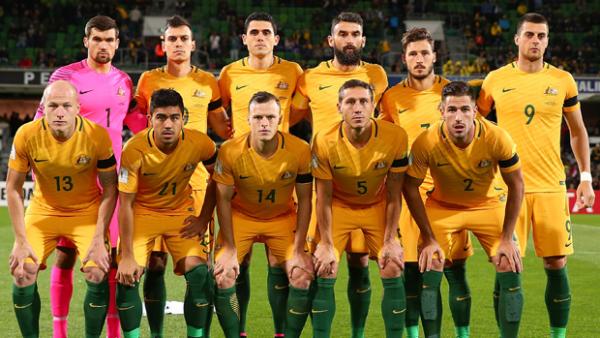 Who’ll start for the Caltex Socceroos against Japan?

On the eve of kick-off to the Caltex Socceroos' FIFA World Cup qualifier against Japan, we predict the starting XI ? perhaps with a new formation - Ange Postecoglou might pick in Melbourne. 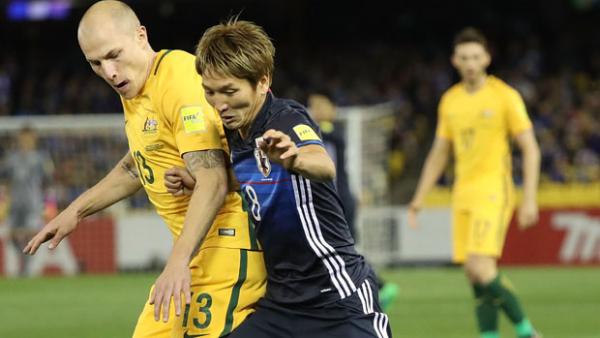 Two AFC big guns, a massive rivalry and both nations with genuine designs on an automatic World Cup qualification spot. It all makes for a blockbuster qualifier when Australia host Japan in Melbourne on Tuesday night. 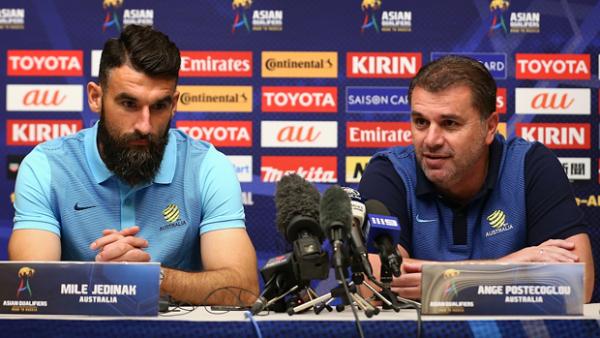 Caltex Socceroos coach Ange Postecoglou will make "at least a couple of changes" to his starting XI for Australia's World Cup qualifier against Japan on Tuesday night. 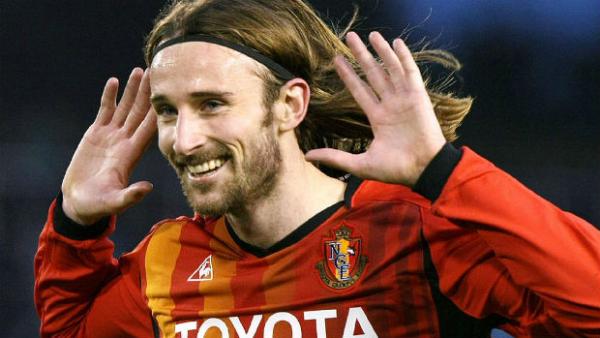 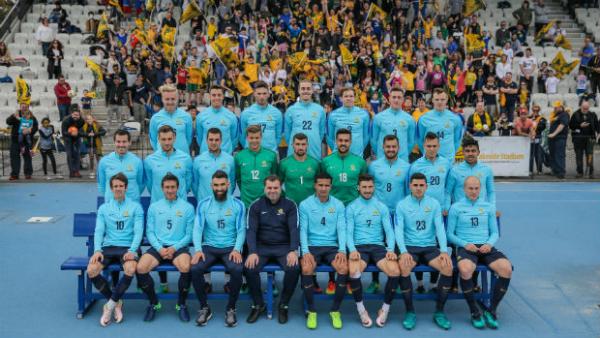 Football fans got the chance to meet and have a kick around with the Caltex Socceroos on Sunday ahead of their WCQ against Japan. 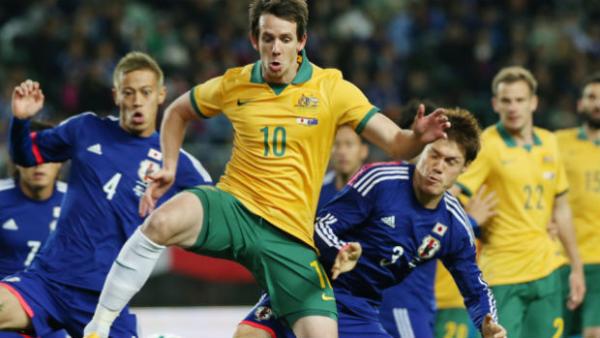 The Caltex Socceroos' 'generation next' are catching the eye of a throng of Japanese media in Melbourne for Tuesday night's huge World Cup qualifier with Japan at Docklands.