Why Cahill can lead Hangzhou to Chinese glory

Asian football expert @JohnnyDuerden has the inside word on Tim Cahill’s new club Hangzhou Greentown and argues the Socceroo great might just be the smartest signing by new Korean coach Hong Myung-bo.

There is something of a rivalry between Hangzhou Greentown and Shanghai Shenhua.

And games between the two in the 2016 Chinese Super League season will have an extra edge as Tim Cahill - a few days after leaving the Blues - has signed for their neighbours (in Chinese terms at least) just to the south.

There is a long tradition in China of leaving Shanghai - the commercial centre of the country - for an escape among the lakes and gardens of Hangzhou.

The city has grown, as Chinese cities are wont to do, to a population of just short of ten million but it retains some of it historic charm.

Football fans would like to see the city be known for something else but given the spending elsewhere in the league, that is not going to be easy.

A few years ago, the Hangzhou’s parent company, another one of China's seemingly limitless real estate development companies, injected some funds and was rewarded with a fourth place finish in 2010.

A year later, the club hired Takeshi Okada, who had just led Japan to the second round of the World Cup, to take the team forward. 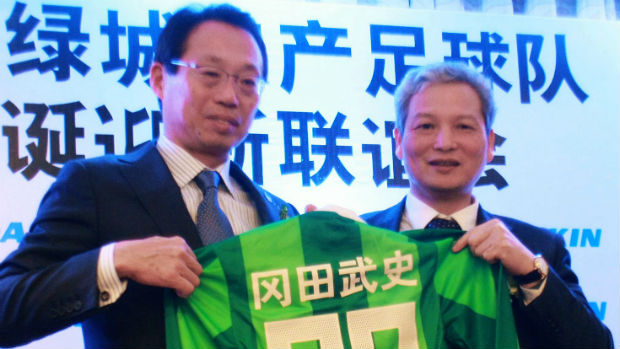 He left in 2013 but the team's last four seasons have seen lower mid-table finishes.

Given the history between the two countries, it was a brave move to hire a Japanese coach. Hangzhou is not averse to thinking outside the usual South American/European box, when it comes to coaches.

The new coach is another Asian and an even bigger name in Hong Myung-bo.

Then he led the South Korea U-20s to the 2009 World Cup quarter final and then bronze at the 2012 Olympics.

Hangzhou impressed the 'Eternal Libero' with its long-term plans to become a power in Chinese football.

Hangzhou does not have the deep pockets of Guangzhou Evergrande, Jiangsu Suning, Shanghai SIPG and others but is looking to build a squad with a mix of experience and youth to slowly establish itself as one of the bigger and better clubs.

Hong was the hottest coaching property on the continent until the disastrous 2014 World Cup and the single point that the Teaguk Warriors took - the former defender took a savaging back in Seoul.

The lesson Hong took from that tournament was that if you don't have leadership on the pitch then you are going to struggle.

So, enter Tim Cahill. Hong was looking for his leader, a player who can keep the team going when the situation becomes tough. 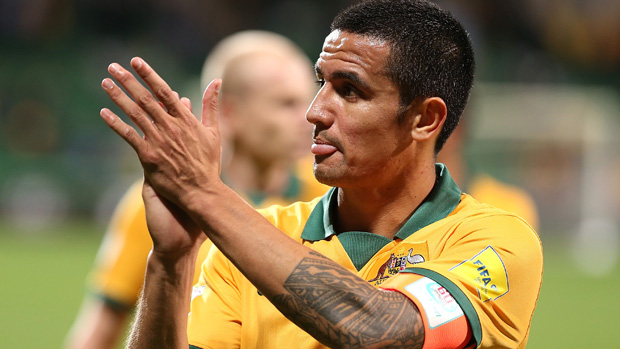 The Socceroo is likely to become Hong's lieutenant and it is a relationship that could prove mutually beneficial.

Not only that, in a pre-season training camp in Thailand, Hong identified the need for more goal power.

In 2015, Hangzhou scored less than a goal a game and were rarely outplayed, the majority of its defeats were narrow ones.

Cahill suddenly coming on the market was a blessing.

No transfer fee, a big name, a proven goalscorer who has already settled nearby in China (and this is a huge bonus given that foreign players come and go with alarming rapidity).

He is someone who could instil a little more aggression and determination in the team. 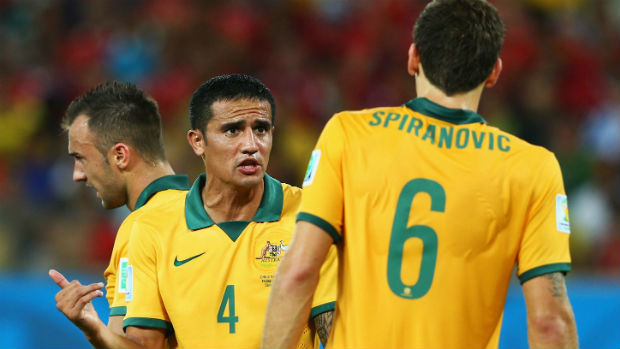 Cahill lines up with Matthew Spiranovic. The big centre-back made his debut in August after joining from Western Sydney Wanderers and while taking a little time to settle, showed enough that his first full season should be a good one.

For Hangzhou and its new coach, Cahill is exactly the right man at the right time. He is the leader Hong has been looking for.