There's plenty for Caltex Socceroos fans to sink their teeth into this weekend with our homegrown heroes gearing up for some massive matches.

Mathew Leckie attempts to slay a giant in Germany, two Aussies set aside national team loyalties in Denmark and Aaron Mooy goes on the hunt for precious Premier League points.

Read on for a rundown of what's to come and when it all unfolds!

All kick off times in AEDT.

Leckie back for Bayern blockbuster

Flying forward Leckie appears ready to feature for the first time since the AFC Asian Cup and his return to fitness could not come at a better time for Hertha Berlin.

The 28-year-old winger has taken part in training this week and now looks a strong chance to boost Pal Dardai's options at Allianz Arena.

Hertha's huge match against the champions is at 1:30am on Sunday. beIN Sports broadcast the Bundesliga in Australia.

There also a big match in the Eredivisie on Monday morning (12:30am) with PSV's title credentials to be put to the test by third-placed Feyenoord.

The leaders are four points clear but have drawn two matches on the trot and conceded four goals in that period, meaning Trent Sainsbury and Aziz Behich might be called in to bolster the defence.

At the other end of the table, Alex Gersbach and NAC Breda will be determined to break out of a difficult run of form against Ajdin Hrustic's visiting Groningen (6:45am Sunday).

AGF have won three Superliga matches on the trot, while Midtjylland's winning run sits at five.

The experienced gloveman celebrated a two-year contract extension early in the week and was then involved in the Belgian side's Europa League date with Slavia Prague.

Midfielder Jimmy Jeggo scored in his last Austrian Bundesliga appearance before the winter break and will hope for more of the season when Austria Wien refocus on the league with a tough visit to LASK Linz at 5:30am on Saturday.

Meanwhile, Apostolos Giannou's AEK Larnaca side play their final fixture of the Cypriot First Division’s home and away season when Paralimni arrive at 3:00am on Monday.

Aaron Mooy will be refreshed and raring to go for Huddersfield Town’s crucial encounter with Newcastle United at St James' Park early Sunday morning (2:00am).

The Terriers have had an opportunity to regroup since their 2-1 defeat to Arsenal on February 9 and manager Jan Siewert will hope the additional time leads to his first points at the helm.

The match will be screened live on Optus Sport.

Mat Ryan's Brighton and Hove Albion are not in action until a trip to Leicester City on Wednesday morning (6:45am), which is when Huddersfield host Wolves. 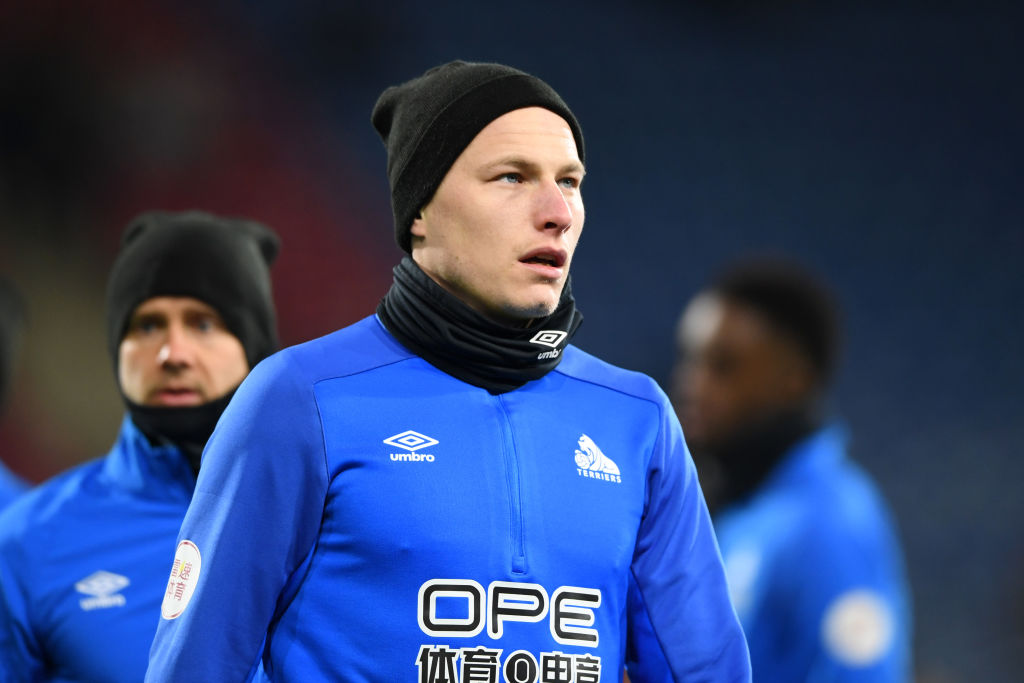 The J1 League returns this weekend and that means two current Caltex Socceroos are back in the limelight.

Closer to home and the Melbourne Derby is set to capture Hyundai A-League headlines on Saturday night (7:50pm), with Jamie Maclaren looking to continue his prolific start to life at Melbourne City.

Sydney FC and their right-back Rhyan Grant are in action against Wellington Phoenix earlier in the day (5:35pm).

Chris Ikonomidis' Perth Glory have to wait until 7:00pm on Sunday for their date with Western Sydney Wanderers at Spotless Stadium.