Veteran Caltex Socceroo taking it all in his stride

With experience, comes relaxation. While some in the Caltex Socceroos are burning plenty of nervous energy ahead of their next Confederations Cup clash against Cameroon on Friday (AEST), one man has seen it all before.

And for Mark Milligan – a veteran of eleven years in the international set-up – the benefit of experience is shining through.

NO MORE NERVES FOR MILLSY

“When you’re not as nervous about the upcoming game you’re able to take in the information leading into a match much better.

“I know what I’m going to give performance-wise and the standard I’ll [reach] when I go out on the pitch so I can focus on other areas, like the tactical side of things.

“The game is a lot more tactical now and it’s changing a lot so from a personal space you just prepare better because there’s not as much of that nervous energy.

“When you walk out on the pitch, you still feel that to a degree, but as you get older you know what to expect from yourself in the consistency and mentality side of things, which makes it easier,” he said.

Of the current squad, only Tim Cahill has appeared more often for Australia than Milligan.

And the 31-year old midfield anchor is keen to make life easy for the new players to the Caltex Socceroos set-up.

“The most important thing with the young guys coming in is that they feel comfortable and part of the group,” said Milligan.

“We sit down for three meals a day and you’ll often have them at your table, so being able to involve them as soon as they come in and make them feel at home is most important.

“When players are comfortable in their environment, they play better.

“This group has been wonderful – we’ve had a lot of new players come in over the last couple of years since Ange has been involved and we’ve worked really hard to create an environment where new players can slot straight in.”

MATCHING IT WITH THE BEST

After three World Cup campaigns – the last in 2014 ruined by injury – Milligan is looking forward to another major FIFA tournament in Russia.

“It’s a very good test, but it’s one this group is up to.

“We’ve always said that we want to be able to compete with the best in the world.

“This is the first chance since the last World Cup to be on that stage again and to show what we’ve learnt over the last few years,” he said. 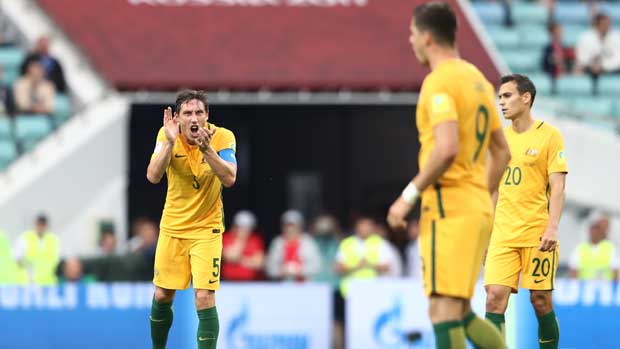