Bert van Marwijk has explained the inclusion of two brand new names in his 32-man Caltex Socceroos squad before the 2018 FIFA World Cup.

Hyundai A-League breakout star Daniel Arzani and 21-year-old right back Fran Karacic have earned call ups, with Van Marwijk also including all 26 players involved in his March squad for games against Norway and Colombia.

READ: Explainer on the key dates ahead for the Caltex Socceroos

But it’s Arzani and Karacic which will have fans intrigued, after the Melbourne City youngster earned the NAB Young Footballer of the Year award while Karacic has been impressing in Croatia.

“I heard a lot about Arzani, everybody is talking about him,” said Van Marwijk to www.socceroos.com.au.

“In February and March he didn’t play a lot and he’s very young but I heard he had something special.

“I had a few conversations with coaches that work with him and with people in Australia who watch players for us, we see matches on television and the last months and weeks he plays every week, he does very well. 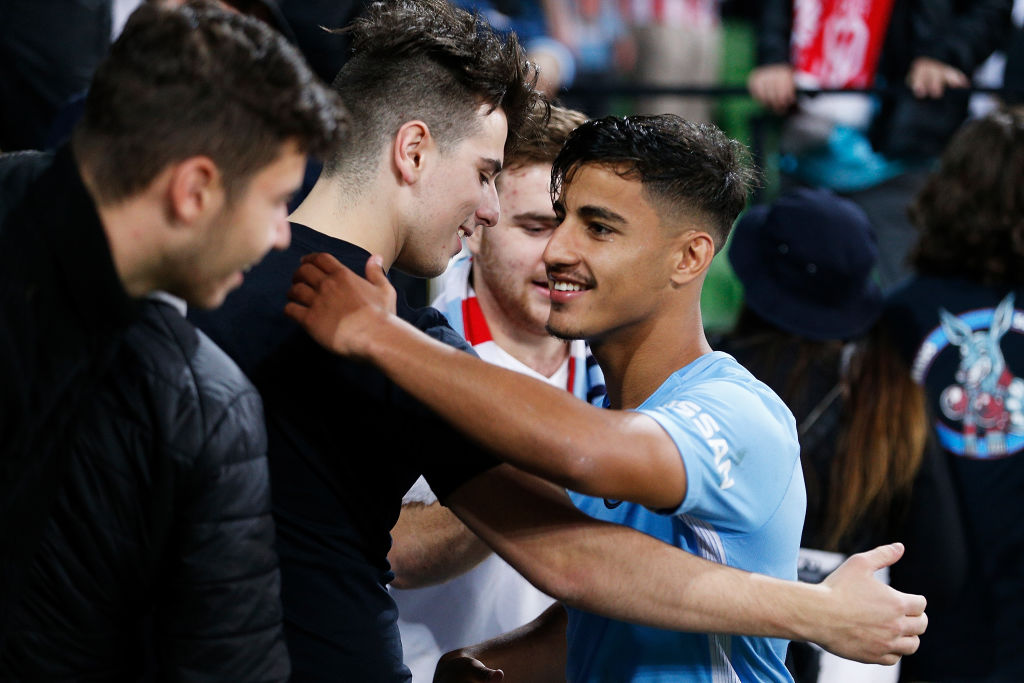 “He’s a player that has something special, I like players who have something special and can decide games. He’s very young, he has to learn a lot but at this moment he earns his spot in the 32.”

For Van Marwijk, Karacic has the potential to add competition to the right back position.

Caltex Socceroos assistant coach Ante Milicic prompted Van Marwijk on the option of Karacic after making 23 appearances for Lokomotiva Zagreb and captaining the side this season in the Croatian 1st Division.

“Everyone knows we have problems with defending on the right side,” the Dutchman said.

“Ante spoke with me about Karacic, he’s young and he’s playing in Croatian under-21. We went to Croatia a few times to see him.

“He’s a talented player, he’s very big and strong. At the moment, he’s the captain of his team, he’s very young but he’s captain and he’s playing at the highest level in Croatia. He can be an interesting player for us.”

The 32-man Caltex Socceroos squad will next week be trimmed to 26 before Van Marwijk and his staff meet up with players in Turkey for a 20-day training camp.

It is here where preparations will ramp up, with Van Marwijk labelling it “the most important time” he has to get across his vision for the national team.

“The 10 days in March when we played Norway and Colombia, maybe we had only two sessions here we could train two times normally,” the 65-year-old added.

“That’s very short. But from the time in Turkey I can work with them every day and most of the time it will be two times [per day].

"In those three or four weeks it must be very clear for the players what we want, I already spoke with them about a lot of things, in the first half against Colombia I think you could already see what we want.

I’m looking forward, for me it’s a big, big challenge to work with them there under 100% good circumstances.”