With all 26 players from the Caltex Socceroos squad that faced Norway and Colombia in March included, Van Marwijk has also found room for Hyundai A-League youngster Daniel Arzani after his impressive breakout season for Melbourne City.

Another first time call up is Fran Karacic, a 21-year-old right back who has been a regular starter for Lokomotiva Zagreb in the Croatian 1st Division.

READ: Explainer on the key dates ahead for the Caltex Socceroos 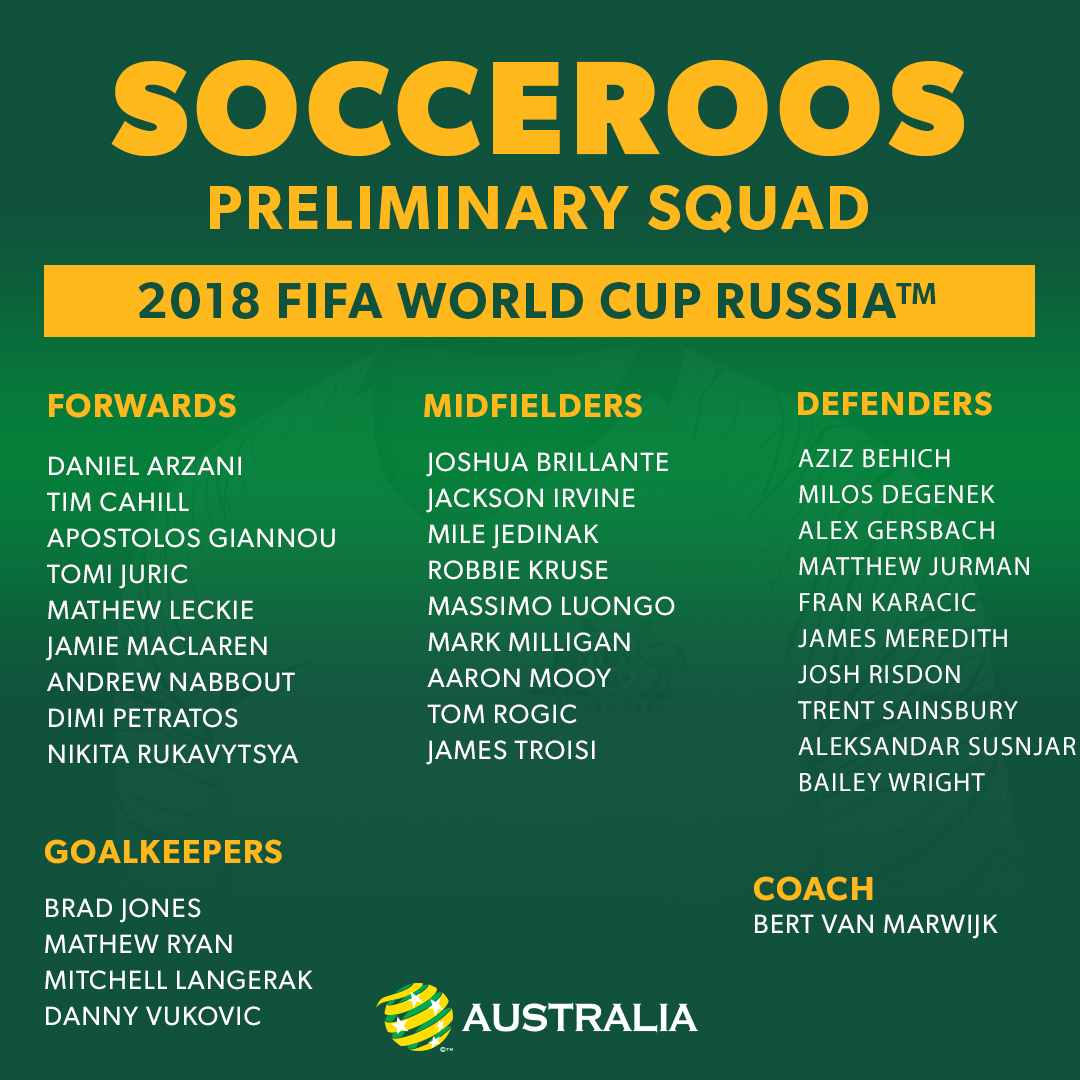 “I am not a person who changes all the time and we thought for a long time about the first squad that we selected,” said van Marwijk on his 32-man squad.

“I had a good experience with the 26 players in the ten days that I worked with them, so I had no reason not to nominate them again. But we have since seen other players so there will be a few new names in the squad.”

The 32-man squad will be whittled down to 26 next week before the team travels to Turkey for a 20-day training camp.

The Caltex Socceroos will then play pre-World Cup friendlies against Czech Republic and Hungary prior to travelling to Kazan in final preparations for the first Group Stage match against France.