After helping Australia clinch a spot in the Tokyo Olympics, U-23’s attacker Nick D’Agostino is hoping to be a driving force in his nation’s campaign in 2021.

After a loss to South Korea in the semi-finals of January’s AFC U-23 Championship, Australia overcome Uzbekistan in the third-place play-off to qualify for the Tokyo Olympics.

It was the 47th minute the scores were level when Perth Glory striker D’Agostino scored a brilliant solo goal, sending the U-23’s to their first Olympic Games since Beijing in 2008.

“It was one of the greatest moments of my young career and life so far,” D’Agostino told Socceroos.com.au. 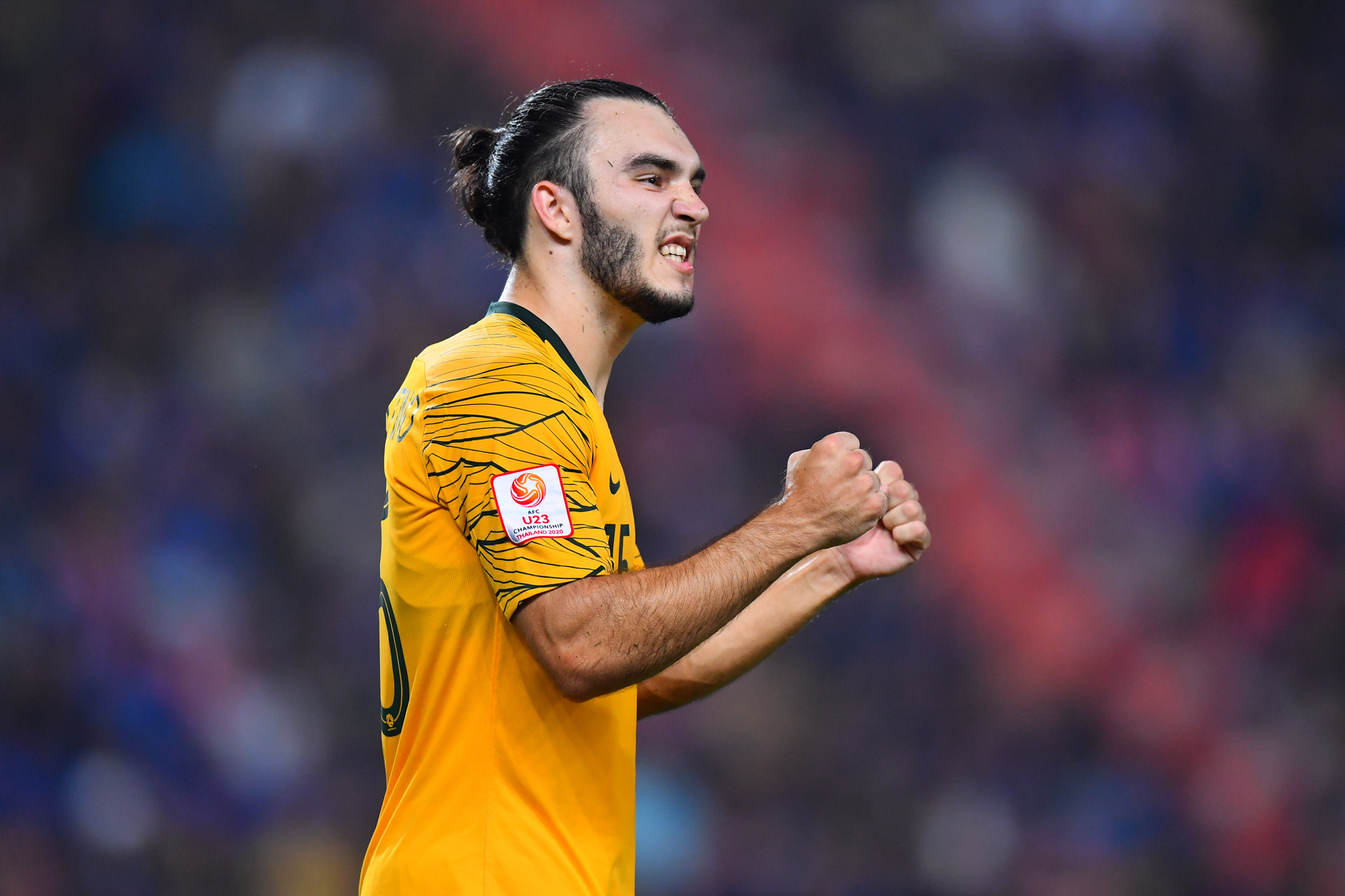 “I have nothing but happy memories from that tournament. Obviously, we would have liked to win the whole thing, that was our goal that we set out to do before we went there.”

“I couldn’t be prouder of the team or the coaching staff, myself as well, it’s a massive achievement. Nothing but very happy memories from that one.”

Two months after the U-23’s qualified for Tokyo, the Olympics were postponed until 2021 due to COVID-19.

“It’s been a tough year with the coronavirus pandemic, hopefully that’s all done by then so we can put a smile on some faces of the Australian’s around the country who have had it tough,” D’Agostino said.

“Give back to the people who have put so much belief into me, hopefully I can score a few goals, get a few points in the tournament here and there, just show people what I can do is the main thing.”

With a renewed focus, D’Agostino is determined to keep fit and stay in form to make sure he books his seat on the plane to Tokyo.

“Obviously, it’s a dream come true playing at the Olympic Games, what you dream of doing when you’re young,” he said.

“It’s going to be a big, big occasion but hopefully I can put myself in contention for one of those spots just by working hard, keeping my body right, playing games and scoring goals.”

He remembers watching the 2004 Olympics and the moments that inspired him to pursue his own Olympics dream.

“Watching the Australian players walk out, showing the pride of putting on that national jersey. Walking out and obviously, singing the national anthem, stuff like that just gives you goose bumps. Hopefully I can get the chance to do that in the Olympic Games, get on the park and hopefully score a few goals.”

He added: “Hopefully I can play good football, just like I said get really strong because the Olympic Games is going to be tough, playing against some of the best young players in the world."