Speaking to Carragher on his podcast The Greatest Game, Cahill described the moment that saw him score a contender for one of the best-ever World Cup goals during the 2014 campaign against the Netherlands.

But despite it receiving global applause, he refused to rank the thunderous volley with his weaker left foot as his number one goal.

Cahill went on to explain that it depends on how you rank goals.

"It was in Brazil, a volley, and I've scored some other really important goals in my career for my country and my clubs but it was about the way it went in," he said.

"It was about the ball outside by Bresciano, and McGowan putting in a beautiful ball and how the two defenders were coming towards me. 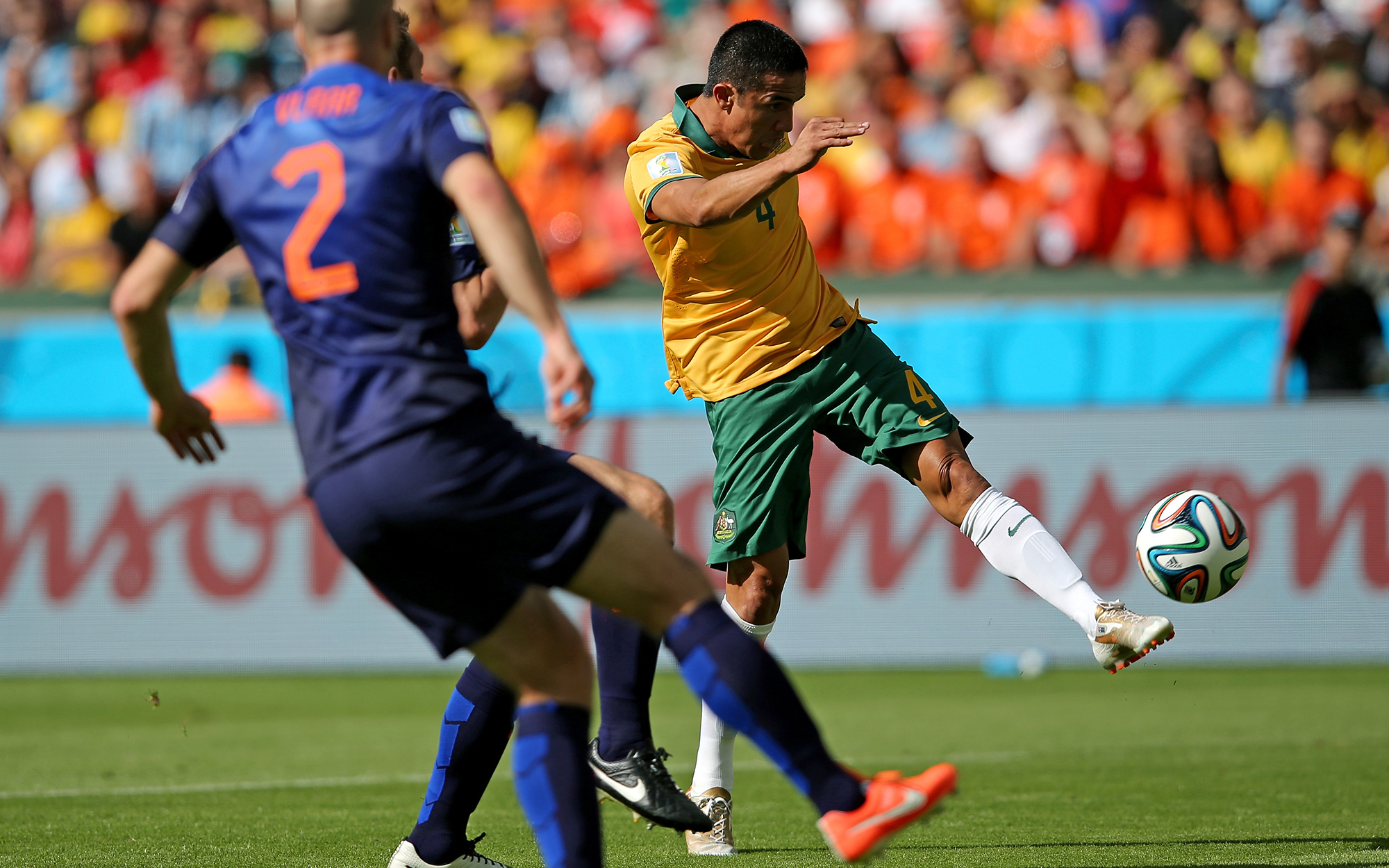 "At New York Red Bulls, it was a time when I was training with Thierry Henry and he always used to get upset with me for kicking balls, shooting and whacking them everywhere.

"I'm a guy that’s fearless. I’m not bothered about the outcome because it either hits the back of the net or it hits row z.

"I’ve said this time and time again, to get from Australia at 16 years old to Millwall and then wait six months to trial meant that I had made it when I signed my first contract.

"Anything above that was an achievement and that’s something that people don’t really understand because there are people who have won loads of trophies, but it was a hard path to get to professional football for me.

"Scoring that goal was a reward and when it hit the crossbar and went into the bottom of the net, I was the guy saying ‘for sure that’s meant to be.’

"That’s my attitude and that’s my mentality so it was a great moment."

While the insane volley stands as one of Cahill's most memorable moments of World Cup heroics, it is far from the only one.

He scored Australia's first-ever goal at the 2006 FIFA World Cup, in a thrilling comeback over Japan.

But he was not done there. Five minutes later, he scored a second goal to hand the Socceroos their first World Cup win.

"I went on, and scored the first-ever goal for Australia in a World Cup, and it was the most bobbly, ugliest looking goal that went through three sets of legs," Cahill explained.

"But I already knew the day before about knockdowns, about things around the box, about being pro-active, not being reactive, don’t stand on my heels, stand forward, be ready.

"It was like a dream. I don’t know how it happened, and I didn’t know it was the first goal scored for Australia in a World Cup until after the game.

"Soon after, the ball was played back to me and I rolled it with the top of my foot. The goalkeeper stands flat-footed and I give him the eyes and it’s the first goal I’ve probably ever scored outside the 18-yard-box in my life.

"It hit one post and went across the other side, hit the other post and then the back of the net. My second ever goal at a World Cup. All in the space of minutes."

He is a part of an elite group that includes the likes of Lothar Matthaus, Roberto Baggio, Diego Maradona and Robin van Persie who all scored at three World Cups.

It's all the more remarkable given that Cahill did not play his first game for the Socceroos until he was 24.

In 2018, he had the opportunity to score in four consecutive World Cups but the 40-year-old holds no resentment that it did not eventuate.

"For my birthday, my wife and my kids got me a picture with three other footballers that scored in four World Cups and I had the opportunity to be one of those four but it means nothing to me now because I didn’t do it," Cahill explained.

"It’s a memory that I take with me as a good thing because I achieved something that potentially might not ever happen again to play in four World Cups.

"I never ever focused on goals, I focused on qualifications and really making headway to do big things for my country."