Socceroo shot-stopper Mat Ryan is set to come up against some of the biggest names in world football after Valencia were drawn against Barcelona in the Copa del Rey semi-finals overnight.

Ryan was pivotal in ensuring his club progressed to the last four of the Spanish Cup after keeping a clean sheet and pulling off numerous spectacular saves in the 1-0 away win over Las Palmas on Thursday night.

The result in the second leg of their quarter-final saw Gary Neville’s side progress 2-1 on aggregate thanks to a first-half goal from striker Rodrigo, after the sides had played out a 1-1 draw at the Mestalla. 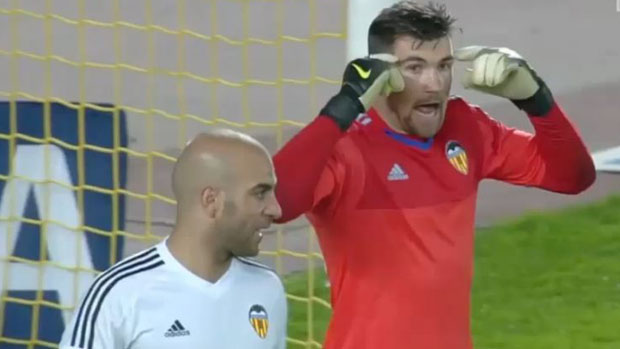 The 23-year-old was in goals for both ties with his reward seemingly the chance to test himself against Barcelona’s fabled MSN frontline, which has plundered 45 goals between them in La Liga this season.

The title holders booked their place in the last four courtesy of a 3-1 win over Athletic Bilbao, which sealed a 5-2 aggregate result.

The first leg of the Copa del Rey semi-final will be played at the Nou Camp on Wednesday 3 February, before returning to Valencia’s home ground a week later.

Celta Vigo will play Sevilla in the other semi-final, with the final likely to take place in Madrid.