Socceroos up for the challenge in Skopje: Jedinak

​With the 2018 World Cup qualifying campaign on the horizon, skipper Mile Jedinak says there’s no chance the Socceroos will lose focus in their last match before their Road to Russia 2018 kicks off.

Speaking on the eve of Tuesday’s (AEDT) friendly against FYR Macedonia in Skopje, Jedinak insists the long and tricky journey to World Cup qualification will ensure they won’t take their foot off the gas.

The AFC qualifiers for Russia 2018 begin in June for the Socceroos, with this their final clash in preparation.

While the side is on a high after giving the world champions a huge scare last week, Jedinak says the side’s recent success won’t take the focus off the big picture.

“You can’t get carried away with too many things,” Jedinak told FFA TV.

“We all know the game is around the corner. We want to put our best foot forward and that’s part of the building process. You have to be up for the challenge every game, every single day.  That’s the message that’s been given to us and the challenge that’s been set.

Jedinak scored a cracking goal which helped secure a 2-2 draw against Germany and admitted confidence is sky-high after pushing the world champions all the way. 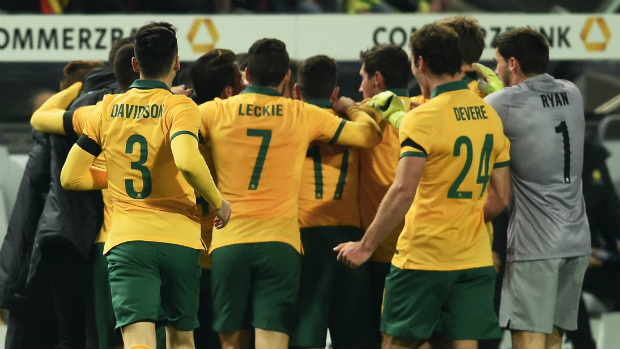 Belief is flowing right through the squad and the Crystal Palace skipper says it comes down to covering all bases and every single member of the squad doing their part.

“A lot of hard work gets done away from the game side of things. We do a lot of work on the training pitch and analysis,” Jedinak said.

“Everyone now understands what’s  required of them, that’s the fundamentals behind it and it doesn’t matter who’s coming in they are all getting a grip of what’s asked of them.

“That’s very pleasing for a group that’s still relatively young. It’s been great being able to see so many young players grasp their opportunity and grow in belief and in confidence.

“That’s got a huge part going forward but also to date what we’ve done with the Asian Cup and the result on Wednesday has a huge part to say in that.”