​Massimo Luongo’s dream season has continued after he received another honour at the Professional Football Association (PFA) Awards on Monday morning (AEST).

The Socceroo star was selected in the League One Team of the Year for his exploits at Swindon Town.

The 22-year-old’s stunning campaign – in which he has scored six goals in 37 games for the Robins - has helped the club into the play-offs for promotion to the Championship.

It’s also drawn the attention of some big clubs, including EPL side and FA Cup finalists Aston Villa whose manager Tim Sherwood is reporterdly keen to sign Luongo for next season. 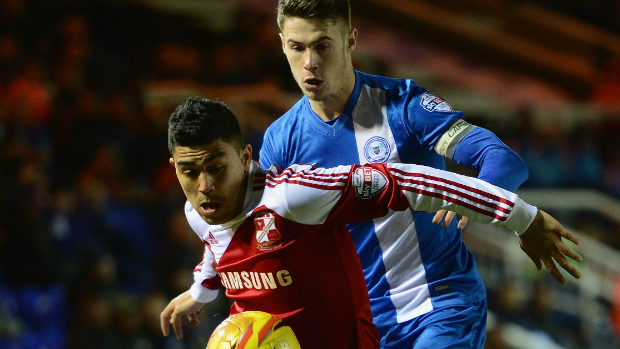 Luongo was also earlier this month named as the fourth best player in League One by rival managers at the Football League Awards.

The classy midfielder was voted the best player at January’s Asian Cup, scoring a stunning long-range opening goal in the 2-1 final win over Korea Republic.

Chelsea star Eden Hazard, who is set to come Down Under in June with the Blues for a clash with Sydney FC, took out the major gong – the PFA Player of the Year.

Tottenham are also Sydney-bound and their main-man Harry Kane made the PFA EPL team of the year and was also voted the Young Player of the Year.