On the eve of Liverpool’s FA Cup third round replay, Aussie rising star Brad Smith has spoken of his delight at taking his second chance with the Reds and revealed his athletic prowess could've led him away from a career in football.

It’s a game the new Socceroo is hoping to start after his well-taken goal in the first leg in Devon, which ended 2-2.

But Smith has spoken of his fears for his Anfield future after a European summer standoff with the club following the expiration of his contract.

The situation dragged on but since signing a new deal in December and the arrival of charismatic German manager Jurgen Klopp, the planets have aligned for the 21-year-old and his career at one of the EPL's biggest clubs is now on the up.

That FA Cup goal on a rough paddock in Devon in a very young Reds outfit and a deft assist for Divock Origi’s header in a 6-1 mauling of Southampton have been moments to savour in Smith’s resurgence as a Red. 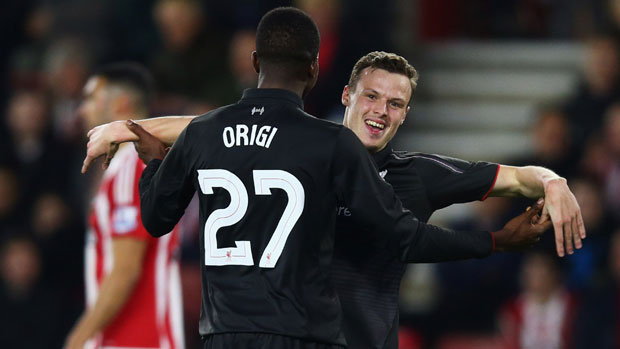 “What happened in the summer is in the past. I am just trying to enjoy my football.

“It was great to score and great to get an assist for Divock as well in my first game for a long time.

“That was a great feeling," he told the Liverpool Echo.

While the dispute was being sorted out the Western Sydney-born Socceroo trialled at Barnsley and Rosenborg before re-signing near the end of 2015.

“Was I worried it was the end? Yes definitely. A lot of things go through your mind when things like that are happening.

“I was living with my mum at the time and I was speaking to staff at Liverpool throughout the whole time.

“I am just glad the way it has turned out,” he said.

And with the early stages of the FA Cup offering a golden chance for younger squad players to shine, Smith has taken his chance.

“I felt a little bit like a senior player [against Exeter]... I know I am not the youngest in the group anymore so I tried to help out. It was good.

“We all dug in and it was good. If people were expecting us to fail then that’s up to them, but the boys dug in. They didn’t get what they wanted.”

Buzzing to score my first goal for @LFC ⚽️🔴 gutted we didn't get the win but the boys dug in to get the replay! #LFC

After his well taken goal on a difficult surface against a fired up opponent Smith revealed he got the ultimate post-match gift. A Klopp hug.

And the “hands on” work Klopp has been doing with Smith and the other next-gen Reds is starting to reap dividends.

“He [Klopp] has been telling me what he wants from me in terms of my crossing and when he wants me to put my crosses in which is helping a lot to be honest.

“He is really good, he is always hands on with every single player as individuals. Everyone is benefiting. 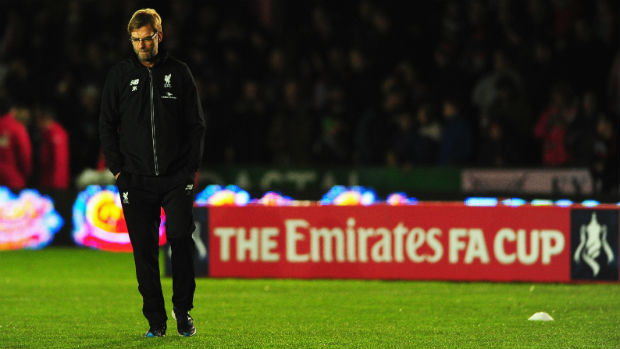 “Being with the first team every day helps you improve a lot.

“I’m getting experience, being around the bench and big games like Arsenal. The crowd was booming, so it was a good experience again.

“I am just trying to learn from it all really.”

Smith also revealed he could’ve potentially been a sprinter had it not been for football.

“I did sprinting from the age of nine to 14 until I came over here.

“I started playing football at 10. I was doing both. I used to do sprint training, but then I had to put that aside and do it for school and stuff. I got more into football.”

And for Klopp, Liverpool and the Socceroos, it’s been a move that’s paying dividends.