Almost 15,000 tickets have already been snapped up for the Socceroos’ friendly against Greece in June as tickets went on sale to the general public today (Thurs).

Football Family members made the most of their priority time, securing thousands of tickets to watch Ange Postecoglou’s troops take on the Europeans at ANZ Stadium.

It will be the national team’s first game at the venue since their historic and memorable triumph over Korea Republic in the AFC Asian Cup final in January 2105.

The clash will be vital preparation for the Socceroos as it will be their last hit-out before the final round of FIFA 2018 World Cup qualifiers start in September.

“It’s going to be a special moment,” Postecoglou said. “It’s the country of my berth, my parents made the bold decision many years ago and without that I wouldn’t have lived the life I have.

“On the night I think it will be a very special night…hopefully I’ll have a good memory of it at the end by performing well and doing the country proud. 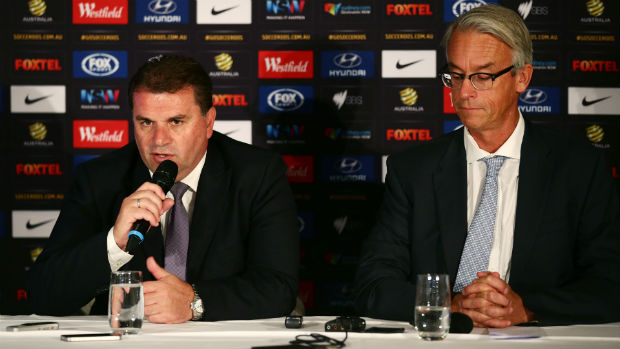 “What I like about this game is I know Greece are pretty determined, they had a very disappointing European Championships qualifying campaign and they are a pretty proud country.

"I know when they come here they will take it very seriously, they don’t want to miss the next World Cup.”

A second clash with Greece for June is also expected to be announced shortly.

It’s the first time Greece will be playing in Australia in a decade after they went down 1-0 to the Socceroos in a pre-2006 World Cup friendly at the MCG.

And it seems the fans can’t wait for the match to come around.