Goals from Andre Carrillo and Paolo Guerrero helped Peru edge Australia, while France and Denmark progressed through Group C with a scoreless draw.

Yet despite the scoreline, the Socceroos can take positives from their performance, with the green and gold controlling large spells of the match and creating a host of solid chances.

QUOTES: 'They did everything I asked. We played very well'

At the heart of everything good about Australia’s attack was Rogic.

The Celtic man, playing in his first FIFA World Cup™ after missing the 2014 tournament through injury, pulled the strings in behind striker Tomi Juric in what has been lauded as his best performance for his nation.

“That was Tom Rogic’s best half of football for Australia,” declared SBS commentator David Basheer after the half-time interval.

Former Socceroos captain Craig Moore added on Rogic: “He’s had some really good actions so far – he’s been releasing [Aziz] Behich and [Robbie] Kruse at will.” 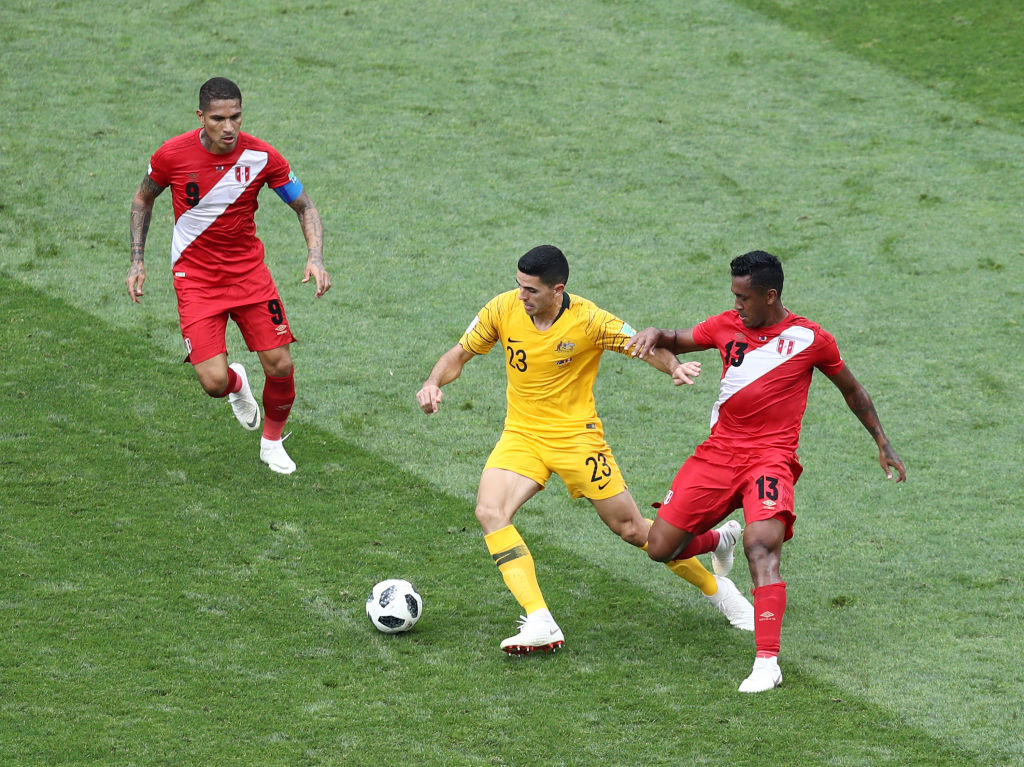 The 25-year-old looked at ease picking up possession in between the lines for Australia, frequently receiving forward passes from Trent Sainsbury in positions where he could turn and trouble Peru.

Shortly after the Socceroos fell behind, Rogic received a pass from Sainsbury – who had advanced into midfield – and the languid attacking midfielder then showed his class by weaving his way through three Peruvians to get away a shot.

It was the type of spark and close technical control that Rogic had shown glimpses of this tournament. And he was soon at it again when the Celtic man faced forward in a tight space to release left winger Robbie Kruse with a pinpoint killer pass. Kruse, racing through, then cut the ball back towards Mathew Leckie for Australia’s best chance of the match.

“Every time we could build up and found our free man in the midfield so that was the main reason we could control the game for big parts,” declared coach Bert van Marwijk after the game.

Rogic, being that free man, was the catalyst for this dominance – with his performance earning praise from journalists from the UK, Australia, France and Brazil.

Here's some of the best reaction about Tom Rogic's performance vs Peru ...