The 2018 FIFA World Cup in Russia is less than three weeks from getting underway and as part of our countdown to the tournament, we are profiling every Australian player who's been to a FIFA World Cup.

Today we continue the countdown with a versatile attacker, Richard Garcia who part of Australia’s World Cup squad in 2010.

Pim Verbeek opted to start Garcia as a central attacker in Australia’s opening Group D fixture against Germany in 2010 as the then Hull City man - the first Tiger to play at a FIFA World Cup - worked tirelessly against the world heavyweights and was withdrawn midway through the second half for Nikita Rukavytsya.

Garcia found himself on the bench for the Caltex Socceroos’ 1-1 draw with Ghana and then came on late as Australia finished their campaign in South Africa with a 2-1 win over Serbia.

Garcia played over 100 times for Hull City and famously helped the Tigers into the Premier League for the first time with a Championship play-off final victory over Bristol City.

The attacking midfielder went on to feature prominently in a roller-coaster campaign for Phil Brown’s side, with Hull eventually sealing their top-flight status with a final day win over Manchester United. 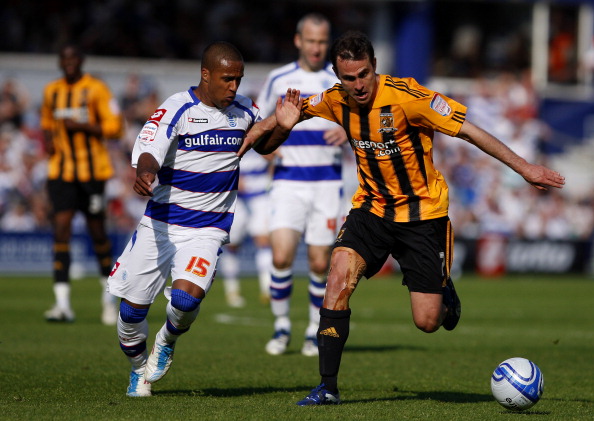 After retiring from professional football in May 2017, Garcia announced his desire to pursue a coaching career and joined Kenny Lowe’s coaching staff at Perth Glory in August.

Both Garcia and former Manchester United player Michael Carrick were ushers for each other’s weddings after striking up a close friendship as youth team players for West Ham United.

Garcia also featured in the midfielder’s testimonial match in June 2017.