Socceroos fans can take on a special EA Sports FIFA 20 squad created by Mat Ryan in the Featured Squad Battles mode for a limited time.

From Monday to Sunday, gamers can face the Socceroos' goalkeepers squad to earn Battle Points that are used to determine your Rank in the weekly Squad Battles competition.

The 26-year-old has also selected three Liverpool stars in his starting line up - Virgil van Dijk, Andy Robertson and Fabinho - to strengthen his defence and midfield, while PSG's Kylian Mbappe, Neymar and Barcelona's Lionel Messi will be the main outlets in attack.

Play against Ryan's squad now in FIFA 20's Featured Squad Battle or tell us on social media what you think of the Socceroos shotstopper's squad. 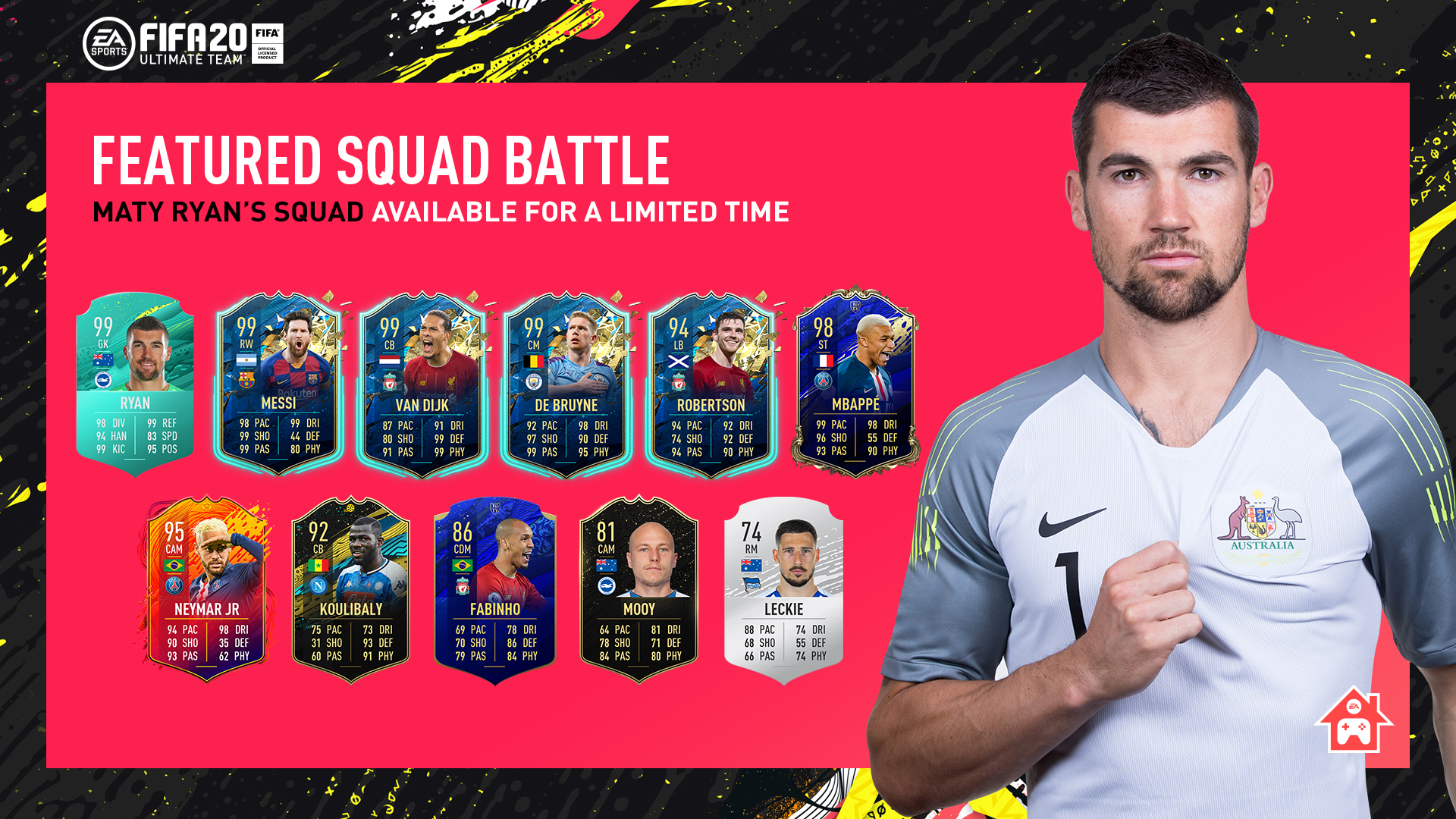