The player who'll lead the line for Tajikistan

Tajikistan might be out of the reckoning to progress on the road to Russia but one player the Caltex Socceroos will have to keep an eye on at the Adelaide Oval on Thursday night is wily forward Manuchehr Dzhalilov.

The 25-year-old has been a shining light for the world no.150, scoring six of the nine goals in their qualifying campaign to date.

Dzhalilov netted Tajikistan’s first goal in Group B in their opening loss to Jordan and helped them pick up a point against Kyrgystan in Bishkek.

Undoubtedly his best performance came in Tajikistan's last start against Bangladesh, where Dzhalilov banked four in the 5-0 rout in Dushanbe. 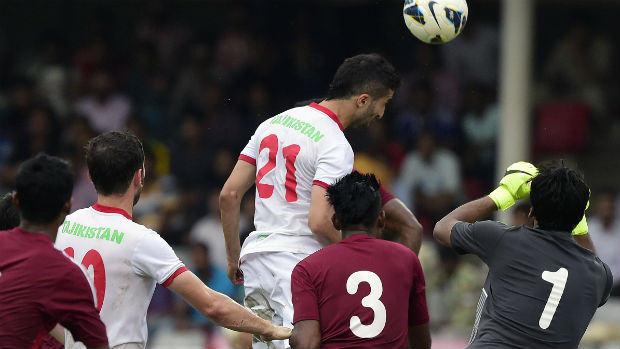 The former Lokomotiv Moscow forward has seven goals in total from eight international appearances having made his debut back in 2011.

Prior to that he was a member of Tajikistan’s U-17 side that qualified for the 2007 FIFA U-17 World Cup in South Korea, where they fell agonisingly short of progressing to the knock-out phase.

Currently on the books of local side FC Istiklol, who were run away winners of last season’s Tajik League, Dzhalilov was the competition’s leading scorer and named player of the year.

So while the Socceroos will go into Thursday’s clash as overwhelming favourites they’ll have to make sure this pocket rocket doesn’t catch them off guard.