“I remember giving the ball away the first time... I passed the ball to Marshall Soper and it didn’t go straight to him, and boy did I get the stare.

“Wow, I thought, ‘welcome to international football’ - I didn’t give the ball away for the next 90 minutes, let me tell you that!”

Paul Wade knew from his first touch of the ball in the Green and Gold that if he was going to keep a hold of his Socceroos shirt, he was going to need to pull up his socks and work for it.

From a nervous 24-year-old making his Socceroos debut against Czechoslovakia in 1986, Wade forged a storied 84-cap international career, 46 of which he played as Socceroos captain.

Fast-forward to March 20, 2020 – Wade’s 58th birthday – the Socceroos legend tells socceroos.com.au those initial nerves he felt on his international debut stayed with him every time he put on the shirt, but he wouldn’t have had it any other way.

Wade’s Socceroos debut began as a relaxed day out on the pine, and ended in a baptism of fire.

Australia was hosting Czechoslovakia for a three-game friendly series in August of 1986, and Wade (24 at the time) was selected for the Socceroos by then-coach Frank Arok.

“I can remember being told the first time I was playing for the Socceroos or at least in the squad, I was totally amazed at that,” Wade said.

“Every time you played for the Socceroos back in the day you actually found out from the Sydney Morning Herald or the Herald Sun in Melbourne that you were playing, that you were in a squad.

“It didn’t matter how you got told, you were just over the moon and humbled by the fact.”

He took his place on the bench to watch the first match of the three-game series unfold, but before long he found himself thrust into the action.

An injury to Ken Murphy on the half-hour mark put a premature end to his afternoon, and when Arok turned to Wade on the bench to fill Murphy’s boots, the young midfielder could hardly believe his ears.

“I was quite relaxed to tell you the truth - why? Because I was sitting on the bench,” Wade said.

“We were playing Czechoslovakia as they were back in the day, and Kenny Murphy - who played for South Melbourne - got hurt, he did his knee.

“I remember Frank Arok standing at the end of the bench and saying ‘Wade get warmed up.’

“Of course I’d looked over my shoulder thinking ‘no, there’s got to be another Wade somewhere, don’t tell me he’s putting me on’.

“That was where I started to panic, that was where my heart was racing like you wouldn’t believe, just to go on and stand next to guys that were three times bigger than you.

“I remember giving the ball away the first time... I passed the ball to Marshall Soper and it didn’t go straight to him, and boy did I get the stare.

“Wow, I thought, ‘welcome to international football’ - I didn’t give the ball away for the next 90 minutes, let me tell you that!”

Wade carried the same nerves and pre-game jitters with him from his first touch of the ball in the Green and Gold to his last; it’s an aspect of his game which he says helped him to keep a firm grip on his place in the side and forge a long-lasting Socceroos career.

“I felt a little bit nauseous standing in the tunnel which again is a good thing, but I wouldn’t swap it for the world, absolutely not,” he said.

“As long as you’re nervous and a little bit anxious, it means that you’re thinking about it.

“I always had that on my side which is probably why I went out there and played a few games, because a) I never thought I’d be picked for the next one, and b) when I did I was not going to come off that ground not tired.

“I never thought ‘yeah I’ll be playing in the next game’, every time I played for my country I was celebrating, the heart races, you want to tell everybody, it is very, very special.”

I remember finding out for the first time that I was going to be the captain.

We were all sitting in a room and Thommo [Eddie Thomson] goes ‘we’re going, don’t forget this, don’t forget that, and Paul Wade is going to be the captain for this tour’.”

Four years after making his Socceroos debut, Wade received the captain’s armband he was set to wear 46 times throughout his career.

Wade could hardly believe it, but took it upon himself regardless to try harder than anyone else in the camp to ensure he led by example from that moment on.

Wade recalls the questions circling his mind in the moments after he was handed the captaincy: “I went to myself ‘seriously? Did he actually say that?’ I had played a few games, but to be considered captain?”

“A couple of days later I looked around the room and all the superstars had gone to Europe.

“I joked to myself ‘if they’ve gone to Europe, that’s why I’m the captain, and it’s the only name they can pronounce which is another reason I’ve become captain’ - but I didn’t care.”

In his first game as Socceroos captain Wade scored in a 3-0 win over Indonesia in Jakarta to win the 1990 Indonesia Independence Cup Final.

“We won that tournament, great, well done me!

“It was a massive crowd, a home crowd, and I picked up the cup, they gave it to me, I put it in the air and everyone in the stadium had gone because their team had got beat.

“I was gutted, I was thinking World Cup, billions of people watching you, what an anti-climax that was!”

Continuing on from his first taste of Socceroos captaincy, Wade outlined the way he approached the role in the forthcoming years: “I was just myself, I guess, I just tried harder than anybody else, but I had to.”

A meeting with Maradona

In 1993 Australia played a two-legged playoff against Argentina for a spot in the 1994 FIFA World Cup USA.

The names on the Argentinian team-sheet were frightening: the likes of Fernando Redondo, Diego Simeone, Gabriel Batistuta, and of course, the great Diego Maradona.

But Wade captained a fearless Socceroos side into battle over the two legs: the first at Sydney Football Stadium ended 1-1 thanks to an Aurelio Vidmar strike, but an Alex Tobin own goal in the return leg in Buenos Aires ensured Maradona and Argentina proceeded to the World Cup.

“Looking across the ground on the halfway line, I remember seeing all these blue and white shirts and flags and people singing, thinking ‘you miserable lot, where are the Socceroos supporters?’

“I must admit I was standing next to Maradona thinking ‘jeez, you are only small, and you look strong to me’.

“Of course when I went out there I didn’t see the ball, I didn’t touch it, I [only] got a couple of tackles in.”

"When we went to Argentina they called me 'The Dancing Aussie', because that’s what I did.

"I stood behind him in that crouched position thinking ‘I bet he’s got the ball, but I can’t see it’

“It was quite an experience, [I was] gutted when he crossed that ball for them to score in Sydney, but the rest of it: wow.”

When Aloisi made history

Wade never made it to a FIFA World Cup, but he was sat in the Sydney Football Stadium when John Aloisi fired the Green and Gold past Uruguay in that penalty shootout to hand the Socceroos a berth at the 2006 FIFA World Cup, the nation's first appearance in the tournament for 32 years.

“I was sitting on the furthest side of the ground from the tunnel,” Wade said.

“When Aloisi scored the goal and he ran around the touchline, I was there. He did it in front of me when everybody jumped on him and celebrated.

“But just before that last penalty, I remember everybody in the stadium knew that if he scored we were going to the World Cup.

“I remember as I looked down the touchline to the penalty spot, so many people were looking the other way.

“We’d been so disappointed on so many occasions, it was like ‘oh no, let’s not look, we can’t look’

“It’s like players in the middle of the ground, some players can’t look. 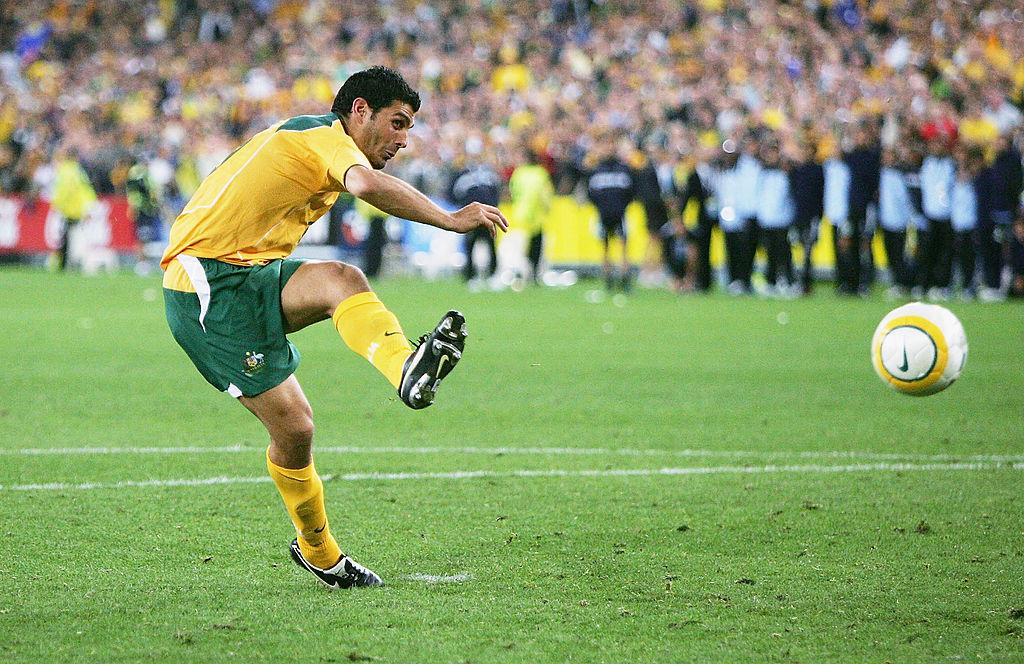 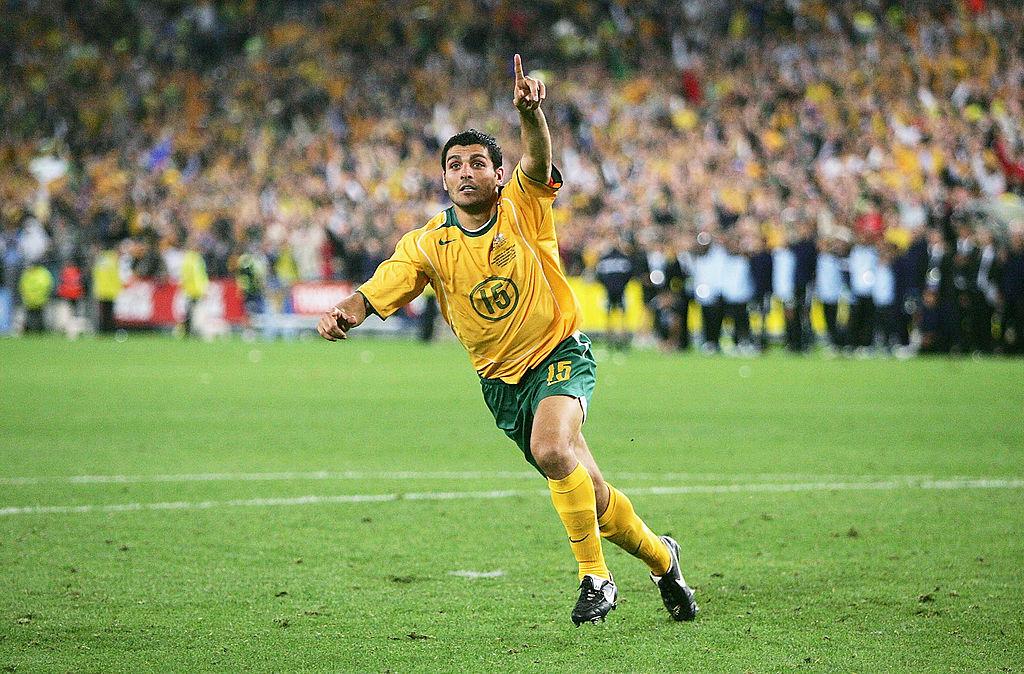 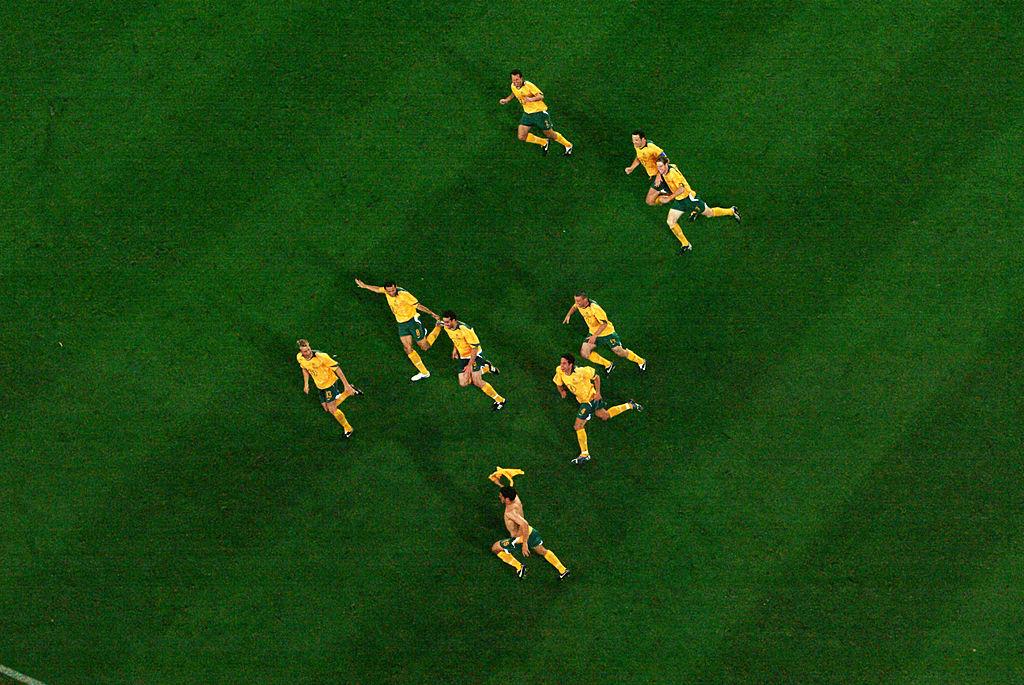 “Well, thousands weren’t looking when he scored it, but boy when he did... never hugged so many people in all my life.

“Haven’t cried like that for years and years, since I got my finger trapped in a door.

“It was very, very special.”

A life after football

I haven’t got a real job.

I joke about that but I haven’t - because I love what I do.”

Since his retirement in 1996 Wade has spent the majority of his time sharing his stories, both on air as a broadcaster and to crowds as a public speaker.

Throughout his playing career Wade lived with epilepsy away from the eyes of the public and without the knowledge of his peers, teammates and coaches.

Since his retirement, however, Wade has shone a light on his condition, and how he dealt with it through football and life, and is using his countless stories to offer guidance to those in need, from any walk of life.

“I am privileged enough to have lots of football stories,” Wade said.

“I’ve got shirts that I’ve swapped [with players] from all over the world... and I’ve got health stories where I’ve had part of my brain removed and I’ve lived with epilepsy, having seizures during games but not telling anyone.

“With those two topics I have now invented or moulded a presentation that lasts 45 to 60 minutes, and I can relate it to anybody’s life.

"Sport does that, doesn’t it? Sport can connect with anybody.”