Tommy Deng just wants to get back on the pitch. And when J-League football resumes, the Australia U-23 star is ready to fly the flag for Australian players in Asia’s toughest competition.

Upon arriving, Urawa clubmen raved about the quality of Spiranovic, who played for the Reds from 2010-2012.

Deng, a confident, ball-playing defender of similar mould, wants to make his own impression.

“If I do well here, it’s good for all Aussies,” he told www.socceroos.com.au.

“They can see the qualities that we have. We’re all very hard-working players, we’re very open and we love to work for the team and respect culture.

“If I can do well here, it opens doors for other Australians.”

The defender certainly has all the tools to make that happen. Urawa scouts had long been a fan of the former Melbourne Victory man, for whom a move to Japan was in the billing in the middle of Australia’s AFC U-23 Championship campaign in January.

“My agent told me three days before the Uzbekistan game that they were coming to have a look at me and potentially make an offer depending on how I performed,” Deng says.

“The offer happened really fast. After we were done in Bangkok I flew to Tokyo, did the medical signed the contract and then that night flew back to Melbourne and started packing up my stuff!”

Deng may have to bide his time a little bit longer because of the J-League’s suspension to the COVID-19 pandemic.

The waiting is frustrating for Deng. But it has also allowed him the chance to transition into life in Japan.

COVID-19: A message from the Socceroos
COVID-19: The state of play in leagues around the world

“I missed a lot of the pre-season. All of the tactical side I missed, so in a way it’s a good thing now that we have this time off because I get too concentrate and learn what the coach wants from me and the style of the team. In a few weeks it’s giving me a bit of time to adjust," he explained.

“It’s a big change from Australia. For me, I have really good people at the club to support me. My teammates are all very open and very friendly as well. There is a Dutch guy in the team that I speak to a lot. I speak a bit of Dutch with him. The team’s quite helpful, I’m slowly adjusting.”

The Australia U-23 centre back is living in a two-bedroom apartment in Fukaya, 45 minutes away from the middle of Tokyo.

He is also an hour’s drive away from ex-Victory teammate and one-cap Socceroo Jason Geria, who plays for second vision outfit JEF United Chiba. The pair met for a Korean barbeque two weeks ago.

Playing abroad is not new for Deng. He lived in and played in Holland for Jong PSV for a year, but he admits he is slowly but surely coming to terms with the language barrier.

“I’m going to try and learn all the football terms to communicate on the field. The coach and the payers have spoken to me and said even if you speak in English we’ll be fine," he said.

“Just instruct us and tell us what to do. For me that’s been the hardest thing here, communicating on the field and getting to know all the player’s names, that took me a while.

“I’m starting to get used to them now. Communication is probably one of the hardest things. But it’s getting a lot easier.” 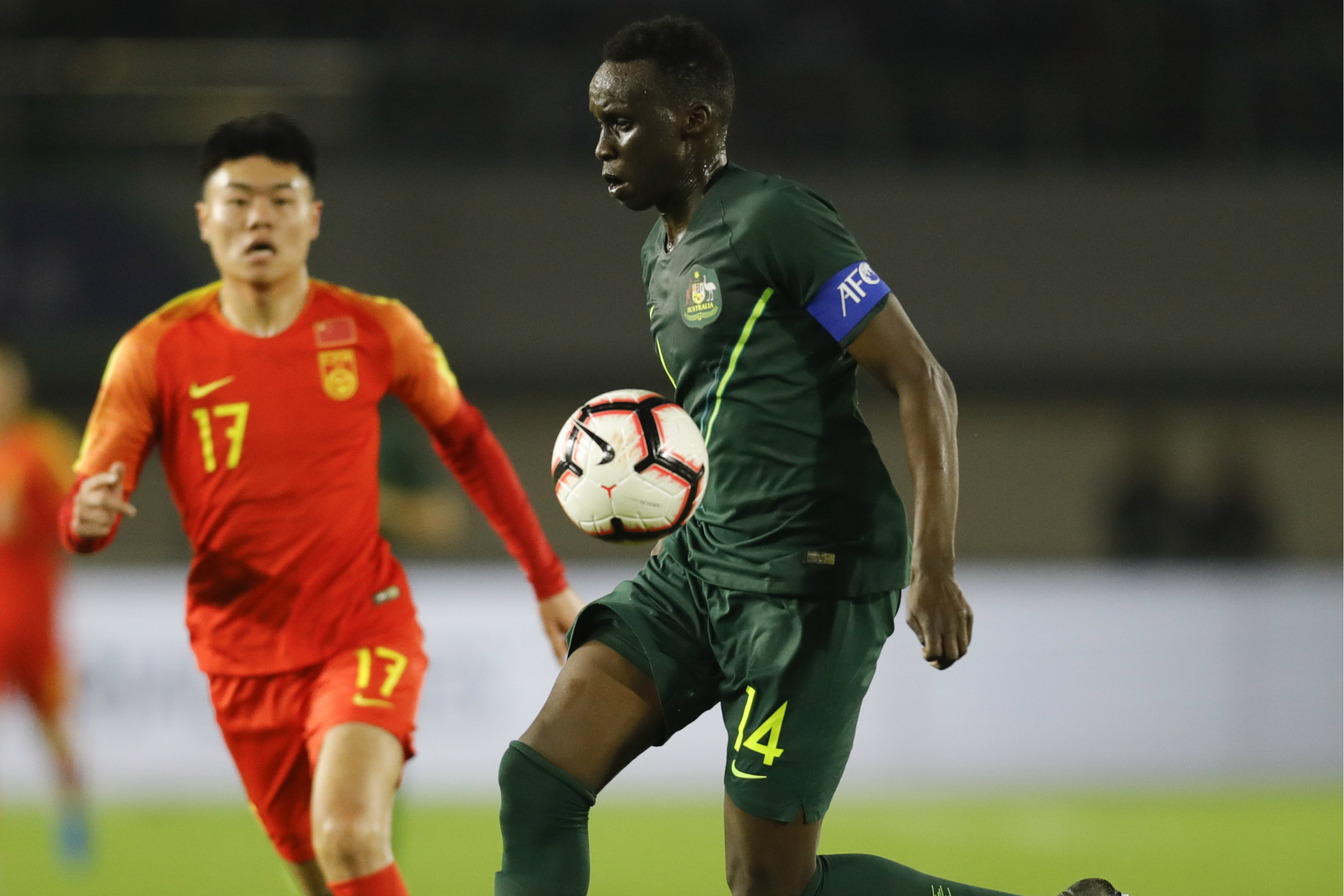 STATEMENT: Australia U-23 remain on track for Tokyo 2020 Olympic Games