Connor Metcalfe jokes that he unleashed his ‘inner Stevie G’ for the Australian U-23’s during their 2-1 win over Macarthur FC on Tuesday afternoon.

The result saw Graham Arnold’s side end their first camp in almost 11 months on a high as they ramp up preparations for Tokyo 2021.

Metcalfe’s powerful strike from the edge of the area restored parity in the 79th minute before Ramy Najjarine added a second just a minute later to seal the victory.

“I was just lurking outside the box and I saw Cammy (Devlin) play it short and then I just asked for it,” he recalled.
“It went on my right and I saw the players rushing out so I faked it on the left and then just hit it and hoped.

“My inner Stevie G came through and thankfully it went in. I think Mum will be proud!” 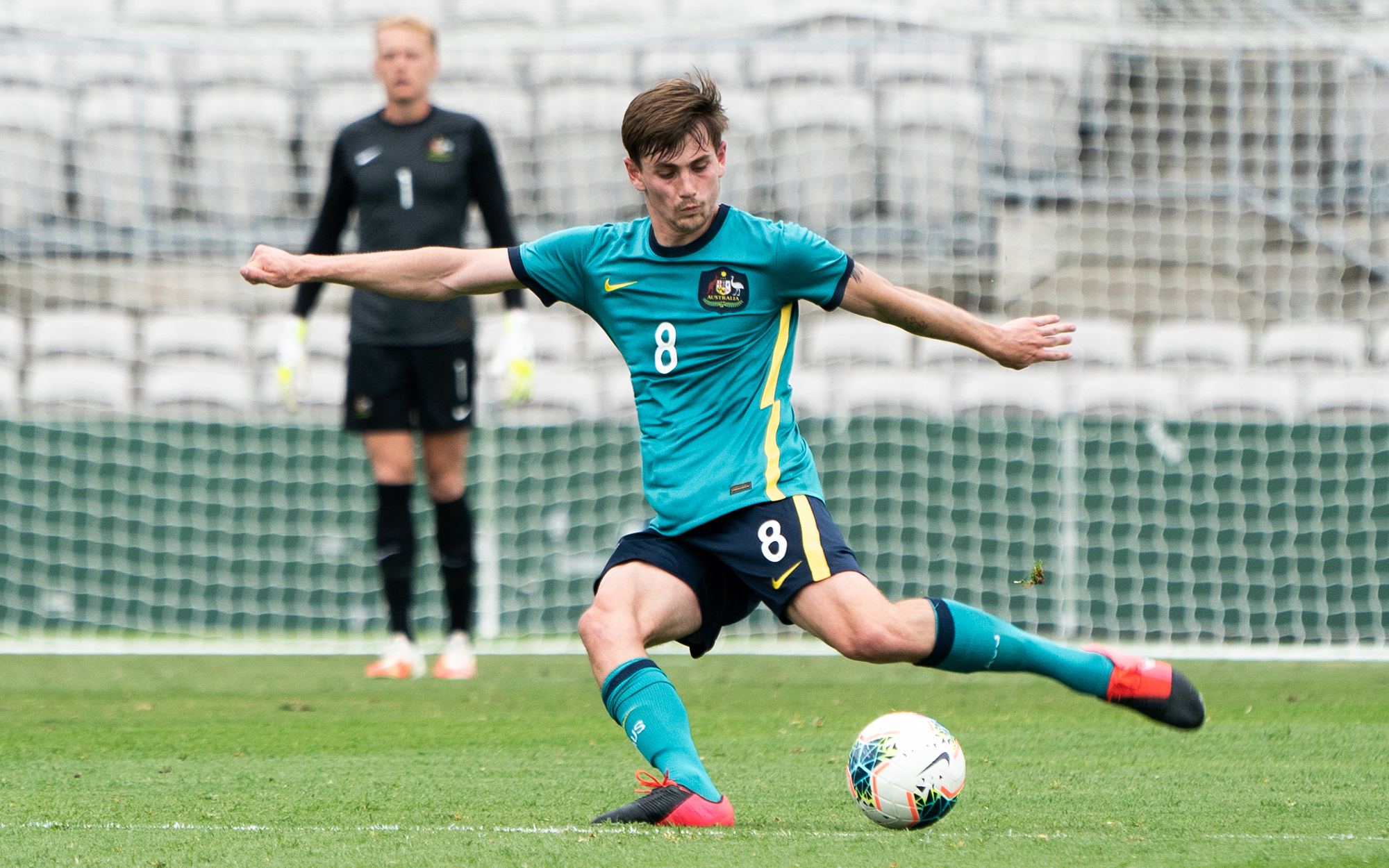 The powerhouse midfielder is eager to build on his momentum during the upcoming campaign with a chance to represent his nation on the Olympic stage at stake.

“Last season was a bit of a crazy season where I didn’t expect to play that many games,” he reflected.

“This season I've got to try and play consistently well each and every game and hopefully get on the scoresheet.

“But for me it's all about playing as many games as I can.”

The 21-year-old enjoyed the opportunity to reunite with the national squad for the first time since they sealed Olympic qualification in January.

He believes that Tuesday’s victory was the perfect way to cap off a productive nine-day camp.

“It was good to end on a high note,” Metcalfe said.

“Everyone will go home now, go back to their clubs, look at the positives and take them with us.

“It’s all about going back to your club and getting as many minutes as you can, because at the end of the day if you're not match fit then your chance of going to the Olympics is highly unlikely.”