Western Sydney Wanderers FC defender Tass Mourdoukoutas believes Australia will enter their third and final Group A match at the AFC U-23 Championship Thailand 2020 with a resolute, rock-solid mindset after coming from behind to defeat hosts Thailand 2-1 on Saturday.

Australia’s youngsters take on Bahrain at the Thammasat Stadium this evening (local time) and enter the contest with the knowledge that a win or draw will seal a place in the last eight of the competition.

Mourdoukoutas told media on Monday that the group is eager to back-up their last start win in the tournament, thereby finishing the group phase unbeaten.

“Everyone is in a real good frame of mind and morale is very high,” Mourdoukoutas said. “It is not easy to go one-nil down in tournament football, but the way we reacted as a team – excellent.”

“The mindset, you can see it in the group every day in training and in the match (against Thailand), it just shows that we are a real strong bunch.”

LIVE STREAM: Australia U-23 v Bahrain U-23
DONATE: How you can support the bushfire and drought appeal

"We take every team as they come and we have got to show respect to all the teams that we play, but at the end of the day it is all about us. If we do all the things right and that we know how to do … there should be a good result for us, and we will be looking to kick on in the quarters.”

Mourdoukoutas featured for the full 90 minutes in Saturday’s win in front of over 22,000 fans at a raucous Rajamangala Stadium in downtown Bangkok. 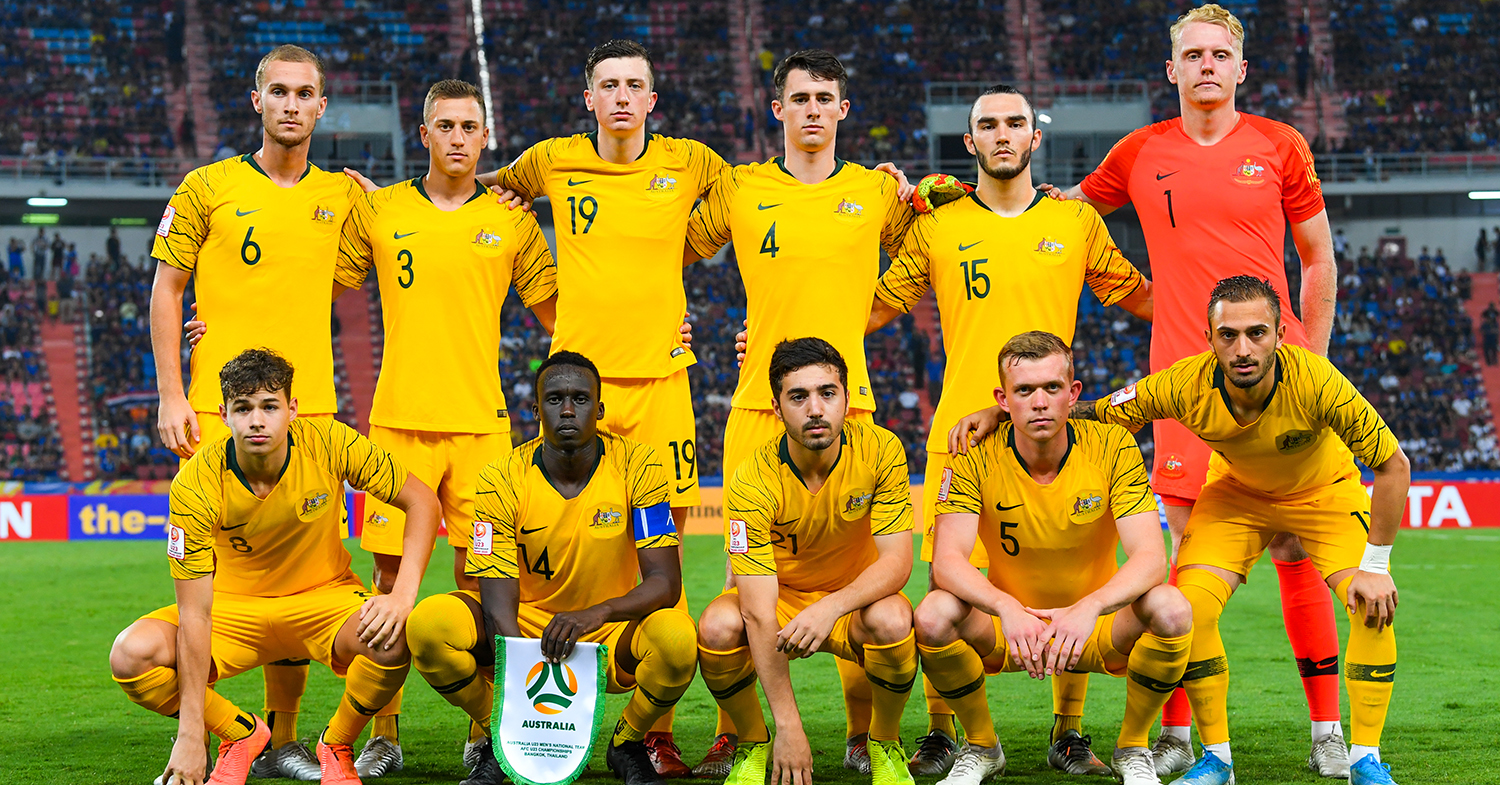 Should the Wanderer play again this evening it would mark his third match in the green and gold since the turn of the year, after also featuring against Korea Republic in a pre-tournament friendly played in Kuala Lumpur, as well as against Thailand.

With members of Australia’s roster in the Thai capital – Mourdoukoutas included – linking with the squad on the back of varying Hyundai A-League match minutes, the defender added that players had worked diligently in the build-up to the tournament to ensure that they were ready for the rigours of the competition.

“We are a really fit group, and that’s a credit to all the individuals maintaining their fitness whether they are playing or not playing back home, but also to the coaching staff,” Mourdoukoutas explained.

REPORT: Australia U-23's surge to top of Group A after comeback win over Thailand
REACTION: Arnold: Character key in Thailand comeback
REACTION: D'Agostino: One of my greatest career achievements so far

“They (Australia’s staff) have done a great job to keep everyone fit and check-up regularly on all the boys – the ones that are playing and not playing.

“As a young Australian in the A-League it is not the easiest to get game time – if I can generalise here – and it is hard without a real reserve team, if you are not in the first team each week, to get the minutes you need.

“Credit to all the individual players staying fit, staying healthy and also communicating well with a great coaching staff and group behind us,” he said.

The contest will be broadcast live in Australia on Fox Sports, Kayo Sports, and via the My Football Live YouTube Channel.

Socceroos defender Bailey Wright has moved to League One powerhouses Sunderland on loan for the rest of the season. Wright has joined the Black Cats from parent club Bristol City. The powerful defender, who is club captain of the Robins, has been restricted to just three ap