Ante Milicic has praised the character of his Young Socceroos after they overcame illness and a desperate opponent to record a vital 2-1 win over Vietnam at the AFC U-19 Championships on Monday night.

Newcastle Jets attacker Angus Thurgate and Ipswich Town’s Ben Folami scored either side of half-time to give the Young Socceroos a deserved lead before Vietnam hit back through substitute Le Van Nam to ensure a nail-biting finish.

But the Aussie youngsters held on for victory and now need just a draw in their final group match against Jordan on Thursday to advance to the quarter finals.

And they did it without skipper Seb Pasquali who was ruled out due to an illness which swept through the squad in the last couple of days.

“I’m so proud of the team today, to not play one of our best games but still find a way to win,” Milicic said after the match.

“We’ve had in the last couple of days players and staff with illness…and on top of that a few players picking themselves up just to play today when they were nowhere near 100%.

“The character that the boys showed is full credit to them.

"Sometimes in football you consider getting the three points being the most important thing and we got them today so we are delighted.”

The Young Socceroos opened the scoring on 37 minutes when Vietnam’s defence failed to pick up Thurgate from a set-piece, allowing him to calmly slot the ball under keeper Y Eli Nie from close range. 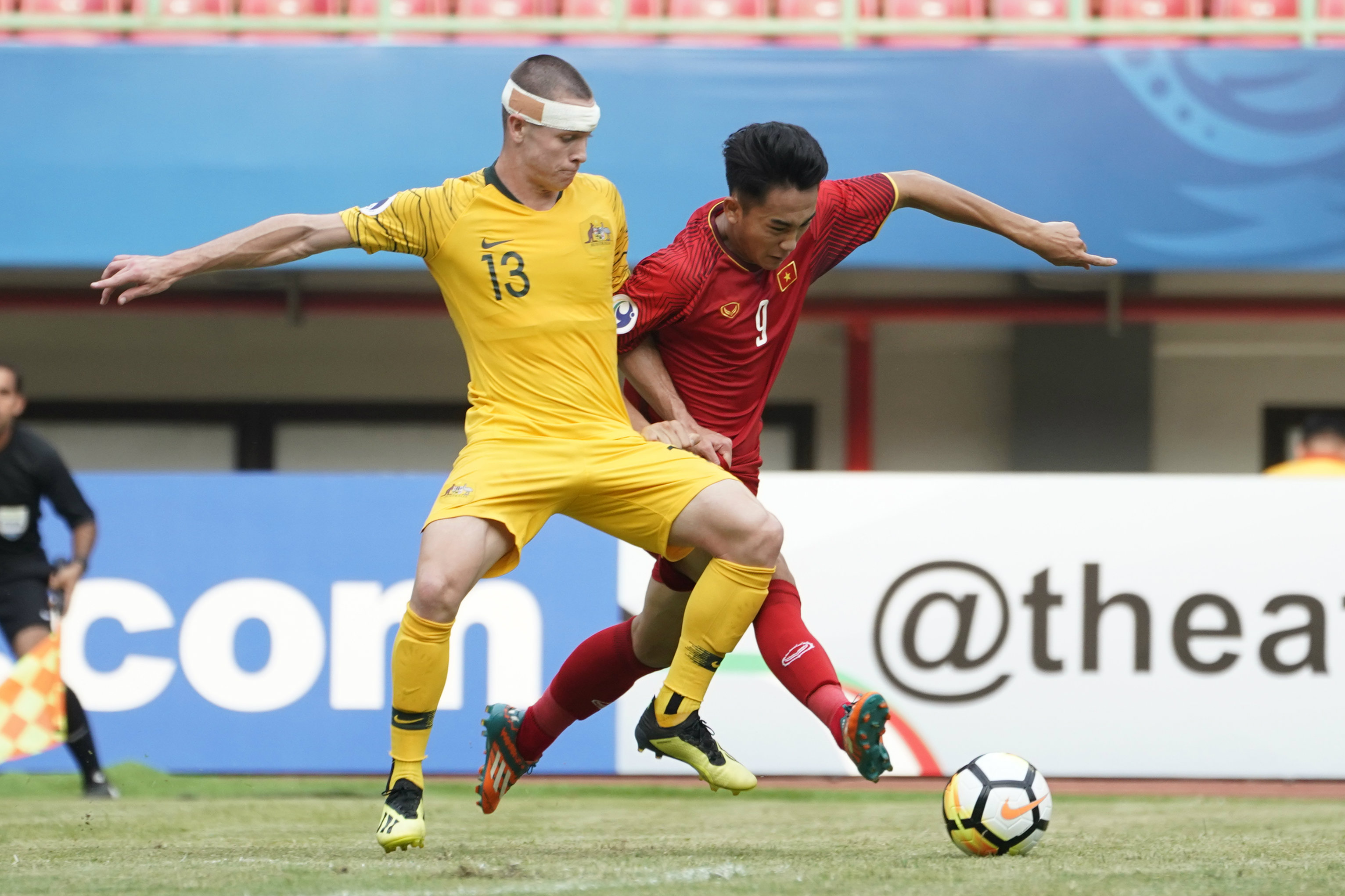 Folami doubled the lead when he steered the ball into the bottom corner after being found by an excellent pass from Nathaniel Atkinson.

Vietnam set up a nervy finish when they pulled a goal back with five minutes left but the Young Socceroos held firm to secure a valuable three points.

With Korea Republic beating Jordan in the other Group C encounter, the Young Socceroos know they will advance to the last eight with a draw or win in their final group match.

“It will be a tough game. I’ve said from the start this group for me is the toughest in the tournament,” Milicic said of the Jordan clash.

“From my experience with the senior national team playing against Jordan, I understand their mentality and type of football. We won’t underestimate them.

“The positive is everything is in our hands so we know if we get a positive result we get out of the group and that’s been our goal from the start.”