In their first match on home soil in over two years, the Socceroos host Saudi Arabia at Western Sydney Stadium on Thursday night at 8:10pm (AEDT).

Watch all of the action LIVE & FREE on Channel 10 (except for Perth audiences, who can watch on 10 Bold) & simulcast on 10 Play!

After suffering defeat against Japan to end a historic 11 game winning streak in their last outing, the Socceroos will be looking to bounce back against an in-form Saudi Arabia.

The Green Falcons have won all four of their group games to date and have conceded just three goals in the process.

While Saudi Arabia are undefeated at the top of Group B, the Socceroos welcome fans back into a stadium on home soil for the first time since October 2019 when Australia defeated Nepal 5-0 in Canberra.

The side had a small taste of fans being back in a stadium during their last match when 100 lucky Australians witnessed the Socceroos lose 2-1 to Japan at the Saitama Stadium, but Thursday night's match will be a whole different experience.

A win against Saudi Arabia will snatch top spot in Group B and go a long way to securing a historic fifth consecutive FIFA World Cup.

Returning to the squad for the camp is Melbourne City FC’s Mathew Leckie, Jamie Maclaren, and Andrew Nabbout.

The trio will bring experience and attacking firepower in the absence of Tom Rogic and Aaron Mooy, who have both been ruled out of the camp due to injury and COVID-19 regulations.

The sole uncapped player in the squad is former Central Coast Mariners utility Gianni Stensness, who is now playing his football in Norway with Viking FK.

Saudi Arabia on the other hand are without their starting goalkeeper Mohammed Al-Owais, who has been unable to recover from an injury sustained against China in their last match.

Australia have played Saudi Arabia eight times with five victories, two draws and one defeat. The last time the two faced off was in FIFA World Cup 2018 qualifying when Australia defeated Saudi Arabia 3-2 in Adelaide in 2017.

With plenty on the line for both sides, the match has all the makings of an enthralling encounter.

Elsewhere in Group B, Japan travel to Hanoi to play Vietnam while China host Oman on neutral ground in the United Arab Emirates.

Yet again October's matches will be broadcast live and free on Australia's 'Home of Football,' Network Ten.

Most Australians can watch the action live on Channel 10, apart from Perth audiences who can watch on 10 Bold.

Fans nationwide can stream the action wherever they are via 10 Play app and website. 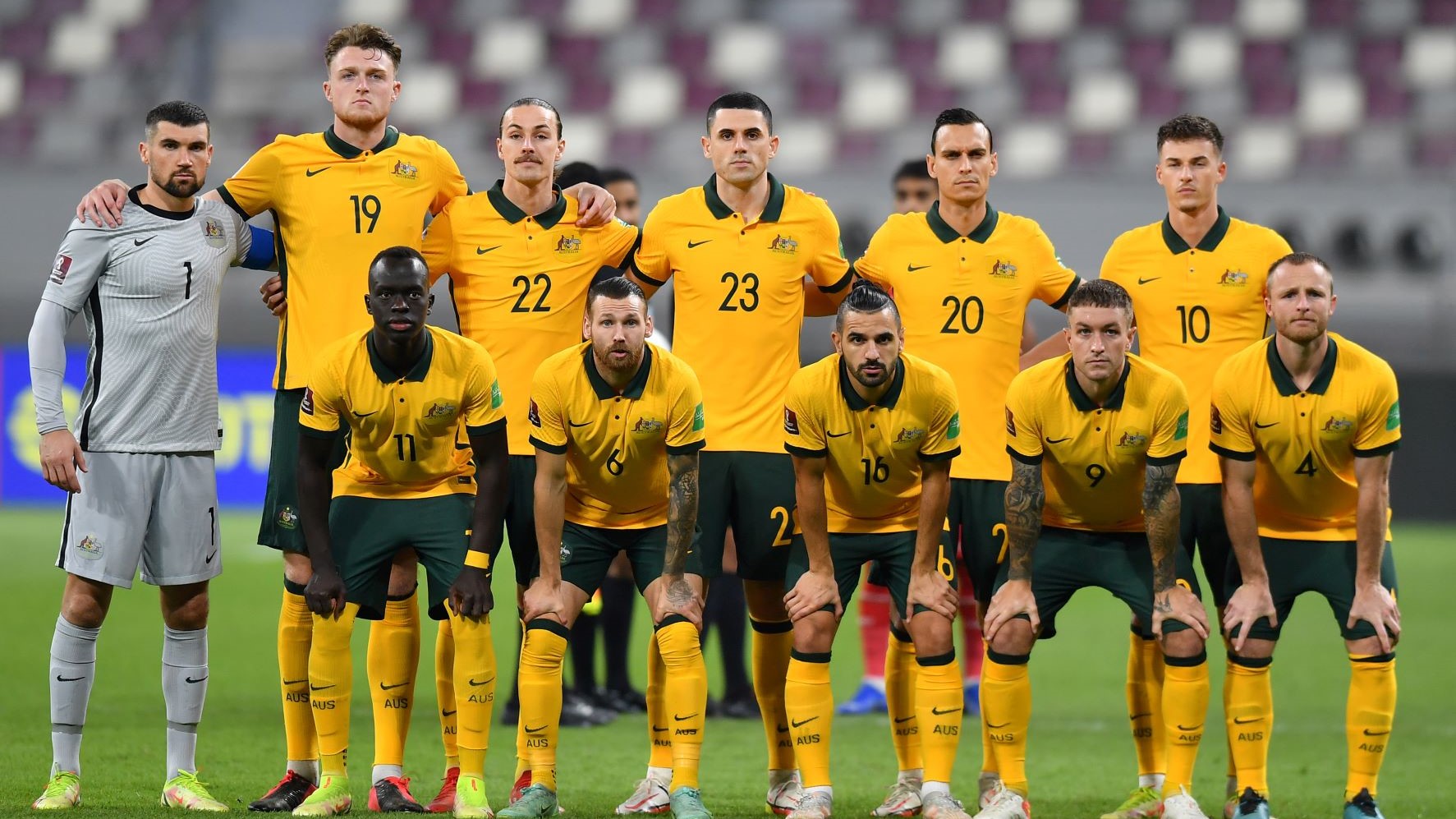 How to buy tickets

As Australia opens up, fans will be able to take their place in the stands Western Sydney Stadium to welcome back the Socceroos upon their long-awaited return.

Ticket allocations are limited, and no walk-up sales will be made at the ground, so make sure you get in early to ensure you don’t miss out!

Fans wishing to attend will be required to comply with NSW Government Health regulations:

Further information on transport, Stadium access and requirements for fans in the venue will be available in the coming days. 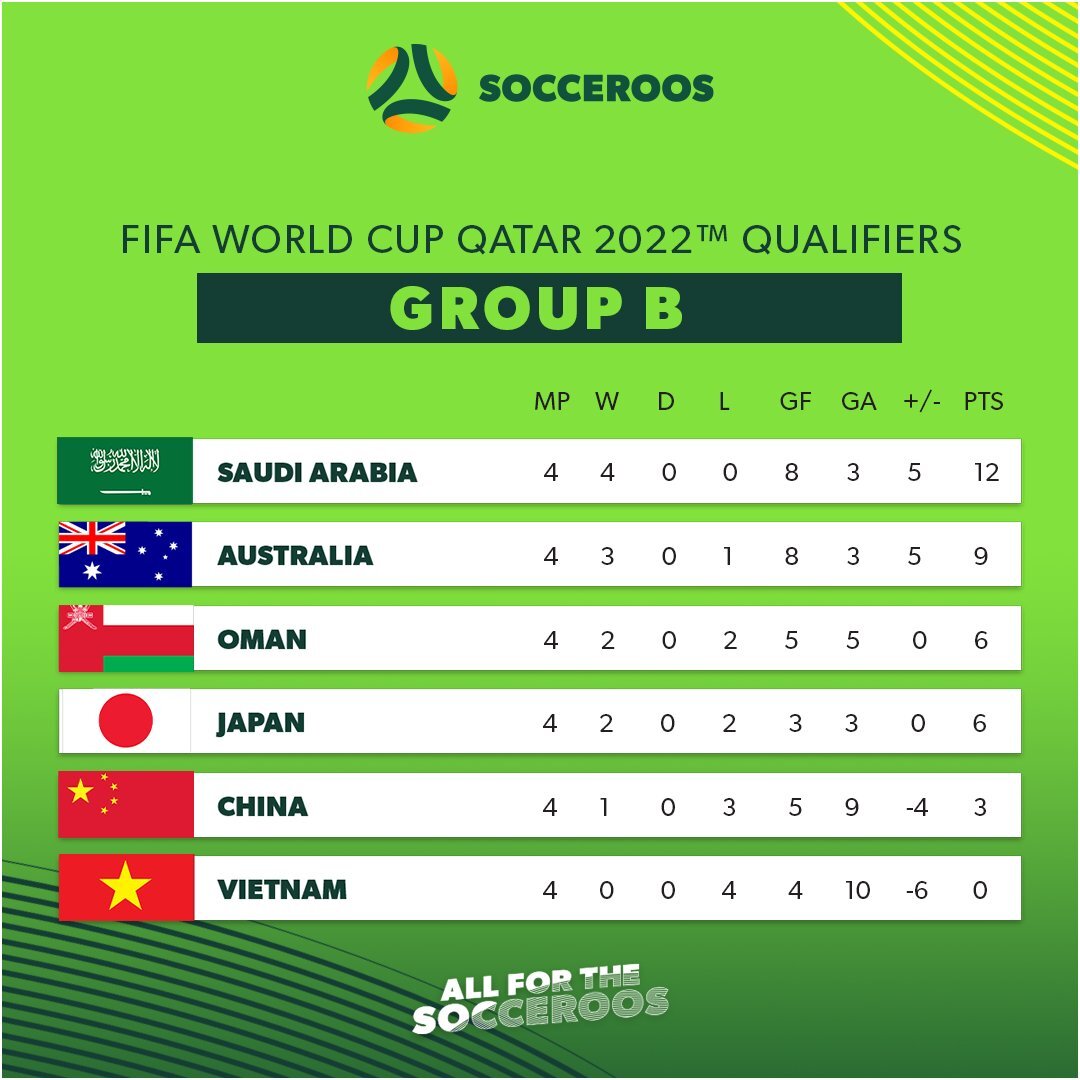 "The Saudis are coming off a good run but they’ve had the luxury, if I can say that, of playing seven out of their eight games at home and in the Middle East, and we’ve played 11 out of 12 away from home.

“I always send the boys out onto the pitch expecting to win the game and to play on the front foot and get in the opposition's faces.

“I do believe that with the goals we've scored in the campaign and being up there as one of the leading goal scoring nations in Asia, we do put a lot of pressure on the opposition and don't let them get out of their half.

“You've seen me make changes many, many times to the front line to keep that pressure going, and we will do exactly the same here in Sydney and the energy will be huge.“