From breaking through with Adelaide United, to playing at the Bernabeu and Camp Nou: all in less than a decade.

While so much has been rightfully celebrated around Awer Mabil's personal journey in recent weeks, his football story is the stuff of dreams.

All considered, it was fitting that Mabil's move to La Liga outfit Cadiz CF was announced in his home town of Adelaide on Friday.

In his first press conference as a Cadiz player, the Socceroo revealed how his desire to play in Spain was sparked by a 'father figure' he met back in the City of Churches.

A few months after Mabil made his senior debut for Adelaide United in January 2013, former FC Barcelona youth coach Josep Gombau arrived at the club.

Under Gombau, the young winger steadily rose in stature within Australian football, winning his first piece of silverware in the 2014 FFA Cup (now Australia Cup). 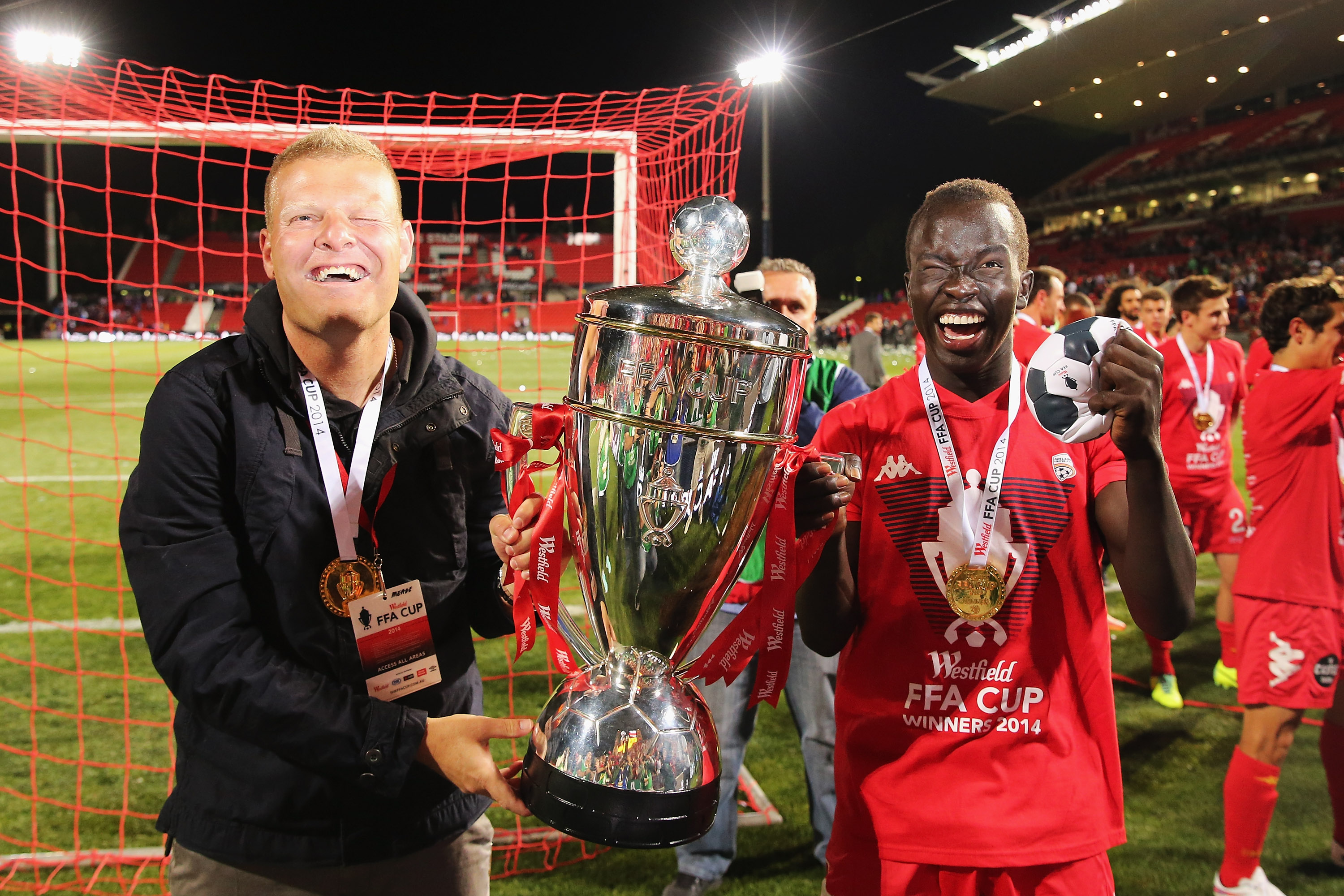 Almost 50 A-League Men's appearances between 2013 and 2015 - the same two years Gombau was in charge - set the platform for Awer's maiden overseas move, signing for Denmark's FC Mitdjylland where he would remain contracted for seven years.

While he continued his football development abroad and spent time out on loan in Portugal and Turkey, Mabil shared how he has never forgotten the Spanish influence upon the early years of his career.

"To play in La Liga was one of the main goals of my footballing career since I was a kid, now it's becoming a reality," he said.

"The weather and the style of football are great but for me, the most important thing is that I had a Spanish coach here in Adelaide.

"To be honest, that was the best part of my career in a footballing sense and the environment I was in.

Josep (Gombau) played a big part in my footballing career, he helped me understand things I still carry with me now, that's why I think going to Spain will be a perfect match.

Mabil's relationship with Gombau is so strong that he was amongst the first people the Socceroo called after helping his nation qualify for the FIFA World Cup Qatar 2022.

While there is still a bit of a language barrier between the two, Awer joked how his move to Spain will help reconcile that.

"I spoke with him straight after we qualified for the World Cup, I face timed him and I couldn't hear what he was saying!," Mabil shared.

"Josep has been like a father figure for me for a long time, and that's something I keep with me always.

"His English is still horrible, so maybe I have to make sure I learn Spanish for him also, so we can have a better conversation and more understanding."

As he looks ahead to August, when Cadiz's campaign kicks off against Maty Ryan's Real Sociedad, the reality of mixing it with Spain's best is still sinking in for Mabil.

"It's a big moment for me, it’s touching to be able to share this moment with them right now," he said, "It's a dream come true for me my friends and my family, we've worked really hard collectively."

"It's just a challenge, as I never could imagine that I would be playing against them. Now it is a reality, I have to work hard and I will give my heart for the Cadiz fans and city to make sure of success and bring joy to them."

MUST WATCH: Redmayne and Crawley break down 'that' shootout