Caltex Socceroo defender Brad Smith may still play for Liverpool some time in the future thanks to a buy-back clause in the off-season deal that saw him switch to fellow English Premier League outfit AFC Bournemouth.

Smith, 22, was sold to the Cherries in a deal that will reportedly net the Reds over A$10 million.

However Liverpool manager Jurgen Klopp has revealed he plans to closely monitor the left-back, along with fellow former Red Jordan Ibe this season, as they both have favourable buy-back clauses inserted into their deals should they flourish under Eddie Howe at Bournemouth.

The Socceroos defender, who found himself behind Alberto Moreno at Anfield, will hope he showed enough in Bournemouth's  pre-season win against Cardiff City to warrant a start against Manchester United when the new EPL season kicks off this weekend. 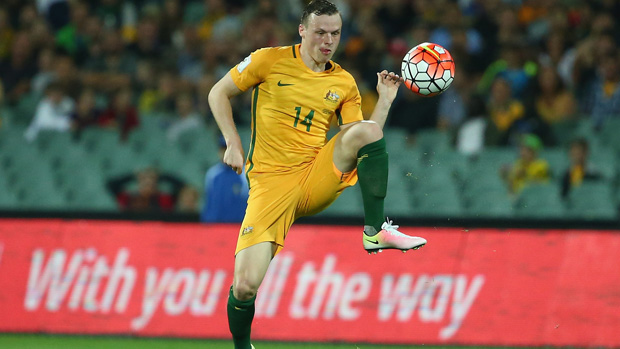 "Things like this are usually really expensive but these aren't," Klopp told the Liverpool Echo.

"Yes, there's a bit of a risk. It's not that you can sell someone for £10m with a buy-back clause of £8m. That would be fantastic!

"Of course you get a fee when you sell a player. But in both situations you think they are old enough and ready to play but in that moment they don't have a fixed position in your team.

"At that age you have to play and that was the case with Brad Smith and Jordon Ibe. They had the possibility to do that [with Bournemouth] and they were deals that absolutely made sense for both sides."

Klopp added: "We will watch them, they will have pressure there, they will fight for the league or whatever, and we will see them growing up in pressure situations. That's perfect.

"If a player is on loan it's different. It's like going on holiday. You can always go home. That's difficult for these guys as they are always between clubs.

"Now Smith and Ibe are there and we have buy-back clauses. Hopefully they do really well and then in the end we and them will decide.

"The goodbyes were okay with both of them. Liverpool is still in their hearts so we will have a chance if they do well."

Fellow Socceroo and new teammate Adam Federici will also be hopeful of forcing his way into the Bournemouth first team, having been regularly used in goals throughout pre-season.