The draw has been held for this year’s AFC U-16 Championship in India, with Australia included in a tough group for September’s tournament.

The young Aussies were drawn in Group B at the official draw in Goa on Thursday, pitted alongside Japan, Vietnam and Kyrgyzstan.

The Joeys begin the tournament with a clash against Kyrgyzstan on September 16, followed by matches against Vietnam (Sept 19) and then Japan (Sept 22).

The top two sides in the group progress to the last eight, with the final to be held in Goa on October 2.

FFA Technical Director Peter de Roo acknowledged the challenge the Joeys would face in India but was confident they would be well prepared to progress to the knock-out phase.

"It's a tough group, and also poses a difficult cross-over with Group A. Ultimately it is what it is, and we won't let it distract us," said de Roo.

"We will focus on the things we can control, which is the way we play and perform. We had a similar experience with the recent 2015 FIFA U-17 World Cup.

"A tough group is a prefect challenge for us, we want to take it to the best teams in Asia."

Head Coach Tony Vidmar also welcomed the task facing his side and shed some light on what the Joeys can expect at the tournament.

"We know that Japan are a quality team and have invested heavily in their youth development," said Vidmar.

"Vietnam are also a difficult opponent, having played them in September 2015 for the qualifying tournament in Hanoi, winning narrowly.

"Kyrgyzstan are an opponent that we know very little about at the moment so we will certainly need to do our homework on them."

Vidmar also lauded the set-up at FFA's Centre of Excellence and said July's AFF U-16 Youth Championship would provide another stern test for his Canberra-based players.

"Now that we know who we’ll be facing in September, it really gives us something to look forward to," said Vidmar.

"We’ll be preparing the players every day in our FFA Centre of Excellence environment, and also have the AFF U-16 Youth Championship coming up in July which will give our players further international experience, and is an opportunity for us to fine tune our squad." 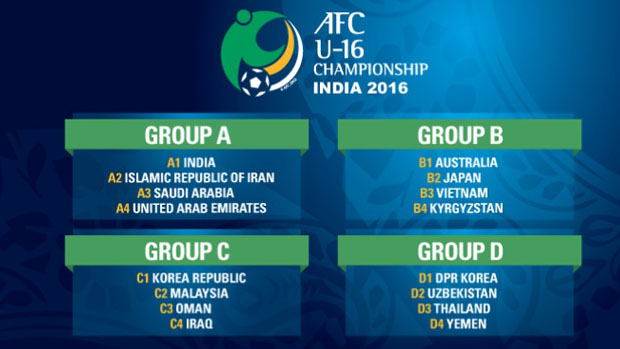